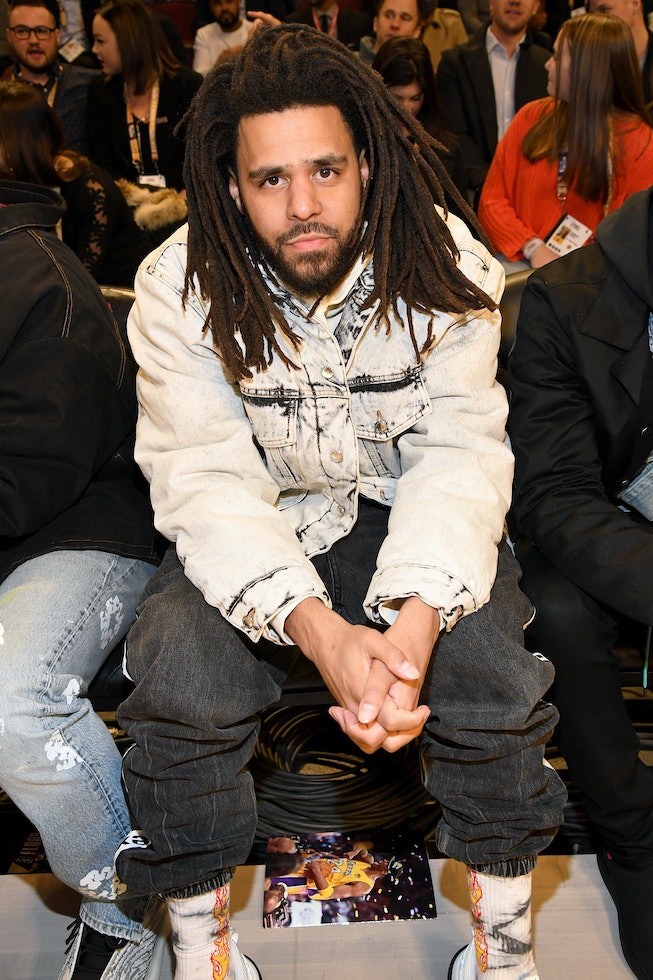 On Tuesday evening J. Cole released his first single of 2020, "Snow On Tha Bluff." While the track finds Cole reflecting on Black liberation, most of the song focuses on a smart "young lady" online, who Cole thinks is subtweeting him about his lack of action in the current movement against police brutality.

"Now I ain't no dummy to think I'm above criticism/ So when I see something that's valid, I listen/ But shit, it's something about the queen tone that's botherin' me," he raps. Immediately, people online speculated that Cole was referring to Chicago rapper Noname, who last month tweeted-and-deleted about unnamed rappers whose "whole discographies be about Black plight and they no where to be found." Less than 24 hours after dropping the single, Cole basically confirmed that Noname is indeed the intelligent young lady with the "queen tone."

In a rare move away from the iPhone Notes app, J. Cole hopped on Twitter Wednesday to address the speculation around "Snow On Tha Bluff." He doubled down on his sentiments in the song: "I stand behind every word of the song that dropped last night. Right or wrong I can’t say, but I can say it was honest." The thread continued with Cole telling people to follow Noname and referring to her as a leader. "She has done and is doing the reading and the listening and the learning on the path that she truly believes is the correct one for our people," he wrote. "Meanwhile a n*gga like me just be rapping."

"I haven’t done a lot of reading and I don’t feel well equipped as a leader in these times," he continued. "But I do a lot of thinking. And I appreciate her and others like her because they challenge my beliefs and I feel that in these times that’s important."

Many online, including other Black women rappers, found it curious to see Cole commending Noname's critical thinking when not 24 hours prior he was condemning her for allegedly talking like she's better than him. "How you gon' lead, when you attackin' the very same n*ggas that really do need the shit that you sayin'?" he asks in the track. "Instead of conveying you holier, come help get us up to speed."

"'follow noname.' we already do," Chika tweeted in reference Cole's explanation. "And the whole song could’ve just said that. but the male ego. big fuckin yikes."

Noname, meanwhile, did briefly respond to the ordeal with a tweet that just said: "QUEEN TONE!!!!!!," though she deleted it soon after. Presumably to turn her attention back to managing a national book club, which recently launched its first prison chapter.