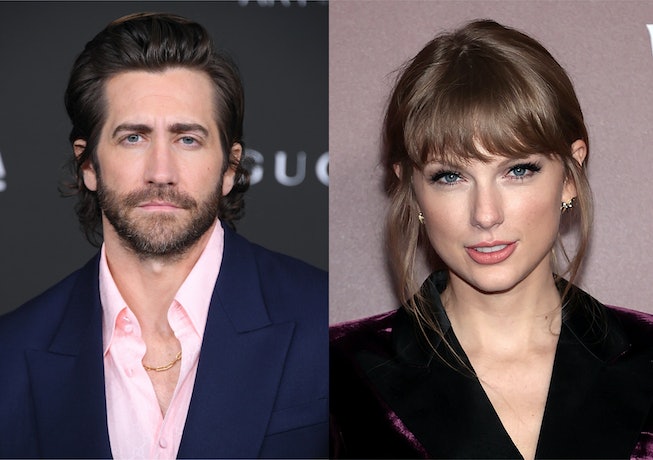 Ever since Taylor Swift released “All Too Well” in 2012, the beloved heartbreak anthem long-rumored to be about her three-month relationship with Jake Gyllenhaal, the actor has stayed mum on the subject — until now.

In a new interview with Esquire, Gyllenhaal finally broke his silence about the track and the overwhelming backlash he received when Swift released the 10-minute updated version of the song with her 2021 re-release of Red, bringing renewed scrutiny to their brief relationship — and loads of Swifties into his Instagram comments.

Ultimately, it appears the actor harbors no ill will towards Swift or the song, telling Esquire when the interviewer brings it up, “It has nothing to do with me. It’s about her relationship with her fans,” he said. “It is her expression. Artists tap into personal experiences for inspiration, and I don’t begrudge anyone that.”

Gyllenhaal, however, did have some thoughts about the overwhelming wave of backlash he received following the release of “All Too Well (10 Minute Version) (Taylor’s Version),” which included new lyrics and details into their rumored relationship. After its release, Gyllenhaal immediately became, as Esquire describes it, the internet’s punching bag, with fans swarming onto his social media and bombarding his comment section, as well as that of his sister, Maggie Gyllenhaal, and that of Jamie Lee Curtis, who’s Gyllenhaal’s godmother. Gyllenhaal eventually turned off his Instagram comments and, notably, Swift never publicly addressed her fans’ reaction, perhaps out of reluctance to confirm that the song was, indeed, about Gyllenhaal.

“At some point, I think it’s important when supporters get unruly that we feel a responsibility to have them be civil and not allow for cyberbullying in one’s name,” Gyllenhaal philosophized to Esquire, seemingly pointing towards Swift’s own inaction. “That begs for a deeper philosophical question. Not about any individual, per se, but a conversation that allows us to examine how we can — or should, even — take responsibility for what we put into the world, our contributions into the world. How do we provoke a conversation? ... There’s anger and divisiveness, and it’s literally life-threatening in the extreme.”

He added: “My question is: Is this our future? Is anger and divisiveness our future? Or can we be empowered and empower others while simultaneously putting empathy and civility into the dominant conversation? That’s the discussion we should be having.”

Gyllenhaal admitted that he knows there’s huge interest in knowing the details of his life, and though he refrained from commenting further about the situation, he concluded: “My life is wonderful. I have a relationship that is truly wonderful, and I have a family I love so much. And this whole period of time has made me realize that.” When asked if he’d listened to Red, he responded: “No.”

Gyllenhaal and Swift’s brief relationship stems all the way back to 2010 when they spent a brief three months together. He’s now dating French model Jeanne Cadieu with whom he’s been linked since as early as 2018. In recent interviews, he’s stated that he’s ready to settle down: “That's all I want is to be a good husband and a father…That really is what I want,” he said to Howard Stern.