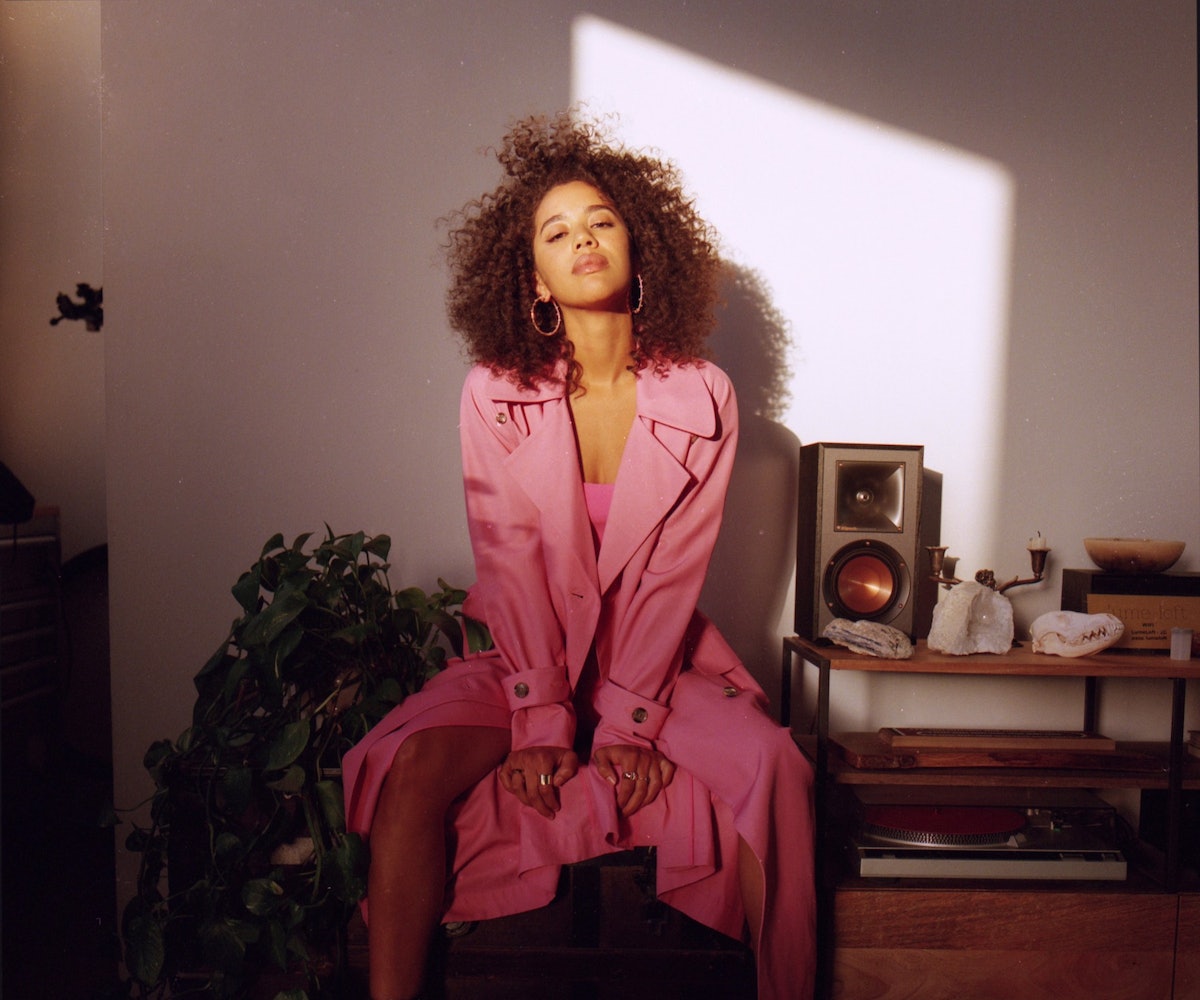 Jasmin Savoy Brown is no stranger to performing: the 27-year-old Oregon-raised actress has an impressive roster of projects under her belt in the time that she’s been in the industry. In 2021 alone, she landed one of the main leads in the Showtime drama, Yellowjackets (premiering November 14), and is one of the newcomers to the Scream franchise (premiering January 14) playing its first openly queer Scream character Mindy Meeks-Martin. But like many artists, she’s multifaceted in how she expresses herself in her art.

Music is a creative avenue that she’s been wanting to explore since childhood. Now, she’s debuting her musical career with her first song, “Crash,” a raw and acoustic offering. Written and produced in the middle of the lockdown, Jasmin’s spreading her metaphorical wings by letting her lyrics speak on behalf of the love and heartbreak she’s experienced over the last two years. Ahead of its release, Jasmin spoke to NYLON about the single, the process of songwriting, and what we can expect from the new Scream.

What made you want to pursue music?

I've wanted to pursue music my whole life. But music has always scared me more because it feels more intimate than acting. When I'm acting, it's fully me, but I'm in a disguise. But when I'm singing, it's my lyrics. It's my musicality. There's nowhere to hide and I think that's why I put it off for so long.

But like so many other people, when I was trapped inside during lockdown, I had to face myself, and one of the things that I couldn't escape from was how unhappy I was because I wasn't doing music. Additionally, I was going through a breakup. My ex and I were together for almost five years and we were living together and broken up and stuck inside. And one of the only places I could escape and kind of process what I was going through was to sit down with my guitar, because I couldn't go on a walk with my best friend or go see my mom or do any of that. And a ton of music just kind of poured out of my body.

Why did you choose “Crash” as your debut song?

It's very raw and there's not any bells and whistles. It's just my voice and lyrics and three instruments. I thought that that was a good way to introduce myself as a musician. I'm all about authenticity and rawness and this is both of those.

Almost every single time I write a song, it looks the same. For “Crash,” it just was one of those nights after the breakup where I sat down in my room and had a lot of feelings and I turned on my voice recorder app. I blacked out and the lyrics and chords just poured out of me. And then 15 minutes later, I came to and I have no idea what just happened. I put my guitar down, I play back the voice recording, and I type everything out. It's usually like five to eight pages of nonsense. Most of it is so bad, but there'll be one or two sentences on each page that are either really good or almost good. And then I compile all of that into one document and then I turn it into the bones of a song.

It truly feels like a scavenger hunt. I have to move my body. I have to get outside and find the lyrics. It's like they're floating in the air and I have to grab them. I have to walk to the top of a hill and be out of breath and reach for a lyric and there it is, or I'll be baking and find a lyric in the bottom of a chocolate chip bag. It's like a puzzle and I'm finding the pieces all over town. And after about a week, I have a song. It's great, but also the worst, because it's very stressful trying to find these missing pieces, wherever the hell they are floating around Los Angeles.

Is there a lyric from the song that stands out most to you?

Scream comes out in January, which has a huge cult following. What is it like joining such a big franchise with that kind of dedication?

It's a big honor. When I joined the franchise, I didn't understand. I actually had never seen the movies, which I think worked in my favor because I probably would've been nervous for the audition. And then when I got to North Carolina to shoot the movie, I realized, Oh sh*t, this is a really big deal. And it's funny, because shooting the movie was such a dream. Genuinely, one of the highlights of my career. One of my absolute favorite casts of all time and an incredible group of producers. And we were in a bubble because of COVID, so it really felt like we were just shooting some little indie. It didn't feel like we were shooting this huge movie with such a big following.

What was it like working with the alumni of the Scream franchise who have been doing this since the beginning?

Neve [Campbell] and Courteney [Cox] and David [Arquette] and Marley [Shelton] are all lovely people. You never know what you're going to get meeting any actor, but especially a famous legacy actor like that. All of them are so kind. David Arquette is a certified Bob Ross painting instructor. One day, he bought all of us canvases and the whole paint set and led us in a workshop on how to paint in the style of Bob Ross. Neve had us over to her place to play board games. Courteney had us over to her place to sing karaoke. They're just all very welcoming and kind.

Without obviously giving away too much, what can we expect from the Scream movie?

A lot of blood, a lot of stabbing. And a really great new cast. We have awesome chemistry. I think people are going to be delighted by what they see on screen. I'm excited.

You made a lot of projects during a time that is—as much as we all hate the word—unprecedented. How has your relationship with art changed over the last 18 months?

My relationship to art has changed because I've realized that pleasure and joy should be at the center of that. It's really cool that I can make money from my art, but I never want to forget that that's not the point. If I stop enjoying making art, then I need to make money in a different way, because creating things really is what wakes me up every day and gives me purpose and I want to have fun doing that.

I've taken things too seriously my whole life. And that's worked for me. It's gotten me this far. In high school, I didn't go to very many football games or dances or whatever, because I was working a job so I could pay to put myself into piano and dance and voice and acting. That's worked, but now I've been hustling for 12 years and I'd like to chill. I'd like to relax a little bit. And I want to be able to just sit and play my guitar or share an artistic experience with people without expecting anything in return.