Jessica Henwick Is A Franchise Favorite For A Reason

From Marvel to Knives Out, Henwick steals the scene no matter what fandom she's faced with. 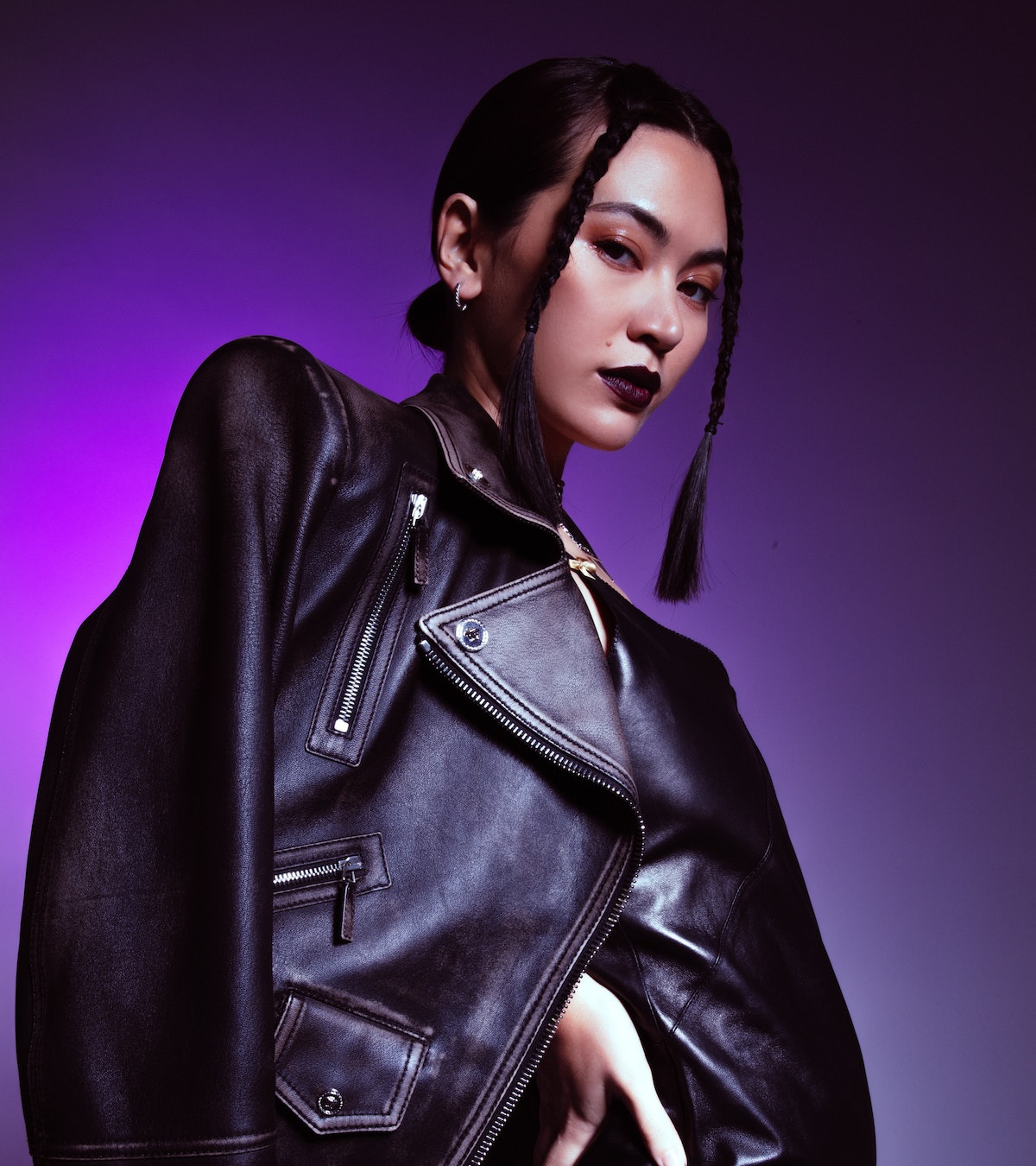 Jessica Henwick’s road to starring in Rian Johnson’s Glass Onion: A Knives Out Mystery, started many, many years ago — 15, to be precise. “I'm a huge fan of Rian's and studied his film Brick when I was in media studies class,” Henwick explains. “I wrote him fan mail. He never replied.”

Cut to the year 2021, when the script for his sequel to 2019’s wildly successful Knives Out came her way. Without even reading it — just seeing Johnson’s name attached — she’s in, and eventually meets with the elusive (to her) director via Zoom. Henwick seized this opportunity to call him out on his past snub. “First thing I did was I said, ‘I have a bone to pick with you,’” she recalls. “I told him what had happened and he cracked up. When I got the offer, Rian sent me an email as if he were responding to my fan mail. I want to print out that email and frame it.”

Born in Surrey, England, where she trained at Redroofs Theatre School and the National Youth Theatre (fellow alumni include everyone from Daniel Day-Lewis and Kate Winslet to Joe Alwyn and Daisy Edgar-Jones), Henwick, 30, is no stranger to joining a beloved franchise. In 2015, she was cast in the fifth season of Game of Thrones, where she portrayed Nymeria Sand for two seasons; that same year, she had a small part in Star Wars: The Force Awakens. In 2017, she joined the Marvel Cinematic Universe as Colleen Wing in the Netflix television series Iron Fist, a role she later reprised in two subsequent series. Last year, she was the scene-stealer in The Matrix Resurrections. Some actors might feel the pressures of joining such a highly anticipated sequel with a rabidly devoted fan base, but Henwick has years of experience in this area. “I have done a couple of franchises, but they've all [had] different levels of fandom to them — obviously, the Marvel fans being the most intense,” she says. “Yes, everyone loves Knives Out, but it didn't feel like there was pressure. Really the only pressure I had was wanting to do right by [Johnson]. I love him, and he's so kind and generous, and I just wanted him to be happy. Getting him to giggle at what you were doing was the ultimate prize.”

Glass Onion, out in theaters on Nov. 23 for a limited theatrical release before hitting Netflix a month later, is a cinematic anomaly: a sequel that both meets and often surpasses the original. A major part of its winning strategy is that the film centers around a completely new cast from the first, save for Daniel Craig’s Benoit Blanc. This time around, there’s Katheryn Hahn’s Connecticut politician; Kate Hudson as a washed-up supermodel named Birdie; Dave Bautista and Madelyn Cline as a Joe Rogan-type YouTuber and his much younger girlfriend; Leslie Odom Jr.’s brainy scientist; Janelle Monae as their long-lost (and jilted) friend; and Edward Norton as the mega-billionaire who brings them all together. Everyone in the film is fantastic, but it’s Henwick’s dry, down-to-earth Peg (Birdie’s personal assistant who’s just along for the ride) who acts most closely to an audience surrogate — and gets some of the biggest laughs of the film.

“Peg is definitely the most normal ... she's not rich, she's not famous, and she has no desire to be either, really. She's just kind of doing her thing,” Henwick says. “So, at times her reactions are the most honest. I think she can smell bullshit a mile off.” The brilliance of Glass Onion is that every character is a suspect, with their motives laid out clear by the time the film hits the 30-minute mark. “The beauty and the strength of a murder mystery relies on every character feeling like they have a motive and that they are a real suspect. You had to fill every scene with these moments where you would play it two different ways. You play it as a ‘good’ character, and then you would throw in a take where it's like, ‘But did I do something?’ Everyone has a secret. Everyone has something to hide.”

Henwick spends most of her scenes with Hudson, whom she’d never met before landing on set in Greece. In one standout moment from the film, Peg discovers that her clueless boss, banned from handling her own social media after several scandals — her Beyoncé costume was an homage! — is secretly harboring a second phone. The back-and-forth between the characters that ensues had the audience of my press screening (notoriously serious and filled with harsh critics) in hysterics. “Kate is so talented,” Henwick says. “She could have shot that scene without me and she would still bring the audience to tears. She has taken a character that could be really heightened and unreachable ... the reason I love that scene is you see she drops it for a moment, and you see her vulnerability. Even though she's an idiot, you still can understand her dumb logic.” Some films would rely on the trope of an out-of-touch Hollywood star and her frustrated assistant; in scenes between Henwick and Hudson, we instead get a glimpse into the psyche of a former It Girl trying to remain relevant. “It's actually really sad, and it's a fascinating character,” Henwick notes. “This is someone who was the It Girl and then, what happens after, because this is how the industry works. They create these It Girls, and then you are not done with it. The industry's done with you, and it kind of kicks them back out to the curb and you go, ‘What happens to these people? They were the center of the storm and then nothing.’"

In her own work, Henwick is careful about protecting herself from such burnout. In 2023, she’ll be focusing on writing; she’s already penned a young adult series and the short film Bus Girl, which she also directed, a passion of hers that started many years ago with Harry Potter fan fiction. Today, she’s inspired by artists like Phoebe Waller-Bridge and Michaela Coel, who are writing the stories they want to see on screen. “My interest is in creating stories about women. A lot of what I read, there are no roles for women of color or women of a certain age,” she explains. “Or they're very binary: wife, assistant, love interest. The people who I respond to the most as a viewer are the women who are creating their own work.”

Part of the plan means learning how to say no. “I just turned down this huge film that everyone was like, ‘Why?’" she says. “But it was six months on the other side of the world, and I just thought, ‘I need to take a second.’ Actors are like rubber bands, and every role stretches you, and you can keep stretching, and it's going to snap. You have to just let it go back to its normal shape. It's nice to not be putting on a face and just go, ‘OK, who am I again?’”

“Do I feel comfortable saying, no? Not really,” she continues. “I think I will always consider myself a working actor, a jobbing actor. I don't see myself as someone who's going to reach that stage where I can do a Jennifer Lawrence [thing] and not work for a year. That I think would prove fatal for me, for my career. But it's definitely a privileged position I've reached now to be like, ‘OK, let me take a month off. Let me go spend time with my family.’"