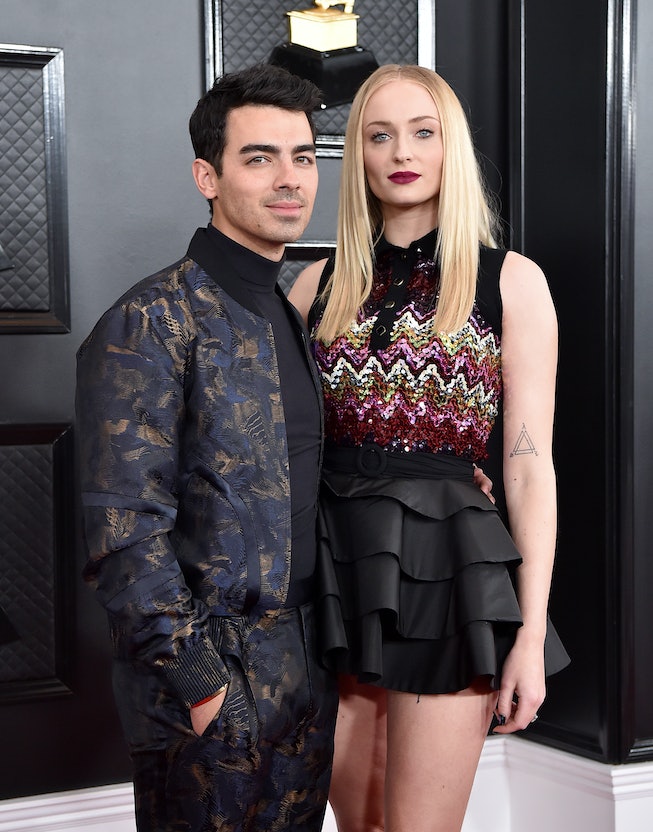 Joe Jonas, 30, and Sophie Turner, 24, have welcomed their first child together, TMZ reports. The Game Of Thrones star reportedly gave birth to baby girl Willa on Wednesday at a hospital in Los Angeles.

Though the couple has yet to make an official announcement, they were also in the news this week after Taylor Swift dropped her surprise eighth studio album, folkore, on Friday. On "invisible string," Swift sings about sending a gift to an ex's baby, which many fans surmised to be about Swift's ex Joe Jonas.

"Cold was the steel of my axe to grind / For the boys who broke my heart," Swift sings in the third verse. "Now I send their babies presents."

Swift dated Jonas back in 2008 when she was 18; Swift later famously revealed on Ellen that Jonas had broken up with her via a 27-second phone call, and that she had written "Forever & Always" about him. It's all youthful water under the bridge now, as evidenced by the new folklore track.

Congrats to the new parents!