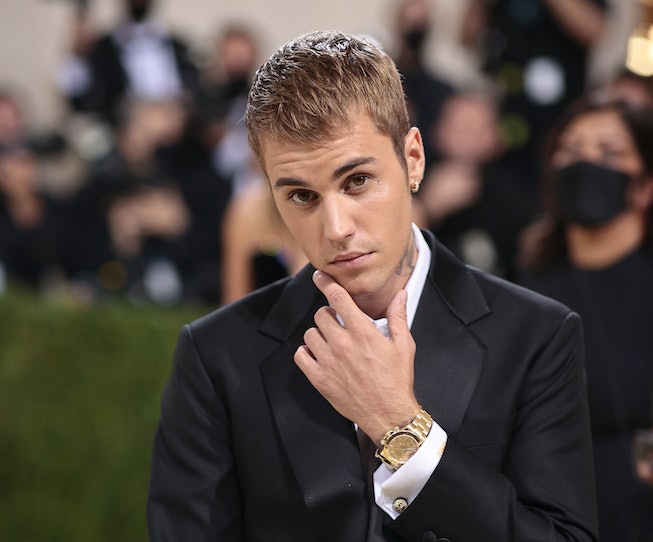 Justin Bieber, who has confirmed he’s living in his own universe, announced that he is playing a concert in the metaverse, where he will perform as a digital avatar on the platform Wave.

According to the announcement, the collaboration will give fans a “futuristic look into the metaverse, merging gaming, real time motion-capture, and live musical performance into an immersive interactive experience. Audiences will go on an epic and intimate musical journey with Bieber and see him perform songs from his #1 album Justice before kicking off his 2022 Justice World Tour.” The digital poster shows Bieber standing among some isolated cliffs with a purple/blue neon light cascading through his avatar body, looking like a Metaverse Ken doll.

“I am a big believer in Wave and love the platform as a new way for me to engage with my fans,” Bieber said in the announcement. “I’m excited to be using this technology to bring people together and connect with fans from all over the world. I can’t wait for them to check out this interactive performance.”

The announcement comes days after the Astroworld tragedy, where eight people were killed and hundreds were injured in a crowd surge during a Travis Scott concert. It begs the question of whether metaverse concerts for huge musical acts — which, since they happen online, are safer — will be more popular going forward.

The pandemic ushered in a new wave of live-streamed musical performances, and other mega-popular acts like K-pop’s BTS, who livestreamed a concert last month from Seoul for millions of viewers around the world. And of course, Bieber is far from the first to perform in the metaverse. Travis Scott, too, was famously one of the first artists to perform in the metaverse, in a 2020 Fortnite concert, as did Ariana Grande.

According to the Hollywood Reporter, audiences will even get to interact with Bieber, who will be controlling his digital avatar by wearing a motion-capture suit. The difference with Wave, according to its COO Jared, is that fans can interact with performers in real-time on the platform. But what does that mean exactly?

“You’re able to interact with the experience and with the performer because it’s happening live, and so when you’re on [the Wave platform], fans have the opportunity to show up using a webcam during the performance or see their name on a background dancer or interact or power up the performer’s avatar,” Kennedy told The Hollywood Reporter.

If none of this makes sense, that’s okay — you can enter the metaverse for “Justin Bieber: An Interactive Virtual Experience” on November 18 at 6 p.m. PST for free. Fans can sign up on wave.watch/Justin-Bieber. It will be rebroadcast on November 20 and 21, and Wave will be broadcasting around the world in various timezones, so everyone can get a piece of the metaverse Biebs.