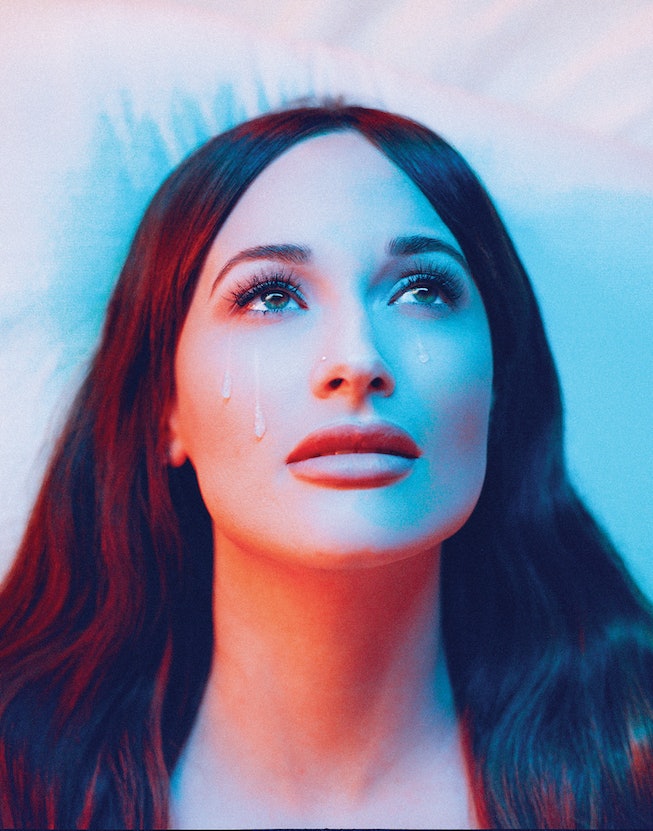 Sad Girl Fall has officially commenced with the release of Kacey Musgraves’ fifth studio album, star-crossed, a three-act epic charting the dissolution of her marriage with her ex-husband Ruston Kelly. The 15-track-record released on Friday is her version of a modern-day tragedy and was even modeled after those of Shakespearean and Greek origin, she’s said in interviews.

Yet despite how sad all that might sound, the album is actually quite upbeat, jumping from sparkling country-pop for one song to funky jazz the next. Instead, the record’s most gut-punching moments are reserved in Musgraves’ sharp songwriting as she crafts lines that are simultaneously simple and staggeringly devastating. Quietly confessing on “Good Wife,” she sings: “And the truth is/ I could probably make it on my own/ But without him/ This house just wouldn’t be a home/ And I don’t wanna be alone.” Oof.

There are countless small and too-real moments like these across the entire record, lyrics that maybe you don’t catch the first time around, but hit like a firetruck on your fourth or fifth listen. Musgraves has always loved a good play-on-words, and there’s no shortage of clever lines and spins on phrases on star-crossed.

Below, we rounded up the most memorable lyrics from the album, from Musgraves’ contemplations on growing up, to her depressing advice for those that are still coupled up.

This devastating admission from “Good Wife” could be argued to be the darkest line on the record. After all, the greatest tragedy isn’t what happened, but the later realization of how your own insecurities failed you.

The sentiment isn’t exactly groundbreaking, but it’s the way Musgraves frames it: casually, wistfully, and without any further elaboration needed, that makes us think every time: Yeah, it really does suck!

Every therapist and pastel-colored Instagram graphic will tell you this nowadays, but hearing “healing doesn’t happen in a straight line” come directly from Kacey Musgraves just hits different.

The world really isn’t talking enough about the biggest dealer of trauma in our lives, the camera roll!! That’s, of course, an exaggeration but there’s definitely a section of photos I always quickly scroll past in my camera roll.

Musgraves really takes the breadwinner metaphor and runs with it in this brilliant run of lyrics from the surprisingly shady “Breadwinner.” Not only is the word-play great, the lines are also really fun to sing, which makes these perhaps the stickiest on the album.

The brilliance of these lyrics is less the lesson it’s trying to offer, but more the way Musgraves delivers her findings on the difficulties of love — with sad and bittersweet defeatism.

This is one of those lyrics that takes a few times of playback and quiet singing-a-long to before realizing just how sad the words you’re saying are. Framed as her advice to couples, the chorus of “Hookup Scene” also inadvertently puts into perspective the scope of Musgraves’ own pain and changed perception of the world. They’re lyrics that can only make you hurt for her too.

NEXT UP
Entertainment
On "Flowers," Miley Cyrus Is Still In The Throes Of Moving On
Entertainment
Bad Bunny, Lizzo, Kim Petras Will Perform At The 2023 Grammys
Entertainment
Brendon Urie Officially Disbands Panic! At The Disco
Entertainment
Rihanna, Mitski, Lady Gaga Nominated For 2023 Oscars