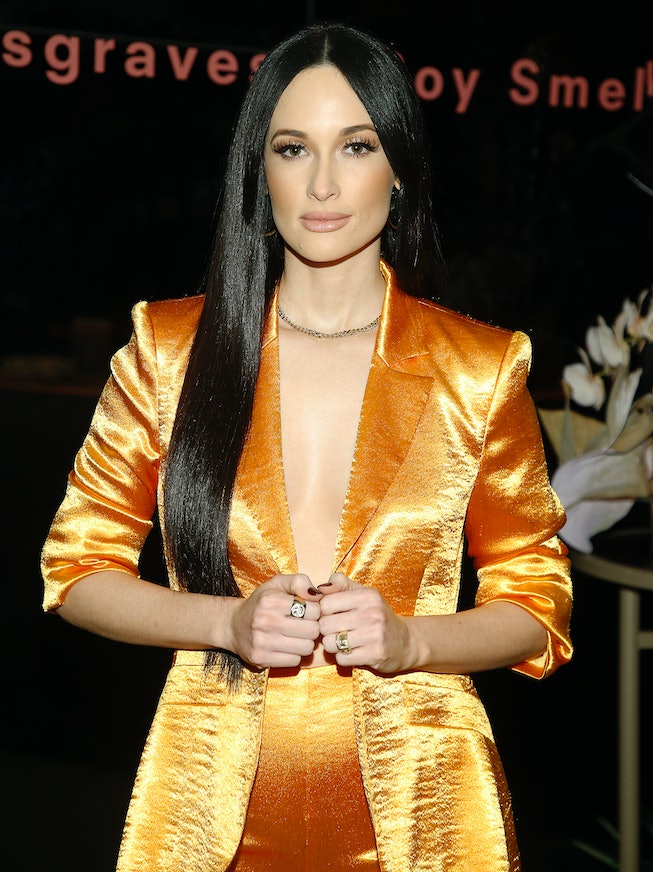 When you see the name Studio Ghibli, you know you're in for a pure of heart, animated treat. The Japanese animation studio, founded by Hayao Miyazaki, has delighted us for decades with masterpieces like Spirited Away, My Neighbor Totoro, Ponyo and more, and now they're teaming up for with America's sweetheart: Kacey Musgraves for a new film.

Could there be a more perfect link up than Musgraves and Studio Ghibli? The upcoming animated feature Earwig And The Witch will be directed by Hayao's son, Goro Miyazaki, and follows a young girl named Earwig who is forced to live with a selfish witch. Musgraves will voice Earwig's Mother, as well as record the English version of the movie’s theme song, “Don’t Disturb Me.” Musgraves is obviously ecstatic, calling the opportunity her "all-time biggest heart dream."

“My dad brought a VHS tape of Totoro home when I was about 9 and I’ll never forget the comfort and the magic that movie (and many other Ghibli films) have given me,” Musgraves elaborated on Instagram. “My sister has alway been my Mei and I’ve always been her Satsuki. To say this was a full-circle, bucketlist moment is an understatement. Massive thanks to the entire Studio Ghibli team for having me be a small part of this beautiful new movie coming early 2021. I’m playing the witch I truly am.”