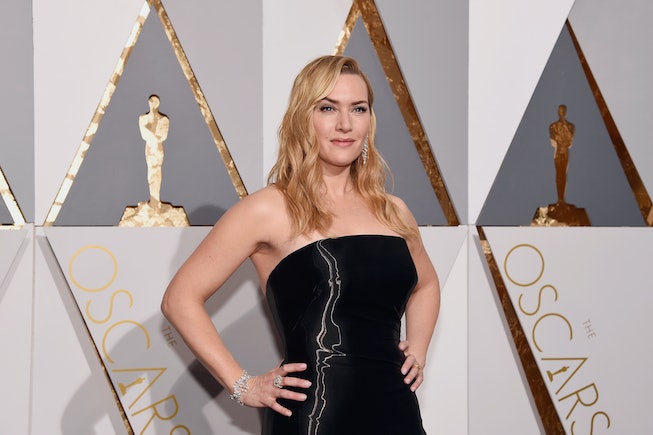 We can always count on HBO to turn out a gripping drama. Following the success of Mare of Easttown, the streamer is trying to create its next big series, and they’ve recruited Kate Winslet to help do it. Winslet's gripping performance in Easttown delighted audiences — and even earned her an Emmy for the Best Lead Actress in a Limited Series. Now, she’ll be starring in an adaptation of Hernan Diaz’s best-selling novel, Trust. Keep reading for everything you need to know about the project:

What is Trust About?

Trust is set in 1920s New York, and follows a Wall Street tycoon who becomes the subject of a novel written about his life. Per the synopsis, he becomes displeased by the books' portrayal of his wife, the daughter of eccentric aristocrats, and recruits a secretary to ghostwrite his memoir and set the record straight. Along the way, the secretary suspects that he’s rewriting history and becomes “bent on disentangling fact from fiction.”

Trust spans over a century, and is written in four different voices and genres which creates a complex web of perspectives. The novel is described as a “brilliant literary puzzle,” that “engages the reader in a quest for the truth while confronting the deceptions that often live at the heart of personal relationships, the reality-warping force of capital, and the ease with which power can manipulate facts.”

Who else is starring in Trust?

Winslet is the only confirmed actress on the call sheet so far. She’s set to both star in and produce the series. Diaz is on board to executive produce as well.

When will Trust premiere?

HBO has not released a premiere date for Trust quite yet. According to Variety, the series is still in development, and HBO is currently looking for a writer to adapt the book into a television script. Once that’s squared away, the next steps are to cast and film the show, and then, Trust will make its way to a screen near you.

How can I read Trust?

If you want to dive into Diaz’s riveting tale before the series comes out, you’re in luck. Trust was released on May 3rd, 2022, via Penguin Random House. The novel is available to purchase online and in bookstores.