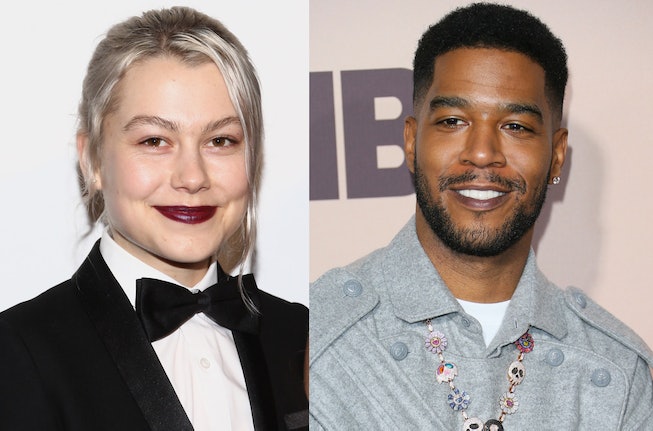 Kid Cudi wrapped up 2020 with a wonderful surprise: the release of Man On The Moon III: The Chosen, the third and final installment of his culture-shifting 2009 debut album, Man On The Moon: The End Of The Day.

Man On The Moon III finds Cudi retreading much of the same ground from the first two installments, though in the near decade since they were both released, his outlook and sound have continued to evolve. Fans who've already devoured the album were quick to highlight how Cudi made use of his own influence on Travis Scott, bringing in elements of the younger hitmaker's signature sound in a heady mixture with his own. Cudi is often at his best when collaborating, and he does so often — whether it's as Kids See Ghosts with longtime friend Kanye West, The Scotts with Scott himself, or with an unexpected yet exciting artist, like Phoebe Bridgers.

Bridgers appears towards the end of Man On The Moon III, on the fourteenth of eighteen tracks, "Lovin' Me." It's classic uplifting Cudi, even hymnal as he ruminates on the importance of learning to accept oneself in the battle against depression and other human conditions, and reflects on the journey it took him to get to a place of self-love. Singing in a lower register than some Punisher fans will recognize, Bridgers adds a verse on similar themes, singing, "I can finally breathe, I could do anything/And I don't know why it's alright/And it's not at the same time."

The two then join forces for the chorus, intoning together, "I told myself I cannot grow/Without lovin' me/This is just the hell that lives inside/Tell me now where to? Please be my guide."

But the most sublime part is the outro, as Cudi's famously soothing hums are overlaid with complementary, harmonizing hums by Bridgers, for 30 seconds of pure sonic bliss.

Listen in full to "Lovin' Me" below.