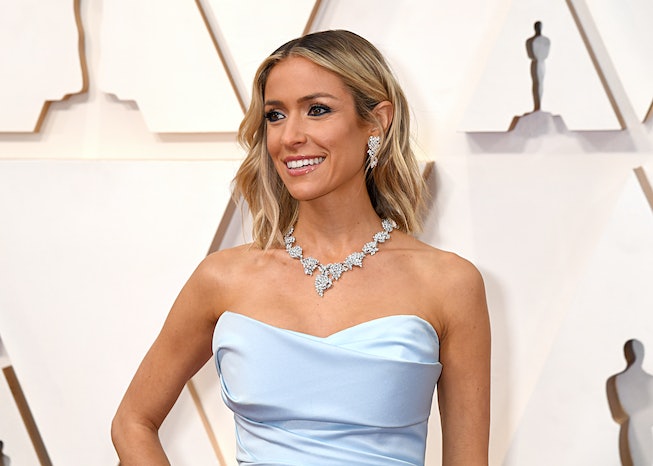 The nostalgia industrial complex is at it again, people! It's moving past measly trends and weak reboots into the more meta waters of reality television stars and former paramours Kristin Cavallari and Stephen Colletti's coy reunion. It feels just like yesterday that Cavallari drunkenly danced on a table in Tijuana while Colletti screamed and called her a "slut," and the recent photo Cavallari posted on Instagram only warps time even more. The two are seen looking cozy as hell, and Cavallari herself acknowledged how wild the link up is to see. "2004 or 2020?!" she asked in the caption, and we clearly don't have an answer. Time isn't linear!

It's obvious that the photo created a wave of speculation for the former couple. Could their will-they-won't-they dynamic return after a long period of dormancy? Cavallari did recently announce her divorce from her husband of seven years, Jay Cutler, but there's no confirmation that she and Colletti are more than friends.

Despite their extremely public ups-and-downs the two managed to stay close friends long past their Laguna Beach days. "Stephen was the most important thing in my life, and there was nothing I cared about more," wrote Cavallari in her memoir Balancing in Heels. "I hated fighting with him on camera because it felt like I was airing all our dirty laundry."