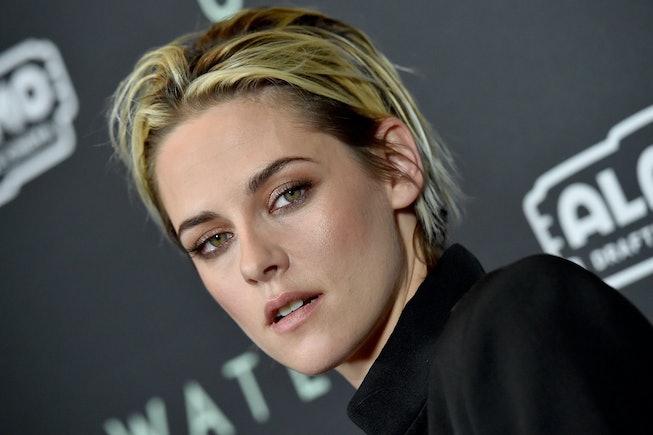 Just when you thought 2020 couldn't get anymore bizarre, the formerly social media adverse Kristen Stewart gets on Instagram. She's sticking to her gut and not making her own account, though, only grabbing the mic from girlfriend Dylan Meyer to make an impassioned plea urging readers to vote in the upcoming U.S. presidential election.

“I never do this but for anyone who has not registered to vote please take this opportunity to feel HEARD. And not hopeless. I am voting because I WANT to believe in our country," she wrote on September 22, which doubled as National Voting Day.

She also wore a white shirt that read VOTE to hammer in her message, capping the whole thing off with an urgent, "Vote for your fucking lives.”

Stewart is rare in her refusal to blast her life across social media, but that's not to be confused with complacency with the current political administration. She's made her opinions on the Trump administration known in the past.

"It's obviously terrible what's happening but at the same time, it feels good to be part of a wider female community that is finally standing up for itself. I've never felt such a strong sense of community. So it's brought us together," she said to Harper's Bazaar back in 2017. "The catalyst for this is regrettable, obviously, it's shitty. But at the same time I think that you need something to stir things up in order to get people to come together and define their opinions and force them to be heard."