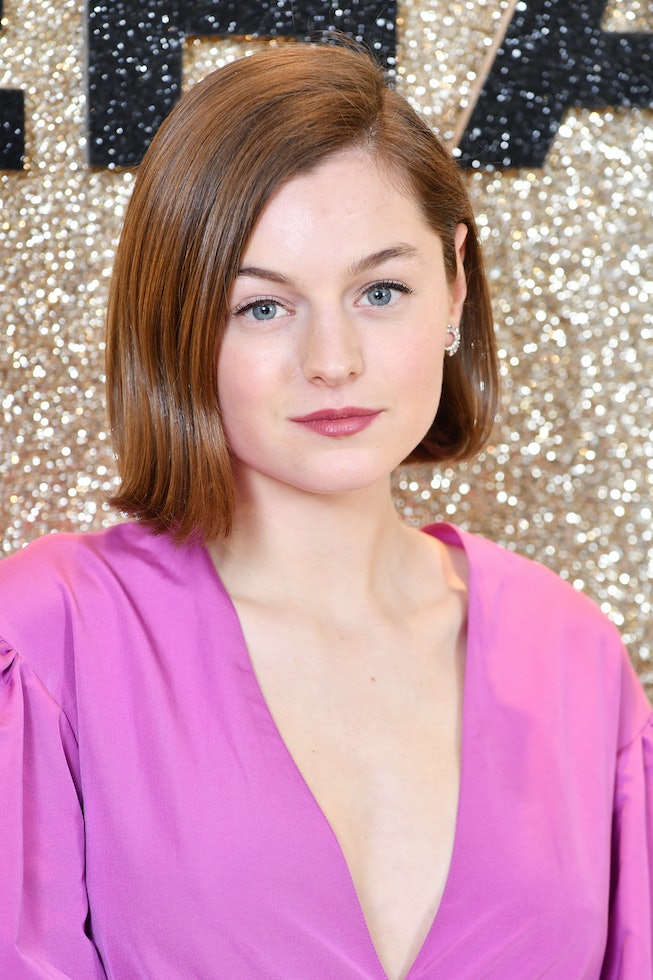 Golden Globe winner Emma Corrin is returning to Netflix as the lead of a steamy new period drama. The British actress is starring in Lady Chatterley's Lover, an episodic adaptation of the classic novel by D.H. Lawrence.

Following her success as Princess Diana in The Crown, this series gives Corrin, who uses she/they pronouns, another chance to play a love-torn wife. Only this time, they’re in the English countryside instead of Windsor Palace. The upcoming television series uses a forbidden romance to unveil the complexities between the upper class and the world around them, and it’s very raunchy.

In fact, Lady Chatterley’s Lover is famously known for being a scandalous text. The original book was published in Italy in 1928, then re-released in France in 1929. After some heavy editing, an additional version was published in England. However, the book did not make it overseas until the 1960s, after being the subject of an obscenity trial for its provocative plot.

As we know, Netflix is not one to shy away from a spicy romance (see, like, all of Bridgerton), so this acquisition comes as no surprise. If anyone can make this, and make it right, it's the streamer. Though the project is still in its early stages, keep reading for everything we know about Lady Chatterley’s Lover so far:

What is Lady Chatterley's Lover about?

Lady Chatterley's Lover follows a woman named Constance Chatterley (Corrin) as she navigates her rocky marriage to the wealthy landowner, Sir Clifford. Clifford is paralyzed from the waist down and spends a majority of his time reading, ignoring his wife, and obsessing over their estate.

As the relationship dissolves, Chatterley falls for their estates' handsome gamekeeper, Oliver Mellors. The two embark on a steamy love affair that tests Chatterley's alliances and morality. Ultimately, she is forced to grapple with her own privilege, deciding to either leave her husband for true love or remain in a broken marriage with societal benefits.

So far, we only know that Corrin will play Lady Chatterley. Former Skins actor Jack O’Connell, and rising-star Matthew Duckett have also joined the cast, but their roles have not been disclosed.

When will Lady Chatterley's Lover be released?

Netflix has not begun production yet. However, the platform did announce it’s beginning “principal photography” for the series this fall. If all goes according to plan, we may be able to expect a late 2022 release.

NEXT UP
Culture
Succession Season 4 Trailer Explodes With Family Drama
Culture
Netflix Is Seriously Cracking Down On Sharing Passwords
Culture
Phoebe Dynevor Will Not Return for Bridgerton Season 3
Culture
6 Shows To Binge Once You've Finished 'The White Lotus'
Style + Culture, delivered straight to your inbox.