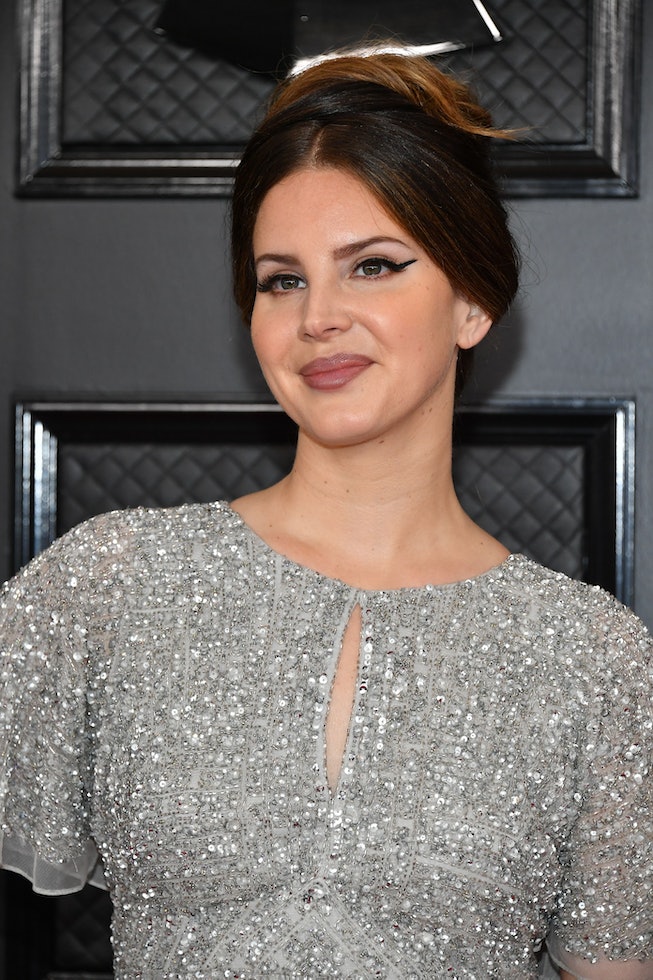 Another Lana Del Rey album cycle is upon us, and much like her previous ones, it’s already been marked with some chaos. The singer has announced her new album Blue Banisters which will arrive on July 4. It’ll be her second release this year, arriving just months after March’s Chemtrails Over The Country Club. She also shared its album cover on Wednesday, which is where her troubles began.

The internet has some...thoughts about her design choices for the artwork, which looks to be a selfie of Del Rey, but slightly doctored up with a white, drawn-on border, a pair of quotation marks, and its title, Blue Banisters, printed at the bottom in a Curlz MT-reminiscent font. The photo is the same one she used to announce another release called Rock Candy Sweet, which was originally believed to be an album, though now it appears she’s retitled the project to Blue Banisters. Both announcement graphics, fans have observed, have seemed to be on the DIY side — to put it nicely. However, the artwork for Blue Banisters has especially agitated fans.

Her fans on Twitter have related the artwork to Microsoft Paint or PicsArt, the online photo-editing software best known to be used by tweens or middle-aged mothers, and even shared their versions of what other popular album covers would’ve looked like if Del Rey had a hand in designing them.

In the grand scheme of things, it’s a small thing to nitpick, especially considering it’s likely the music quality won’t be impacted at all. Still, it’s become somewhat of a tradition for Del Rey’s album rollouts to incite a bit of online hullabaloo.

Her announcement of Chemtrails Over The Country Club arrived alongside a lengthy note from the singer, preemptively defending herself for her album cover choices, while insisting that throughout the “11 years working I have always been extremely inclusive without even trying to,” she wrote.

Before that, while promoting her book of poetry Violet Bent Backwards over the Grass, she was embroiled in more online drama surrounding a mesh-looking mask she was photographed wearing at an indoor book signing event.

Del Rey has said that her next album will address the media’s criticism of her and her music. In response to a Harpers Bazaar review of her album titled “Lana Del Rey Can’t Qualify Her Way Out Of Being Held Accountable,” the singer wrote on Instagram: “Just want to say thank you again for the kind articles like this one and for reminding me that my career was built on cultural appropriation and glamorizing domestic abuse. I will continue to challenge those thoughts on my next record June 1 titled Rock Candy Sweet.”

Perhaps her album after that will challenge those thoughts around her design skills. Below, see more of the best reactions to Blue Banisters.