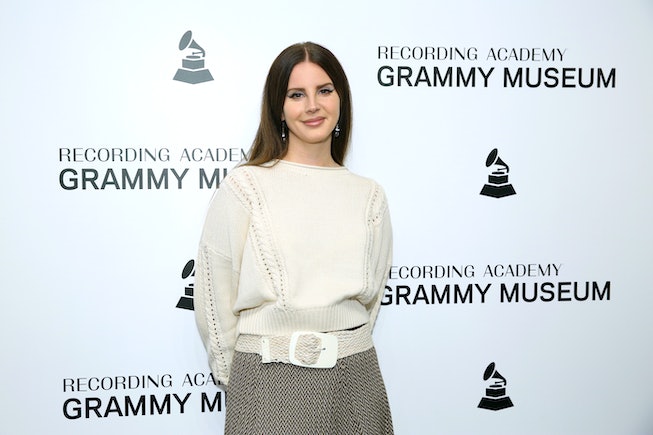 Photo by Rebecca Sapp/Getty Images for The Recording Academy

Lana Del Rey may be fresh off the release of her sixth studio album, Chemtrails Over The Country Club — a meditation on fame, suburbia, being wild, falling in love, and more — but she’s already got her eyes set on new music. A day after Chemtrails hit shelves and streaming services, Del Rey announced that she had a new album on the way. Here’s everything we know about it so far:

LDR’s next album will be called Rock Candy Sweet.

As much as Del Rey loves California, love, and Americana, she has a bone to pick with music media. Music critics have drawn the ire of Del Rey, especially in the past two years. In 2019, Del Rey publicly hated Ann Powers’ review of her fifth studio album, Norman Fucking Rockwell! A few months later in 2020, she asked a “question for the culture,” in which she said she was fed up with critics who say she glamorizes abuse and wondered why her mostly women of color contemporaries were allowed to write hit songs about "being sexy, wearing no clothes, fucking, cheating, etc," without being “crucified.”

The personal statement went about as well as expected and Del Rey fully dumped herself in internet hot water, and the discourse followed her as she released her title track and video for Chemtrails, said she was “including” people of color in her album artwork, and up through the album’s release. Del Rey responded to one Chemtrails review in particular — a Harper’s Bazaar article titled “Lana Del Rey Can’t Qualify Her Way Out Of Being Held Accountable” — and used it as a launching pad to announce Rock Candy Sweet.

“Just want to say thank you again for the kind articles like this one and for reminding me that my career was built on cultural appropriation and glamorizing domestic abuse,” she wrote on her Instagram story. “I will continue to challenge those thoughts on my next record June 1 titled Rock Candy Sweet.”

Let’s get one thing clear: Del Rey is pissed. She underlined (in red, no less!) where the writer notes Del Rey’s “defensiveness” in the album cycle. “You’re right it would have been unnecessary if no one had significantly criticized everything about the album to begin with. But you did,” she added. “And I want revenge.”

Rock Candy Sweet is out June 1.

As of writing, Del Rey has yet to announce any singles or collaborations for Rock Candy Sweet. Fans noted that she used the same promo photo from Chemtails for Rock Candy Sweet, which is very on-brand if we’re being honest. If history is any indicator, NFR! and Chemtrails producer Jack Antonoff will likely be back on board, and maybe she’ll even have the same words for music critics as she did for Azealia Banks back in 2018: “I won’t not fuck you the fuck up. Period.”