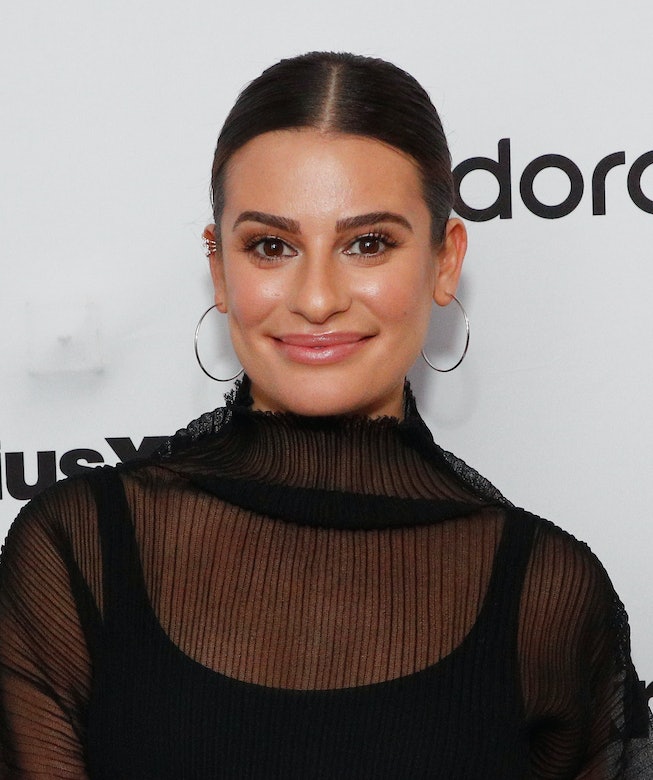 With the murder of George Floyd and the subsequent nationwide protests, public figures like former Glee star Lea Michele have been voicing their support of the Black Lives Matter Movement. "George Floyd did not deserve this," she tweeted. "This was not an isolated incident and it must end.” Michele got a rude awakening when her former co-stars saw her declaration and used it to reveal Michele's alleged racist and abusive behavior on set. Glee's Samantha Ware led the charge, saying that Michele constantly made microaggressions toward her — including threatening to "shit in Ware's wig" — that made her question her career in Hollywood.

“Remember when you made my first television gig a living hell?!?! Cause I’ll never forget," wrote Ware. "I believe you told everyone that if you had the opportunity you would ‘shit in my wig!’ amongst other traumatic microaggressions that made me question a career in Hollywood.” Glee was Ware's first TV role, in which she played recurring character Jane Hayward in the show's sixth season in 2016.

Ware's experience was corroborated through other Glee cast members, including Alex Newell, Amber Riley and Dabier Snell, who knowingly reacted to the accusations and even included experiences of their own.

"Girl, you wouldn't let me sit at the table with the other cast members cause 'I didn't belong there,'" wrote Snell. "Fuck you, Lea."

These are not the first instances of alleged racist behavior and abuse from Michele. Former co-star Naya Rivera claimed that Michele's behavior toward her also devolved during season six. In her 2016 memoir Sorry Not Sorry, Rivera wrote that it didn't seem like Michele liked sharing the spotlight with her. "If I’d complained about anyone or anything, she’d assumed I was bitching about her," she wrote. "Soon, she started to ignore me, and eventually it got to the point where she didn’t say a word to me for all of season six."

NYLON has reached out to Michele's reps for comment.