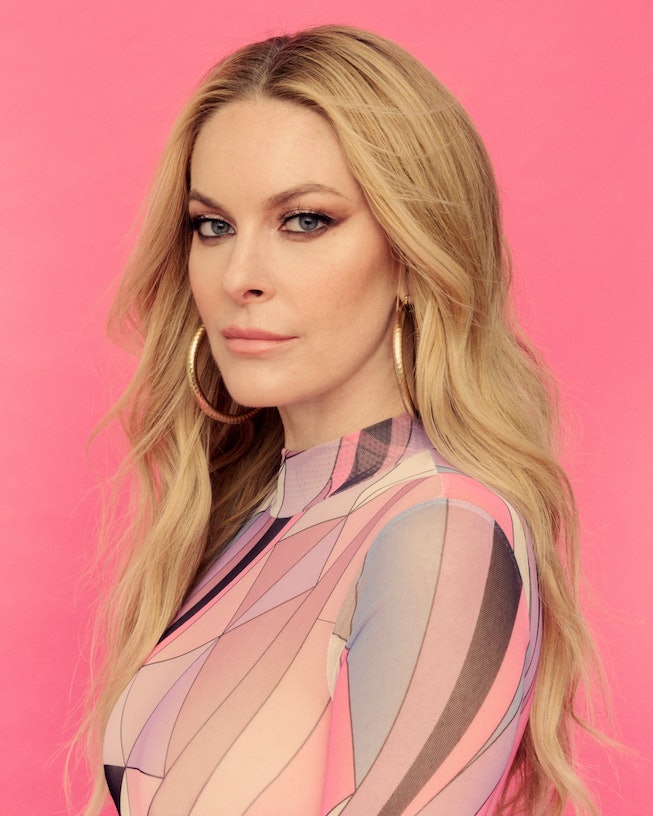 When she joined the cast of The Real Housewives Of New York City in 2019, Leah McSweeney was more than just a new addition to one of the oldest franchises in the Bravo universe. She also represented a new era — a vibe shift, if you will — bringing her downtown sensibility to a series devoted to the exclusive upper crust of Manhattan society. With McSweeney came a more relatable glimpse into the life of the quintessential New York woman, much of that thanks to her openness about co-parenting with her ex, founding one of the first female-focused streetwear brands, and her journey with both addiction and sobriety that started when she was just a teenager. It makes sense, then, that McSweeney would bring that same candor and sardonic sense of humor to the pages of her first book, Chaos Theory: Finding Meaning in the Madness, One Bad Decision at a Time, out now via Harper.

“I've always wanted to write a book,” McSweeney tells me over a Zoom call, fresh out of a workout class. “That's been a dream for a very long time, but for this particular book, my amazing editor Julie Will approached me and said, ‘You're so open about mental health and addiction, write a book for us,’ and that's kind of how it came to be.”

In just nine chapters, Chaos Theory chronicles the highlights of McSweeney’s eventful life, from spending her adolescence partying in NYC’s club scene before heading to rehab, giving birth to her daughter at age 25, founding her fashion brand MARRIED TO THE MOB in 2004, and her eventual turn on RHONY. As raw as the book is, McSweeney says that several rounds of edits helped her decide what to share and what to keep for herself, describing the experience as an emotional journey that helped her process what she’s been through more than she expected.

Writing about her teenage struggles with addiction and mental health was a particularly “emotionally heavy” experience, McSweeney recalls, adding, “I have to admit, I didn't think it was going to be. I tend to look back at my adolescence with irreverence, and I think it's a coping mechanism because if I actually think about how many years I lost to drug use... of course I'm like, ‘I was at the Limelight, and I was having fun!’ But I also missed out on a lot. I don't want to regret the past, and I don't want to ignore it, either. I think this was a healthy thing for me to write this book and come to terms with actually feeling some grief over losing those years.”

Talking about addiction has been one of McSweeney’s most potent public legacies to date. On her first season of RHONY, McSweeney was drinking after nine years of recovery, and let viewers see the impact that both drinking and her subsequent return to sobriety had on her life.

“I think it's interesting because my first season on the show, I obviously had relapsed like six months or four months before filming,” she says. “I was thinking, I'm just going to ignore the alcohol stuff on the show. I don't want it to become a thing. And of course that's impossible, ‘cause I'm an alcoholic and I relapsed, and I just started getting blackout drunk, you know? So, I was open about it.”

The show brought McSweeney and her mother closer together, as it forced conversations around painful topics they might have otherwise tried to avoid. “Not that we have any problems talking,” she says, laughing. “We talk constantly, but the show, if you let it, can help you hold yourself accountable for things. I got sober again before the show came out, so then it was emotional watching me drink on the show. Absolutely a lot of people reach out to me [about recovery]. That is the best part about doing the show. And I'm pretty sure that's going to be the best part about doing this book, because at the end of the day, feeling like you're not alone is one of the most important things when it comes to addiction and mental health.”

That openness has also translated to McSweeney’s relationship with her now-teenage daughter, whom she shares with ex Rob Cristafaro. Their conversations now are “just fucking real,” McSweeney says. “That's that. I mean yesterday, my social media girl was here and she was filming me read a little excerpt from the book and it was very R-rated, and my daughter was sitting in the living room. But, what am I going to do? She knows who I am. She knows I'm sober. She knows I had a drug problem when I was a teenager. She knows I was thrown out of school. She knows I relapsed. She's my kid. I can't pretend that I'm somebody else.”

Raising her daughter, she says, is “the one thing I really did right. I didn't do it perfectly whatsoever, but she knows that she can come talk to me about whatever it is. I think being on the show and now having this book out, it only makes it even more of an open dialogue between us, because there are such precarious things that are in the book. It's good for conversation, actually. They're not always easy conversations, but you know, we have them.”

Our chat happened a few days before news broke that RHONY would be split into two series: one a completely recast version of the original show, and the other a reboot of sorts featuring the past legacy cast. Whether McSweeney will be part of either remains to be seen, but during our interview, she said she’d love to return to the series, “because it’s fun as hell.” It’s clear viewers feel the same way, with fans flooding her comments section regularly with love. Either way, they can continue along McSweeney’s fascinating journey through her book, as well as on her new podcast with sister, Sarah: Mental Verse. The podcast will cover topics around mental health and will surely feature the New Yorker’s wide circle of friends — stay tuned for details.

Chaos Theory: Finding Meaning in the Madness, One Bad Decision at a Time is available for purchase and download now.