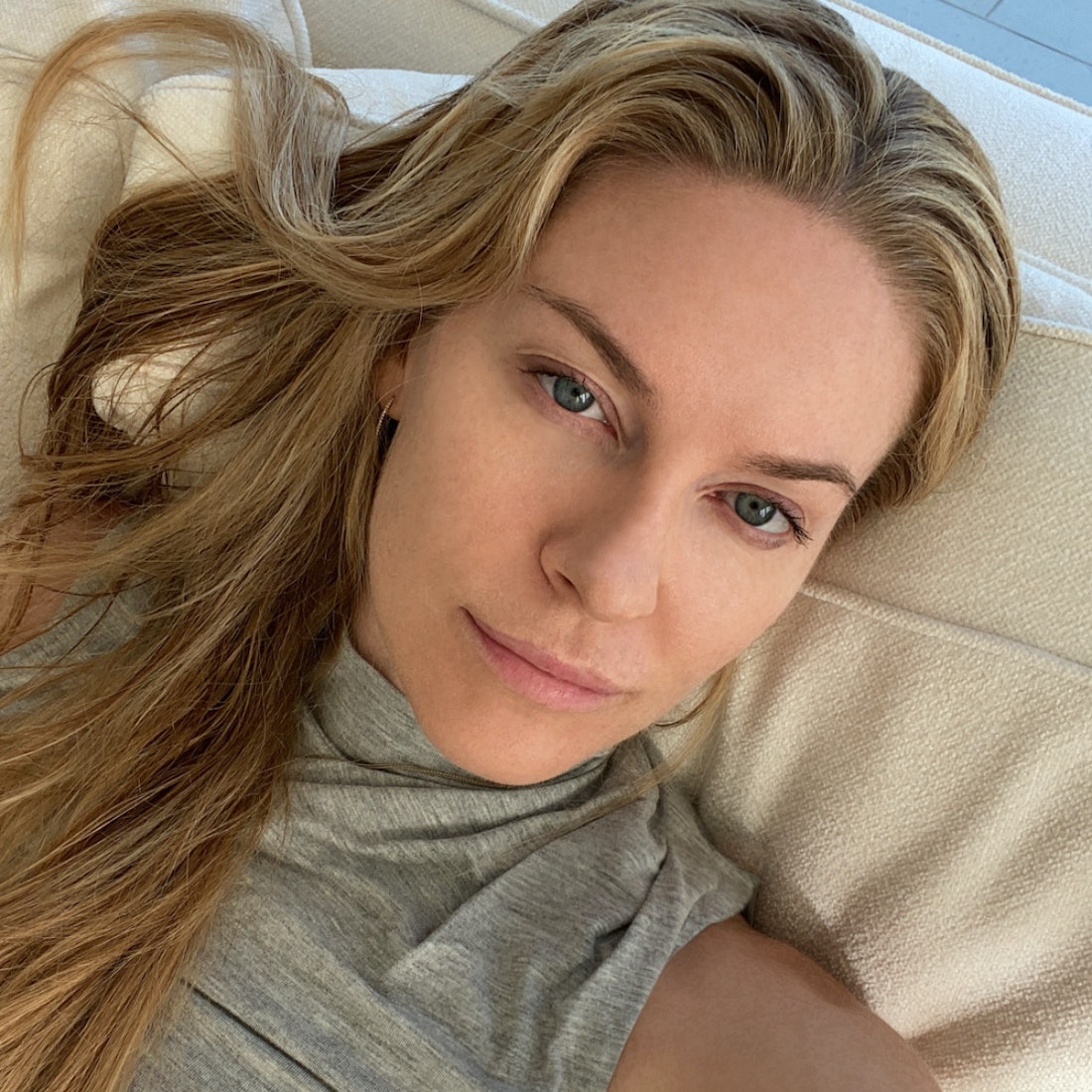 A Night In With Leah McSweeney

Leah McSweeney entered the Real Housewives of New York City franchise with a bang. In her very first scene, we meet the 37-year-old entrepreneur mid-punch, swinging a mean left hook during a boxing lesson. By Episode 4, she was naked in the Hamptons, hurling tiki torches from a pool deck into the woods. Here, a reality star was born.

Over Zoom, McSweeney makes her entrance a bit more surreptitiously: early to the chat, her hair in a messy bun, Greek yogurt container in her hand. “Hey, how are you?” she says by way of introduction with a take-it-or-leave-it confidence that has already made her a Bravo favorite with less than one season of Real Housewives under her belt. The founder of Married to the Mob, the popular NYC-based streetwear clothing brand, is dialing in from the Hamptons, where she’s temporarily visiting fellow RHONY cast member Elyse Slaine’s South Hampton home, which the two will document on Instagram Stories throughout the brief stay — McSweeney’s first time outside of New York City since quarantine started, save for a retreat to see family in Amagansett back in March.

“[COVID] is the most humbling f*cking thing,” she says. “We're so used to having things our way and this way, and now it's the COVID way. COVID is the one that's calling all the shots… It's been an adjustment. I was dealing with so much depression. I couldn't get off my couch. I could not. It was the stages of grief. It's denial, anger, sadness, acceptance. Literally, I went through all those. Because it's kind of like your life is dead as you know it. You're mourning your life that you had. This is no joke. I have friends who have died and who have killed themselves during this time. I know about four people my age who have died from suicide… I'm just trying to make the best of it. This is life now. What else can we do?”

Photo and Styling by Gabriel Held

Filming wrapped last December, but the show had yet to shoot testimonials and the reunion; the former was eventually done DIY-style at home, while McSweeney still doesn’t know the status of the latter. While her castmates went traditional full glamor for their at home looks, McSweeney, true to form, went for something she’d actually wear at home (and still no less glamorous looking in the end, for that matter): an orange Married to the Mob pullover. “People were complaining, like, ‘Oh my God. Leah's wearing a sweatshirt,’” she says. “I'm like, ‘We literally had to film.’ I mean, like I said, I could barely wake up in the morning. It was really hard to try to do that and also be dealing with your own mental issues and the pandemic and my kid and this and that. And that goes for all the women, you know?”

McSweeney has been keeping in touch with her castmates via group text, but in the meantime has been keeping busy with another major endeavor: moving apartments in New York City — “same building, just to a different apartment,” she clarifies — which is no easy feat, pandemic notwithstanding. “I've been sleeping on my mattress on the floor, which isn't that bad, and that is a vibe, but I've just been waiting for my new bed,” she says. “I wanted a pink bed and I found one.” There’s new rugs and vintage dressers (“The guys delivered it, they're like, ‘We love you. We watch you every week.’”) but her beloved coffee table, which Luann de Lesseps scoffed at earlier in the season, is staying put. “It’s your sanctuary, your home,” McSweeney continues. “I'm completely into all that. I love looking through interior books and just seeing the way other people decorate their homes. And Rob, when we had our loft in Tribeca, it was featured in a catalog.”

McSweeney, now sober once again following what she calls her “nine month drinking stint” during filming (she was previously sober for nine years), prefers a night in these days, anyway. She works out nearly every day, sometimes at night, watches reality TV (lately it’s been 90 Day Fiance and The Real Housewives of Beverly Hills) and orders the same meal almost every night from Westville: a chicken plate with sauteed kale and broccoli, or zucchini, mozzarella and tomatoes, and broccoli. “I'm such a loser, but it takes one less decision out of the day so it's easy,” she explains.

As businesses have begun to reopen, she’s started safely venturing out: sushi with her attorney; dinner at the Odeon with her ex-partner Rob Cristofaro and their daughter, 12-year-old Kier; a first date. “At the end of the day, it's not the time,” she says of the last excursion. “[But] it was a nice distraction to be texting and text flirting with someone.” (Of “her type,” an oft-discussed topic on the show: “In the past I’ve said Larry David, Joe Rogan, and Eminem. Maybe I shouldn't have said all those three. Joe Rogan's married, Larry David is literally 100, and Eminem is totally crazy and would never live in New York City. Maybe it'd be like a woman, actually. I don't even know. This is how little of a sex drive I have right now, that I cannot even give you a name.”)

Though she may be a self-proclaimed homebody at present, McSweeney, once a fixture of the downtown scene (to celebrate the season premiere, Cat Marnell posted a photo of herself and McSweeney, celebrating their 30th birthdays together at the Jane Hotel), has plenty of wild nights behind her — and plenty more to come. “I will say one place I won't go to,” she begins. “These are the places that are, for me, very corny, and if a guy asked me to meet him on a date there, I'm like, ‘I'm not even going on a date with you’ — Catch or Tao. And this is no shade to the owners of Catch and Tao, they're doing their thing and they make so much money, but that's just like... if I want to eat at a restaurant that's a scene, I'm going to go to a Balthazar.” Now for the good: “I used to love going to Macao. That was my spot. And I loved The Box. That's the first place I'll go to when everything opens back up. Weird sh*t goes down there.”

Until then, there’s RHONY episodes to fill the void. “Watching it now, I'm like, ‘Oh, remember when we could go to parties? It's almost like that's some of the last footage pre-COVID. Life pre-COVID. There it is. There's me throwing the ravioli and rolling around on the grass. I mean, that was life!”

If you or someone you know is considering self-harm or experiencing suicidal thoughts, call the National Suicide Prevention Hotline at 1-800-273-8255 or text HOME to the Crisis Text Line at 741741.