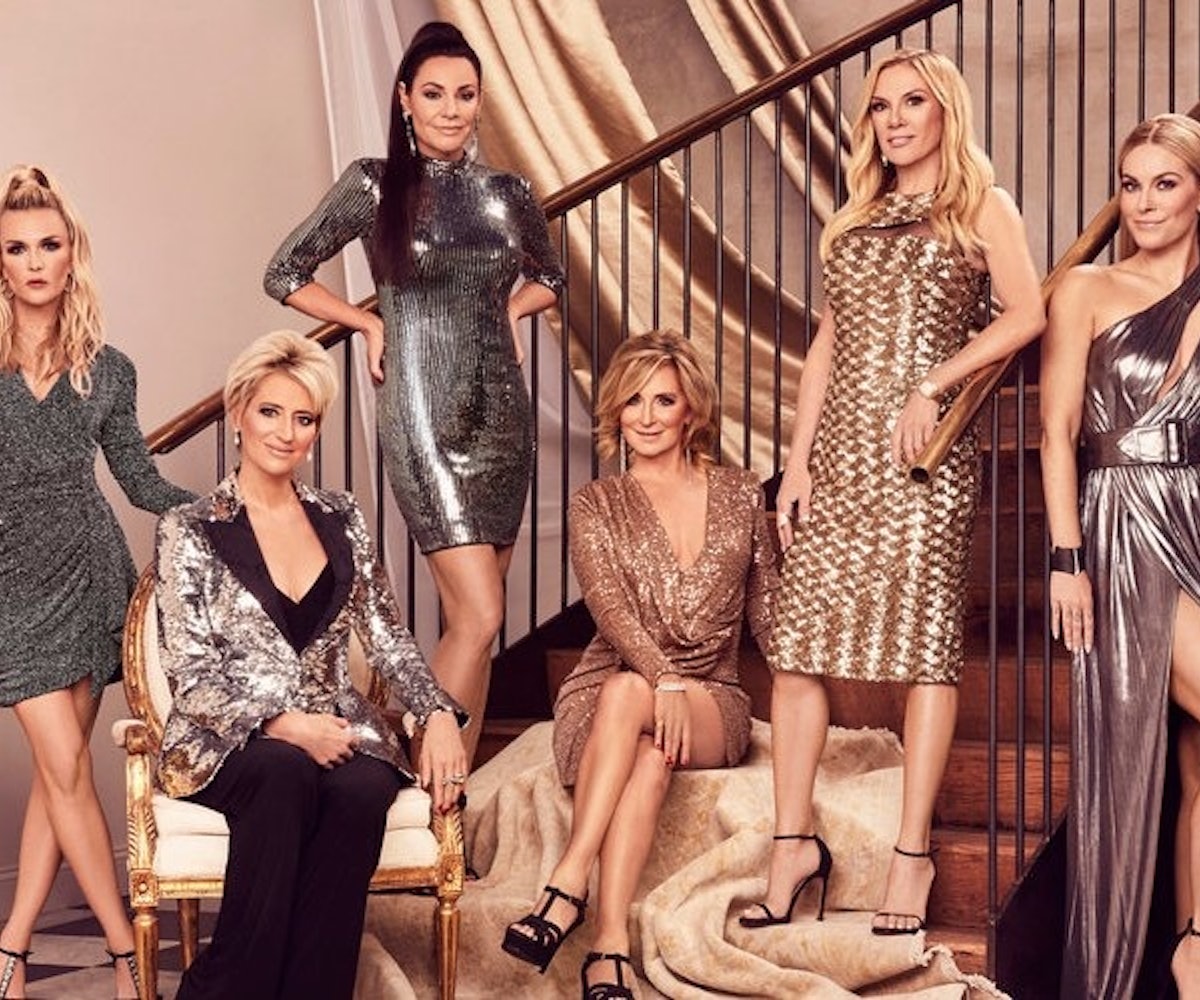 Reality television's most unhinged housewives are back. The Real Housewives of New York City released the trailer for its 12th season, and it's obviously going to be the most chaotic thing you'll watch all day.

Luann de Lesseps, Ramona Singer, Sonja Morgan, Dorinda Medley and Tinsley Mortimer are all back and continuing their penchants for belligerently screaming, feuding, and making out with each other. The trailer features a lot of RHONY-core moments, like Morgan falling out of her chair, Medley brandishing a wine glass the size of a human child, and Lesseps soliloquizing about her cabaret act. Who's excited for the housewives to hit the Berkshires this season?!

The ladies are also making due with fan-favorite housewife Bethenny Frankel's absence — Frankel announced her departure back in 2019 — and have a new cast member to stir the pot. "We have a new girlfriend, who's lovely," says Morgan in the trailer. "I think she's a classy girl…kinda rough on the edges." That's Leah McSweeney, a born-and-raised New Yorker and founder of the streetwear line Married to The Mod. If the trailer is any indication, McSweeney has already made herself at home among the housewives, shown participating in a screaming match with Medley and chasing Morgan around a pool while topless.

The RHONY's new season premieres April 2 on Bravo, and until then you can satiate your thirst for drama with the trailer below.