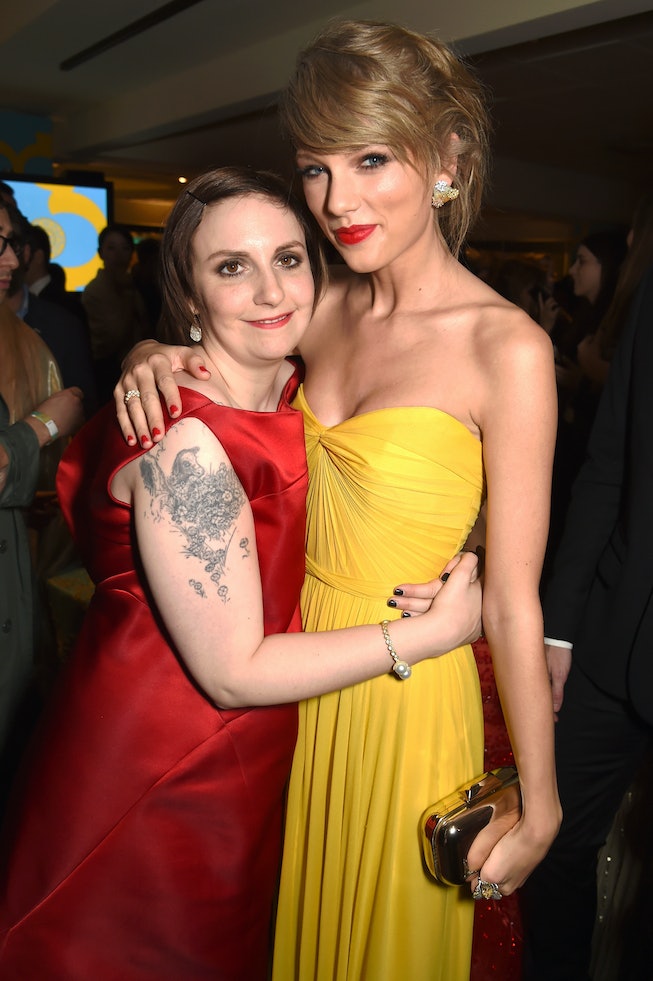 Lena Dunham and her partner, Peruvian-British Musician Luis Felber (who goes by the stage name Attawalpa, and ), just took their relationship to the next level and got married over the weekend, People Magazine reports. Page Six also confirmed the nuptials, calling the event a “secret ceremony.”

Now, more details of the event have come to light, with Vogue revealing that Dunham wore not one but three custom Christopher Kane dresses as the two wed in front about 60 guests at Soho’s Union Club in London. The pair wrote their own vows, and of their whirlwind romance (Dunham and Felber had been dating for less than a year before they got married), Dunham told Vogue: “I was trying to parse it, and we were sort of talking about it, but talking around it,” noting that some people wait 10 years to have that conversation. “So we just cut the 10 years down to 10 hours. And then we took a month to get married instead of waiting six months or a year.”

“I spent so much time during the pandemic talking to my girlfriends about our feelings over FaceTime, but a few of my best friends I haven’t seen in over a year,” Dunham told Vogue. “And, you know, my girlfriends have had to deal with a lot of not-so-happy things with me in our adulthood, so to be able to celebrate something joyful and use it as an excuse to be together was very special.”

Dunham and Swift have been friends since Swift’s infamous “squad” of celebrity friends first formed back in 2012. Dunham appeared in Swift’s “Bad Blood” video, and the two have remained friends for the past decade, with Dunham penning a tribute to the Red singer on her 30th birthday in 2019, writing:

“This woman is turning 30 today and what can I say. She can cook a lasagna or a lemon drizzle cake. She can cut your cat’s nails gently and even knows the term “dew claw.” She can style an outfit, paint a birthday gift by hand, plan a day that feels like an hour. She can fix a broken heart (not just with her music but with her love and wisdom.) She can dance (both hot and goofy.) She can unite friends and send the best links of the week and also, oh I forgot, slay the forces of oppression for female artists and become an irreplaceable icon.”

Before marrying Felber, the last musician Dunham dated is the infamous Jack Antonoff, best known recently for his Grammy-winning collaborations with Taylor Swift, Lana Del Rey and Lorde (who’s finally back!). Since then, Dunham’s spent the past few years as a single woman, aside from a brief engagement from a man who reportedly proposed with the lace of a Timberland boot.

NEXT UP
Culture
TikTok Dating Advice Is Hell On Earth
Culture
13 Valentine’s Day Gifts Under $100
It Girl
Madison Bailey Is Embracing The "Elegance" of Being in Her Mid-20s
Entertainment
Emma Chamberlain Is Officially Moving to Spotify On February 23 (Exclusive)
Style + Culture, delivered straight to your inbox.