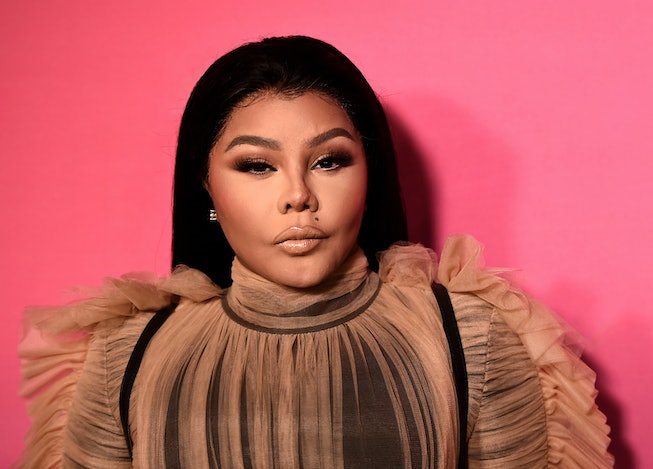 Recent times have been a boon for the true crime industry, with a new podcast or documentary tracking the real life events of criminal undertakings showing up in the queue seemingly every week. Our national obsession with what makes people tick provides endless fodder for those of us looking to understand the psychology of crime. In many, if not most of these stories, women are the victims, hapless passengers along for dangerous rides masterminded by the men around them. But what happens when you begin to peel back the layers of women’s own criminal dealings, and tell their stories?

American Gangster: Trap Queens does just that. The series, whose second season is now available on BET+, investigates the real life stories of female queenpins. We know that societal factors often lead women to commit crimes for very different reasons than men, and that the outcomes — from jail time to familial and financial ruin — can be even worse.

Narrating these stories of crime, drama and redemption is the one and only Lil’ Kim, who knows firsthand about the different traps women can fall into — and the strength and determination it takes to come out on the other side.

The second season of American Gangster: Trap Queens tells the stories of people like Peggy Fulford, who hustled millions from famous sports stars like Dennis Rodman and Ricky Williams, former Baltimore mayor Catherine Pugh, who engaged in million dollar fraudulent schemes that rocked City Hall, and Priscilla Echi — a Harlem resident pursuing music with the help of her friend DMX, before getting involved in a narcotics hustle that spun out of hand.

NYLON caught up with Kim ahead of American Gangster’s second season premiere to talk about her personal connection to the series, her own relationship with DMX and why women’s stories need to be told:

What initially drew you to want to be part of American Gangster: Trap Queens?

Well, when I was asked by BET to be the new voice, I was honored because, well, for one, this is something I always wanted to do. Even though I've never done it a day in my life. It was different for me. One thing about Lil' Kim is, I like challenges and I like to do different things. I don't ever want to have one job in the industry.

Here's the thing about Trap Queens. Trap Queens gives me a chance to help women who I relate to from where I grew up at. Older women, same age women, younger women from where I come from — it gave me an opportunity to give them a platform, to tell their stories. And to have someone who they possibly identify with telling their stories. There's nothing like someone who might have been through what you've been through, telling your story.

Have you been able to connect with any of the women whose stories you told?

Yes. It was the weirdest thing. DMX passed away, right? DMX is one of my favorite people in the whole world. He was like a brother to me. Very wise beyond his years. One of the greatest, biggest, hardest people you will ever meet in this world. Very blunt and honestly outspoken.

But one thing about his and I relationship, is he never changed up on me. He was always the same person every time I saw him. He was always loving and hugging and sweet and always happy to see me. That always made my heart smile. When I went to his funeral, I happened to sit next to a woman. The whole time she's just like, "We're both feeling the same pain." During one of the little singing breaks, this woman turns to me and she says, "Kim, look at God." She said, "I'm Priscilla." I said, "Oh my goodness." That was DMX. DMX asked God, "Can you sit these two together?" Because there was no way.

"You narrated my story on Trap Queen." I said, "Isn't that crazy?" She was like, "Yes, girl." She was like, "How did this even happen?" I was like, "How did this even happen?" Her and I bonded through that whole service. I was telling her about her story and how intrigued I was. She's actually the woman that DMX believed in, and he wanted a better life for her. He took her out of the streets and on the road with him, because she wanted to be a rapper at that time. He said, "I'm going to give you an opportunity to stay out of those streets and stay out of prison." I love DMX for that, because he took this woman who had a dream to do what he does. He let her have an experience to probably see if that was what she really wanted to do, because DMX is very intelligent like that. He'll test you. But long story short, the rapping thing probably didn't work out for Priscilla, but Priscilla gained a really tight bond and relationship with DMX.

Her and I kept in touch, and she would call me on the phone and I would talk to her. It's so funny because after this interview I'll probably call her, because she's on my brain now and it's a reason, so I probably need to call her. But I love her story, because she's a lot like myself. She's a lot like the women I knew. The older woman that I knew growing up with, she has a lot of their personality, but she's a loving, caring person. You could tell even all the stuff she went through, she just got caught up. I love DMX for giving her the opportunity to do something different. That woman is one of the women who stick out to me.

That's a beautiful story, and so crazy you were sitting next to each other like that.

That was DMX. I'm telling you. He was like, "I want them two to sit together." She was actually with him a few days before he passed. That's how close they were.

Wow. I live just right near the Barclays, and remember all of the bikes going by and everything they did for his memorial, it was beautiful.

Was there anything that really surprised you that came up when you were narrating these stories?

I wouldn't say anything was unexpected, because the life that I've gone through and led, nothing surprises me anymore. Nothing, literally nothing. But I will say I was, it was one of the stories that was very interesting to me. And I mention this woman time and time again, is Catherine Pugh, who later on became the mayor of Baltimore. She got caught up, but she was an amazing woman. You got to give it up to her. She reminded me of one of my aunties and godparents that I knew, who wanted a better life for their family by any means. Sometimes we do things that we know we shouldn't have done, and it's all to better our families. She also really cared about her community. I was very intrigued by her.

Her story was really fascinating, and it seems like women get caught up, as you said, for all kinds of reasons. Why is it important to you to tell their stories?

Well, this was very important to me because guess what? It's women's time right now. For the last five to seven years, it's been our time. We are coming up. I think that it's surprising to see that there are women out there that think like men. At the same time, I would love to see a movie about Catherine Pugh's life. I would love to see a movie, a documentary, something, a book. A lot of these women's lives are just movie worthy, documentary worthy. I mean, there's a documentary out the BMF documentary. There's a woman, Tonesha Welch, who was a part of that movement. She's also one of the women whose story I narrated in Trap Queens. There should be a movie about her life. This would be great for these times. Everything is documentary driven. Netflix, Amazon Prime. This is just the way of the world right now so it makes perfect sense.

Absolutely. Hopefully we'll see more of that to come. And maybe a movie about your life?

It's coming. As you know I have my book coming out. It was supposed to be released in November, but we're going to push it back just a little bit because we had some technical issues. It had nothing to do with the story, just technical issues, but it's coming. There's a documentary coming first before the movie.

And then you also have a Christmas movie coming out with Nick Cannon.

Nick Cannon is one of my best friends. He's been one of my best friends for years, many years. We're really close. We're the type of best friends that we could just go and eat ice cream, and we're having a fun time. Nick owns one of the Sugar Factory [restaurants], the one in Atlanta. We went to dinner there and we were just talking. At that dinner we kind of made the agreement that he would be my manager. He's been in my life for a long time. He's somebody that I can call, and he gives me some of the best advice.

We got together and he's convinced me to do more movies because I have fun playing other characters. I just, I do it naturally having fun just playing at home. But he has a movie, he's producing, directing everything. It comes out really soon. It's called A Miracle Across 125th Street. I play his girlfriend, his first girlfriend. I'm a bad influence on him, but he loves it. He can't get enough of it.

Second season is coming of Trap Queens. I'll be posting on my page, Lil' Kim, the Queen Bee, you can follow me there. I'll be posting the dates of the episode so you can go there and you can look out for the dates. Nick’s also got another movie called, She Ball, and there's a video that I did a soundtrack to — I did a soundtrack to the movie. The song is coming out, featuring myself, Coi Leray, and a few other new up and coming girl artists. You'll get to know all of their names really soon. I'll post that on my page as well. You'll see all of that coming really soon.