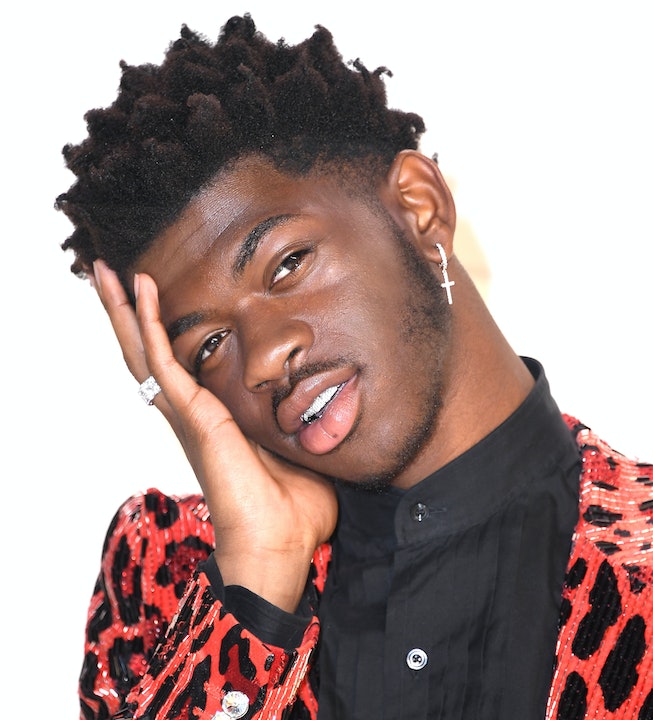 Lil Nas X knows how to promote the hell out of a single. If you can remember as far back as 2019, the year was inundated with a deluge of memes and videos promoting "Old Town Road," Lil Nas' debut country rap single that straight up defined the year. Fast forward through tons of success — Grammy awards! A record deal! Critical acclaim! — and the 21-year-old is at it again with his new single, "Call Me By Your Name."

Much like the novel and film of the same name, the rapper is bringing romance to the forefront of his single promotion. He teased new photos of himself late February 17 decked out in his health-goth best: Prada boots, a simple black tank and running shorts, and stacked layers of heavy gold chains. Now for the romance: Lil Nas further accessorized with a bouquet of red roses and bright head of red hair. The final touch? A heart-shaped rose petal border, what else?

"Call Me By Your Name" will be part of Lil Nas' forthcoming debut album. In true Lil Nas fashion, he's been teasing the record and the single since summer 2020, posting snippets online to keep the hype going strong. He clearly knows what he's doing — a preview of the track was featured in a Super Bowl LV commercial earlier this month.