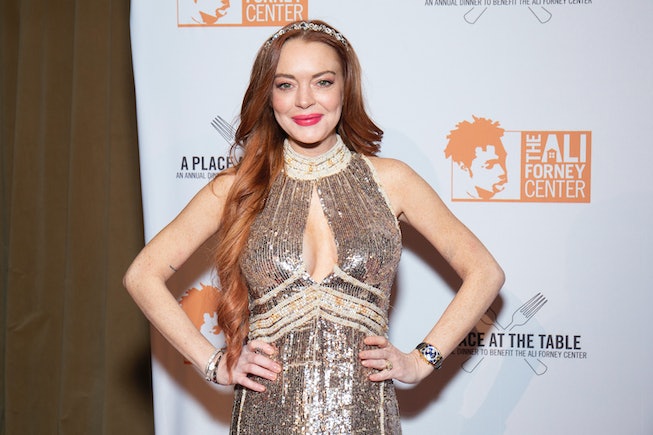 Lindsay Lohan is returning to the big screen (sort of) as the star of a new Netflix Christmas special. The untitled film follows Lohan’s character who, according to Variety, is a “newly engaged, spoiled hotel heiress.” Romance ensues after the protagonist (Lohan) get’s amnesia from a ski accident. Per the log line, she finds solace in a “handsome blue-collar lodge owner and his precocious daughter in the days leading up to Christmas.”

This is Lohan’s first major role since starring in director Tiago Mesquita’s 2019 indie film, Among The Shadows. The movie was negatively received, and many viewers claimed to be disappointed in her performance. But with a film canon as iconic as The Parent Trap, Freaky Friday, Adventures of a Teenage Drama Queen, and Mean Girls, I imagine it’s hard to maintain that level of excellence.

This upcoming Netflix movie, however, has a talented team ready to stir up some Christmas magic. Writers Michael Damian, Jeff Bonnett and Ron Oliver are teaming up to pen the script, while Hallmark holiday movie alum Janeen Damian will direct. The rest cast has not been revealed, but expect more updates as the film goes into production this November.