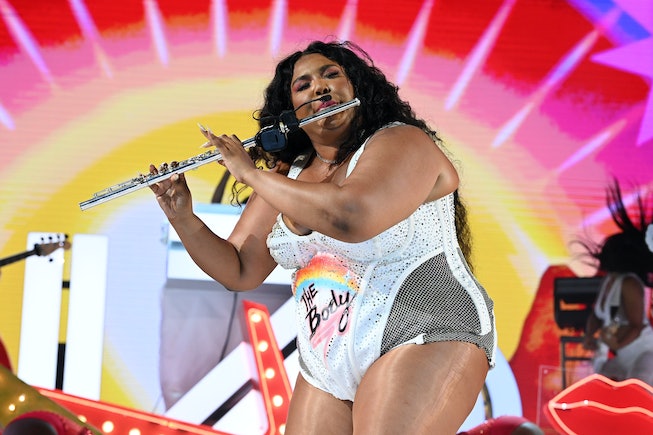 Lizzo is hitting the road. The “About Damn Time” singer has announced The Special Tour, a new North American headlining tour in support of her forthcoming fourth studio album, Special, out July 15.

By the time the tour kicks off in late September, Special will have already been out for a few months, meaning you’ll have plenty of time to memorize all of the record’s groovy, summer-ready tracks for what’s sure to be an exciting fall reprise. The star’s headlining trip across the U.S. and Canada starts September 23 in Sunrise, FL, before it takes her down the east coast, to the midwest, and finally to the west coast, ending at Los Angeles’s Kia Forum on November 18.

Latto, the Atlanta-based rapper behind one of the season’s biggest hits, “Big Energy,” will support Lizzo on the stretch of dates.

This will be Lizzo’s first tour since the star wrapped up her Cuz I Love You Too Tour in 2019, which saw her play auditoriums and theaters across the U.S. and Europe. One big change this go-around: Lizzo will be filling out arenas, including New York City’s Madison Square Garden and Washington, DC’s Capital One Arena. It’s a stark reminder of just how much of a household name the singer has become in recent years as she comes off her recent stint as host and performer for SNL, and debuts her new competition reality show, Watch Out for the Big Grrrls.

See everything we know about attending The Special Tour — including the full tour schedule and how to buy tickets, below.

On Oct. 3, Lizzo unveiled the U.K and European legs of the “Special Tour,” kicking off in 2023. See the full schedule below.

Who is opening The Special Tour?

Latto, the Atlanta rapper behind hit song of the moment and strong song of the summer contender, “Big Energy,” will open for Lizzo on The Special Tour.

How to buy tickets to The Special Tour

This article was originally published on April 25, 2022