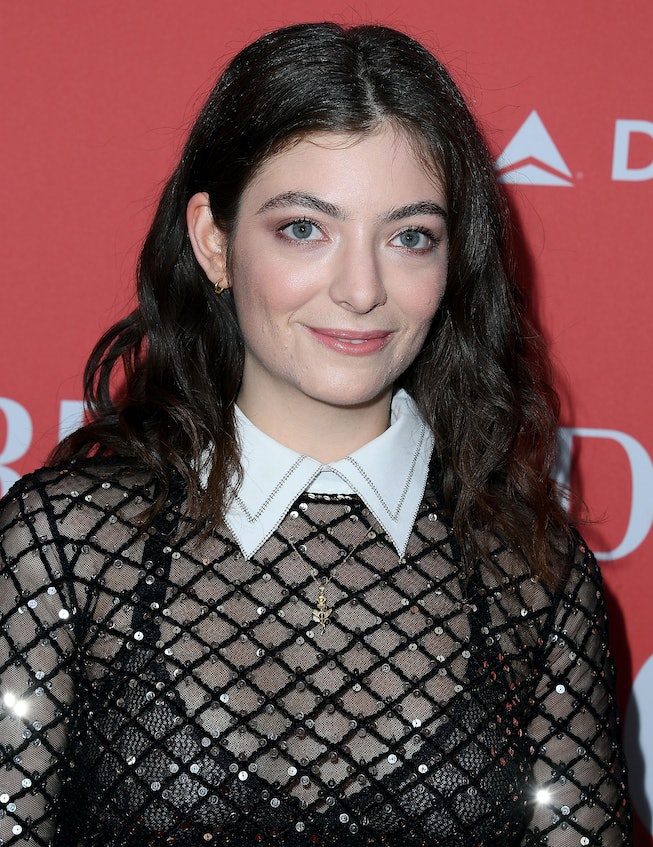 Lorde, the ever-elusive Scorpio songstress, has sent out one of her famous email correspondences. She paid a visit to Antarctica in early 2019 — so Lorde, right? — and of course was inspired beyond belief by the continent’s sheer and terrifying beauty.

“I realised [sic] after the trip that what my brain had been craving was a visit to an alternate realm,” she explained. “Albums live in their own realms in a way, and Antarctica really acted as this great white palette cleanser, a sort of celestial foyer I had to move through in order to start making the next thing. In the plane coming down to land, I had this very intense bolt-of-lightning thought, which in all its eloquence was literally ‘DON’T MAKE SHIT RECORDS’, lol.”

Lorde called the trip a “life highlight” that opened her up to a new world which she’s continuing to build. “I am very excited to start showing you soon,” she wrote. The aforementioned showing is not quite yet her follow-up to 2017’s opus Melodrama, but a 100 page photo book of her Antarctica trip, titled Going South.

The book includes photography by Harriet Ware and more Lorde musings, with all net proceeds going toward a scholarship fund for an Antarctica New Zealand postgraduate scholar to study the science of climate change. “Imagine if we could put someone though a climate-related PhD with this little book!” she exclaimed. “It’s almost too awesome to think about.”

Going South is available for pre-order here, and the first 500 copies come with an extra special picture postcard signed by Lorde. When we last heard from her in May, Lorde said that her new record was steadily coming along. “The work is so fucking good, my friend,” she wrote. “I am truly jazzed for you to hear it.” Until then, we’re going south, too.