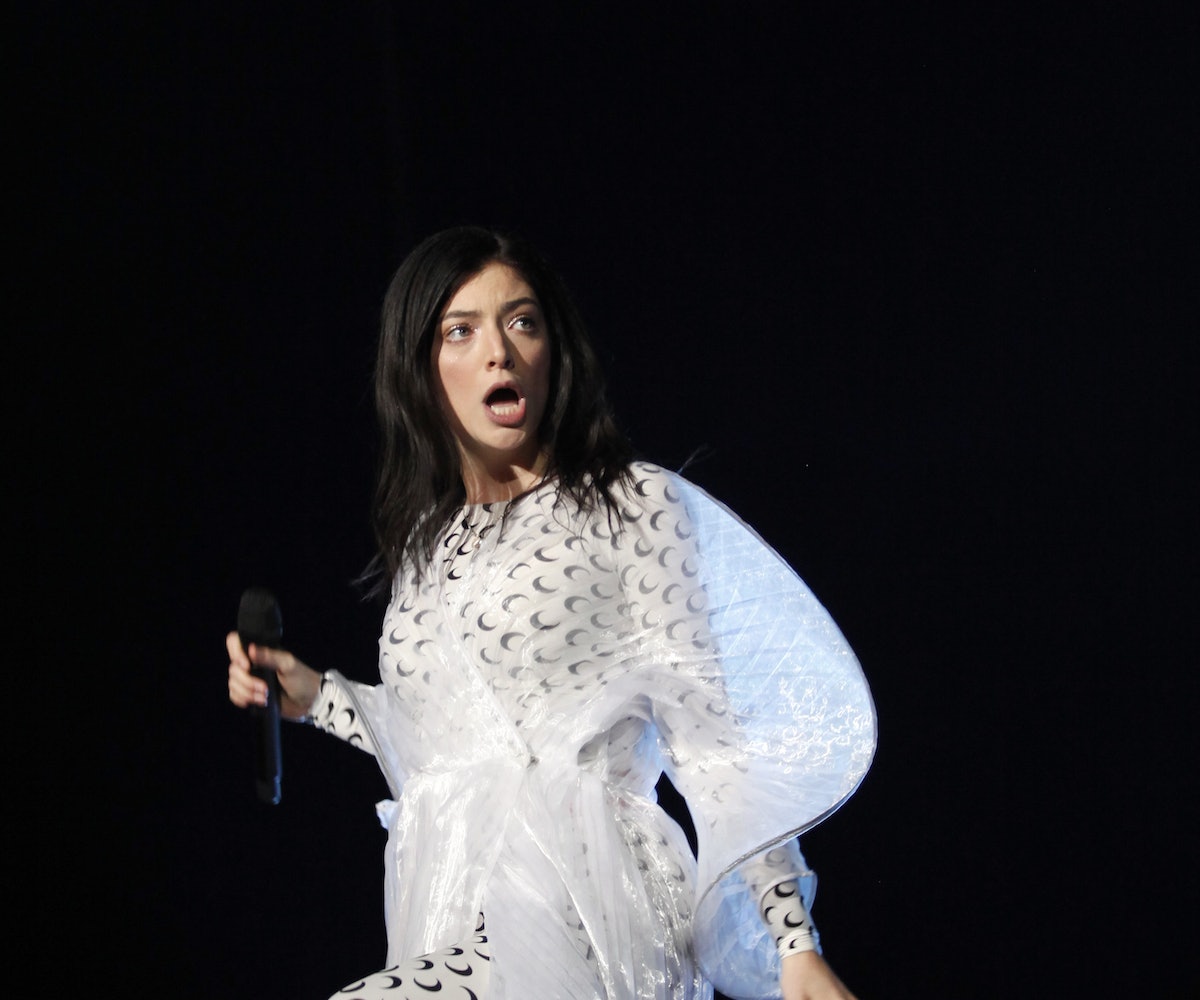 Lorde has been watching all of your memes, jokes, powerpoint slideshows, and fan videos about her relationship with Jack Antonoff. Now, she has some words.

In a new interview with the New York Times, the Auckland star finally addressed the rampant speculation and rumors surrounding her relationship with Jack Antonoff and the creative role he plays on her albums, slamming them as “retro” and “sexist.”

As Antonoff has grown to become a frequent and close collaborator to many women pop stars in the music industry — from Taylor Swift to Lana Del Rey to St. Vincent, Clairo, and more — a certain narrative from fans and critics alike has emerged online: the bespectacled producer is, now, annoyingly everywhere, and his involvement with these stars is more akin to a svengali figure, swapping out their uniqueness for more of that smooth, sparkling, and easy-to-down Antonoff style. Maybe, he’s more or less even flattening the sound of pop music being created today.

That criticism and assumption has been dumped onto Lorde and her upcoming album Solar Power, and speaking to the Times the star firmly pushed back on that narrative.

“I haven’t made a Jack Antonoff record,” the singer told the Times. “I’ve made a Lorde record and he’s helped me make it and very much deferred to me on production and arrangement. Jack would agree with this. To give him that amount of credit is frankly insulting.”

She elaborated on their working relationship describing it as a push and pull of what she likes and doesn’t like about his creative style. And don’t get it twisted — she’s always the one steering the boat.

“I know that there are certain hallmarks of what Jack does and some of those things I really love and some of them I don’t like. And I beat them out of the work that we do together,” she added. “I say this with so much love and affection, but I feel like we’re doing up a house together and he’s like, ‘Look at this serviette that I fashioned into the shape of two swans! Look at this set of woven baskets!’ And I’m like, ‘Great — one per room.’”

Finally, Lorde firmly shut down the rumors that she and Antonoff have been in a secret romantic relationship — or that they ever had a romantic thing going. Ultimately, she doesn’t blame the public for not understanding the exact nature of their partnership, admitting: “No one who’s in a job that isn’t my job has a relationship like the one I have with Jack.

“He’s like a partner to me,” she said. “We’re in a relationship. It’s not a romantic relationship, but we’ve been in it for seven years, and it’s a really unique thing, so I don’t begrudge people maybe not being able to understand it.”

So that’s that on that! And we better not see 48-slide presentations dissecting their relationship from now on.

NEXT UP
Entertainment
The Meaning Behind Paramore's Disillusioned Anthem, "This Is Why"
Entertainment
Getting Ready With Pale Waves For Their 2022 New York City Concert
Entertainment
On ‘Cool It Down,’ A Spitfire Band Matures
Entertainment
Hayley Williams' & Billie Eilish's "Misery Business" Duet Almost Didn't Happen