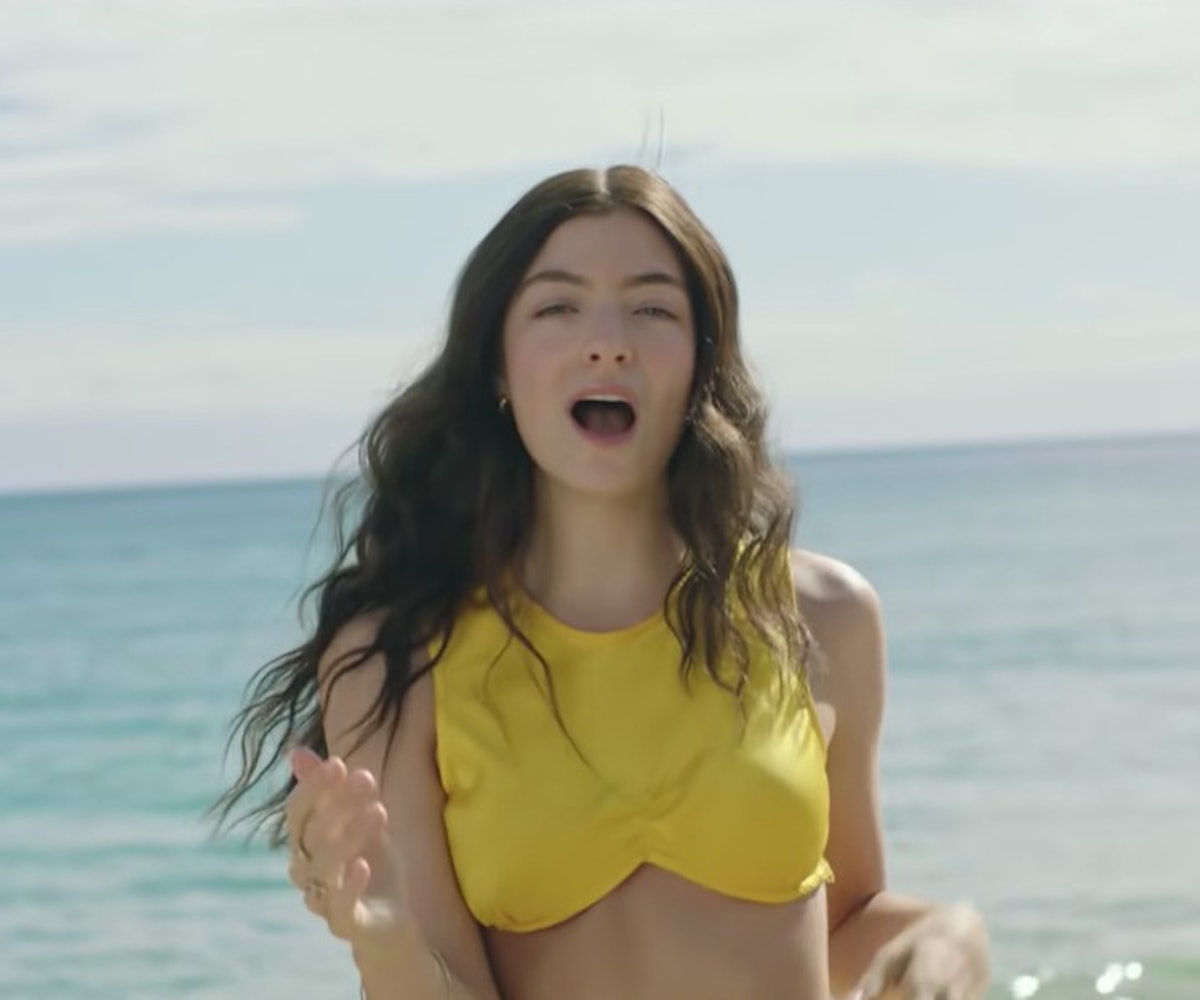 When Lorde first revealed that the title of her third studio album was inspired by her 2019 trip to Antarctica, it was hard to know what she meant. Was it the continent’s terrifying beauty that captured her attention? The research station? Penguins?

Now, with its lead single out and album title, Solar Power, finally known, a fuller picture of the star’s third record is starting to emerge with one popular fan theory prevailing over the rest: that Solar Power is actually going to be an album about climate change.

While it may initially seem like a stretch given the upbeat manner of its lead single, certain details from the album rollout and clues from the singer herself have given some fans pause. After all, is it really in Lorde’s track record to deliver an album without a searing core message?

Below, the popular fan theory explained.

“Solar Power” isn’t as carefree as it seems

Since the release of lead single “Solar Power” and its sunny accompanying video, Lorde fans online have been speculating that the New Zealand singer may be using the song’s breezy message to mislead the public about the true narrative of the album.

While music critics have praised the lead single as an unassuming “carefree vacation update” and a “soft-touch anthem for the season’s simple pleasures,” eagle-eyed fans have spotted some off-putting details that suggest not everything is as carefree as it seems.

Fans have pointed to one scene in the “Solar Power” video in which Lorde seems to distract the camera from panning closer to a pile of trash strewn across the beach; plus there’s the fact that Lorde seems to be the only person smiling and visibly happy in the entire video, a small detail that adds an unsettling layer to the happy-go-lucky visual. “[E]veryone around her follows like a brainwashed cult. madame is talking about climate crisis,” one Twitter user points out.

There’s also that lyric — “I’m kinda like a prettier Jesus” — which would definitely make a lot of sense in the context of Lorde leading a sun-worshipping cult.

Additional clues from Lorde herself have also added fuel to the climate change fan theory. Following the release of “Solar Power,” the singer quietly updated her website with cryptic and silent aerial footage of crop circles which seem to depict her album title — “S” and “P” — in a circular logo. Culturally, crop circles have long been tied to alien conspiracy theories as well as other theories around extreme weather and climate events like solar eclipses and such. So it’s not a stretch to assume that Lorde’s crop circles, along with the ominous message that arrived alongside them — “Every perfect summer’s gotta take its flight” — is also foreshadowing something more ominous to come.

Lorde’s latest clue and update to her website — a video of her meditating outside in Midsommar fashion as two women work in the background — has prompted even more speculation from her fans that a dark narrative twist is on the horizon. “I can’t wait for this Lorde album to be a Midsommar-esque horror core disguised as alt pop,” wrote one on Twitter. One thing’s for sure: there’s definitely something strange going on.

What has Lorde actually said about the album?

But perhaps the best tip offs we have on what exactly Solar Power will be about come from Lorde herself.

Back in December 2020, when Lorde announced her Antarctica photobook Going South, she revealed to the New Zealand outlet Newshub that she’d named her third album shortly after her 2019 excursion to the icy continent (In November 2020, she writes about protecting Antarctica in an essay for New Zealand’s Metro magazine). Now, considering that detail in context of Solar Power being about climate change — it all makes more sense.

“Throughout the week, I’ve been reminded of an obvious fact, over and over — that witnessing the natural world is the most important reason to be alive, that its wellbeing matters above all else,” Lorde wrote of her trip in Metro. “Being in Antarctica has clarified how deeply vulnerable, how in need of protection, it is. But it took coming here for that knowledge to galvanise — and in coming here, I have also been a small part of its deterioration.”

What clearer way is there to grasp the terrifying concept of climate change than to experience its most extreme effects in the most extreme place on the planet?

See more tweets about the theory below.