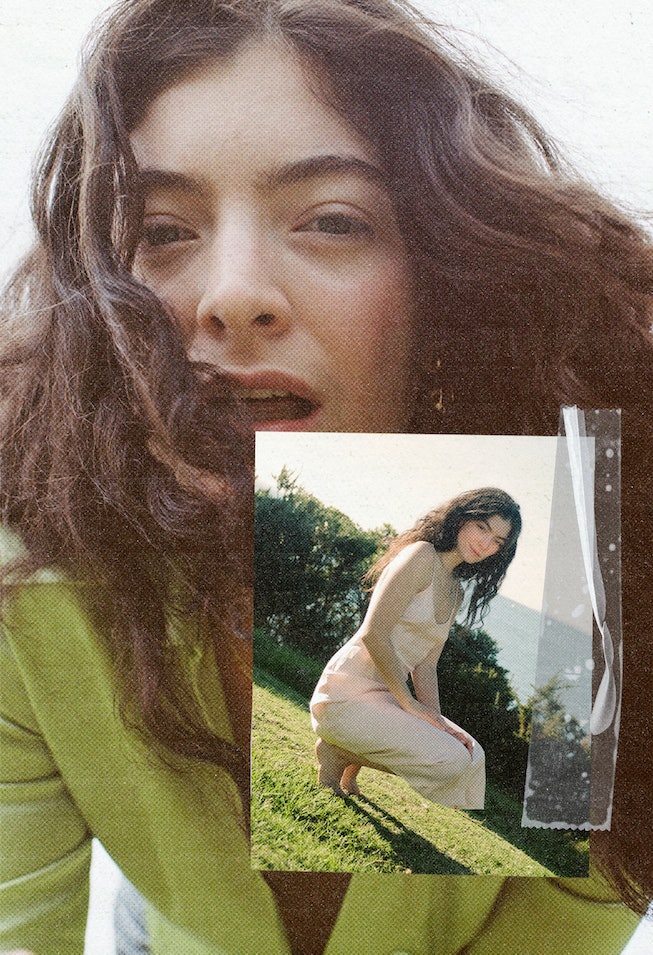 Lorde’s third studio album, Solar Power, has finally arrived, and already fans and critics alike are rushing to make sense of the Kiwi star’s latest, and surprisingly, low-key era. It’s “self aware and scaled-back” but “drab,” Pitchfork declares in its review, while Rolling Stone describes the album as “smooth and beachy, searching for serenity in anxious times.” Her fans online have anointed it something simpler: “me and lorde are both in our weed addiction era it’s kinda beautiful,” tweeted one user.

Indeed, she herself said as much in an interview with the New York Times where she called the record “one of my great weed albums.” And though she didn’t specify whether thats in reference to the sound or lyrical content of the record — love it or hate it — the descriptor is the accurate vibe of both elements of the project; the sonics of Solar Power is all laidback guitar, unhurried melodies, and soft, wispy singing: chill and softly revelational. Its lyrics are more consuming and existential, concerned with the passage of time, growing older, the pursuit of happiness, and being perceived as a savior of some sort (she rejects it). The musings of stoner, perhaps?

Below, we rounded up some of the star’s best stoned out and lightly existential thoughts and lyrics from Solar Power, ones worth contemplating during your next stoner session.

Lorde knows our disposition: we’re all broken and sad, just searching for guidance in a chaotic, messy world. It’s not exactly a big revelation, but how many stoner thoughts — once you sober up — are? At least it’s true, and her line about realigning with our dreams feels like a worthy topic to gnaw on while you’re high.

We’ve all been there: you’re high, getting your nails done, and boom: everything you know or loved is eventually going to die. Or at least we know Lorde’s been there, given the lightly anxious lyrics of “Stoned At The Nail Salon.” You can’t not not listen to this track while high at least once and maybe, once its over and your mind is clear, you should give your parents a call.

3. Your dreams and inner visions, all your mystical ambitions/ They won’t let you down/ Do your best to trust all the rays of light/ Everybody wants the best for you/ But you gotta want it for yourself, my love — “Secrets From A Girl (Who’s Seen It All)”

Lorde is speaking to her 15-year-old self on this song, a scenario that sounds like a weed-induced conversation if we’ve ever heard one. The nice part of this sentiment is that it also comes across as quite encouraging, one of those mantra-like messages that if you can buy into while stoned out of your mind, might actually stick.

Sometimes getting high is a more humbling trip, and it seems Lorde has had many of those if this lyric is any indication. While we don’t recommend going down the deep end of who you thought you were, it could be worthwhile contemplating how the ways you’ve thought about yourself have changed.

Spiritually, this line is like the anxious counterpart to the classic stoner anthem “Three Little Birds” by Bob Marley. Yet the third-eye-opening sentiment of Lorde’s lyric feels important to contemplate, maybe while burning some sage or with some crystals nearby, per her cheeky suggestion.

6. In the future/ If I have a daughter/ Will she have my waist or my widow’s peak?/ My dreamer’s disposition or my wicked streak? — “Oceanic Feeling”

Thinking about your hypothetical unborn children is the trippiest thing, and definitely something that only feels feasible to explore if you’re in the proper mental space. Lorde’s own thoughts about her future daughter feel simultaneously heavy and romantic, which feels like the right territory to be in if you decide to blaze one up and do some speculating yourself.

NEXT UP
Entertainment
The Meaning Behind Paramore's Disillusioned Anthem, "This Is Why"
Entertainment
Watching The Queen In Queens
Entertainment
Getting Ready With Pale Waves For Their 2022 New York City Concert
Entertainment
On ‘Cool It Down,’ A Spitfire Band Matures