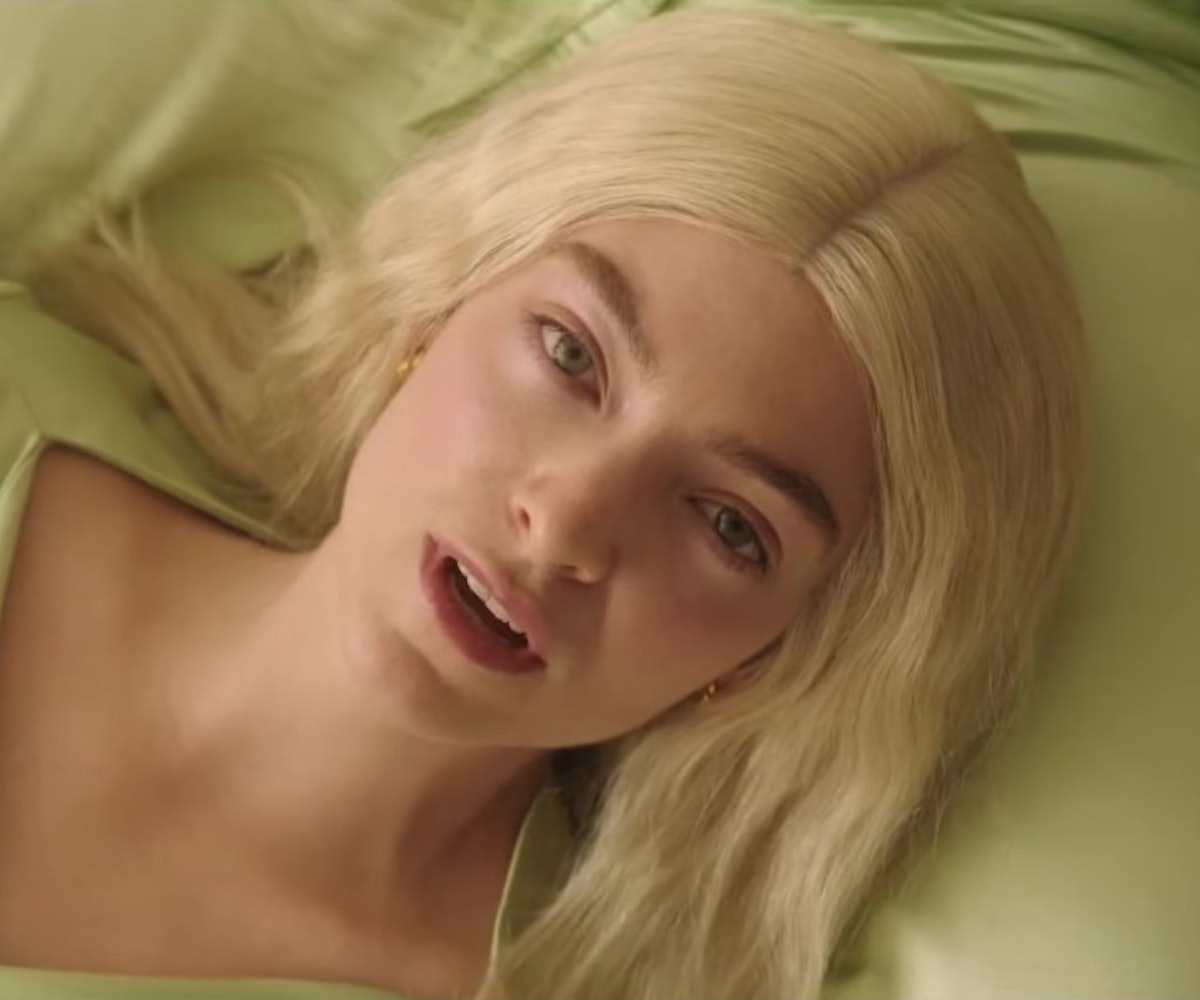 Though Lorde has taken care to not say her name, the connection is made pretty plain as the Kiwi star’s latest track is all about that New Age-y, West Coast, spiritual, woo-woo culture that’s proliferated among the (predominately) rich, white and wealthy over the last decade or so, with Paltrow’s wellness company Goop leading the pack.

On “Mood Ring,” Lorde sings about feeling down and out — “Today it’s as dark as my roots/ if I ever let them grow out” — before nostalgically remarking: “Don’t you think the early 2000s seem so far away?” In response she calls out to all her girlfriends to get the healing process started: “Ladies, begin your sun salutations/ Transcendental in your meditations/ Love and light/ You can burn sage, and I’ll cleanse the crystals/ We can get high, but only if the wind blows just right,” she chant-sings on the pre-chorus.

In a press release about the song, Lorde explained that “Mood Ring” is a satirical look at the pseudo-wellness trend and now industry, and that she was inspired to write about this topic after a deep dive into the ‘60s era Flower Child culture and the similarities between trends from that time period and now.

“One thing that occurred to me as a major parallel between that time and our time is our wellness culture and our culture of spirituality, pseudo-spirituality, wellness, pseudo-wellness,” she said in a statement. “ Things like eating a macro-biotic vegan diet or burning sage, keeping crystals, reading tarot cards or your horoscope. These were all things that they were dabbling in back then, and that me and my girlfriends are dabbling in today. I was like ‘I think there’s a pop song in here.’ So this is kind of my extremely satirical look at all of those vibes.”

In the music video directed by Lorde and Joel Kefali, the star and a group of her friends hold hands, dance, pass around plants, and arrange river stones at what could ostensibly be one of those pseudo-wellness retreats. They’re all dressed in matching pale green slips and jumpsuits and after a while, it almost feels like they’ll be trapped in that beautiful all-beige room forever, destined to arrange rocks and sun salutate for eternity, in search of “inner peace.”

That darker and satirical edge rears its head in the song’s lyrics too, as Lorde admits on the chorus, quite sadly, that she “can’t feel a thing.” “I keep looking at my mood ring/ Tell me how I’m feeling/ Floating away, floating away,” she sings.

The Melodrama singer’s complex exploration of wellness and spirituality falls in line with the the messaging of her previous singles, “Solar Power” and “Stoned At The Nail Salon,” both of which belie its surface messages with deeper reflections. On “Solar Power,” Lorde paired lyrics about loving summer and hot weather with a music video riddled with cult imagery and ominous signs of climate change and mankind’s impact on the planet. “Stoned At The Nail Salon” reflects on the age-old existential dilemma of growing older, but slices through the seriousness by wondering, “Maybe I’m just stoned at the nail salon.”

Her messaging, steeped in layers and carefully pointed, are subtle, and for some fans online, a bit too subtle. Already, some fans on Twitter are pointing out that any serious criticism Lorde may be trying to lobby at the pseudo-wellness industry — from appropriating from indigenous and Eastern spiritual practices, and the blatant class and race factor of it all — aren’t actually landing, as it’s simply too hard to tell from the song alone if she’s trying to mock Paltrow’s image, or just wanting to try it on for size.

“I appreciate that she wrote a whole thing clarifying it's satire, but if all this commentary on wellness and "optimization" isn't even present in the song....can you really call it satire? Or is it just impersonating a character?” writer Claire Shaffer points out.

Consider it food for thought as we wait for Lorde’s Solar Power which finally arrives on Friday, August 20.