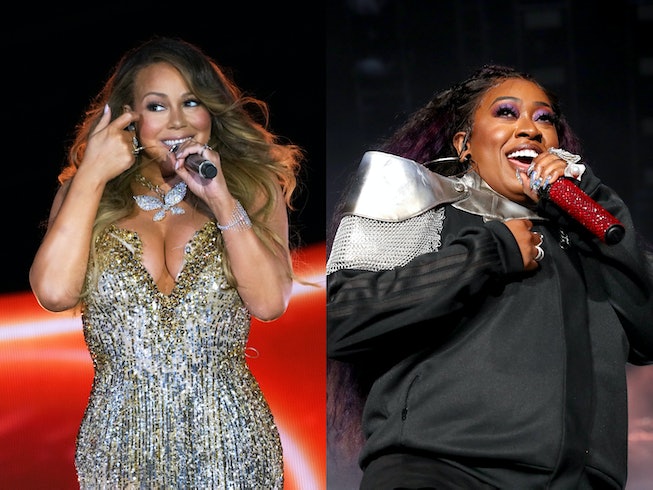 The inaugural Lovers & Friends music festival was, to put it lightly, almost a disaster. Upon its announcement in February 2020 — with a too-good-to-be-true lineup boasting TLC, Usher, and Ms. Lauryn Hill as headliners — several artists took to the internet to claim they hadn’t actually signed on to be apart of it, stoking rumors of a Fyre Fest 2.0. When that was all eventually smoothed over, the festival was unceremoniously cancelled by, well, you already know by now. Against all odds, the R&B nostalgia extravaganza finally happened in 2022 (with a second date added by popular demand, no less), and now the Lovers & Friends festival is returning for round two.

On Jan. 17, the “Usher presents” festival unveiled its 2023 lineup that’s even bigger and better than the last, incredibly enough. Missy Elliot, Usher, and Mariah Carey are this year’s headliners alongside a lower bill that’s star-studded enough to make-up its own festival including Pitbull, Christina Aguilera, 50 Cent, Miguel, Nelly, Boyz II Men, Summer Walker, Lil Kim, Eve, Da Brat, and many others.

The 2023 event takes place once again in May, once again in Las Vegas, and is once again one day only (for now). Tickets are sure to sell out, so scroll on to find out everything you need to know about attending including the full lineup, exact date, and how to score passes.

In total, over 45 artists will grace the stages of the festival’s one-day event, with many heavy hitters making rare performances like Missy Elliott, who will make her first billed performance since 2019.

The festival takes place Saturday, May 6 at the Las Vegas Festival grounds in Las Vegas, NV.

Registration to access the festival’s presale is open now. The presale kicks off Friday, Jan. 20 at 10 a.m. PT/1 p.m. ET. Any remaining tickets will go to general onsale starting at 2 p.m. PST/5 p.m. ET on the same day.