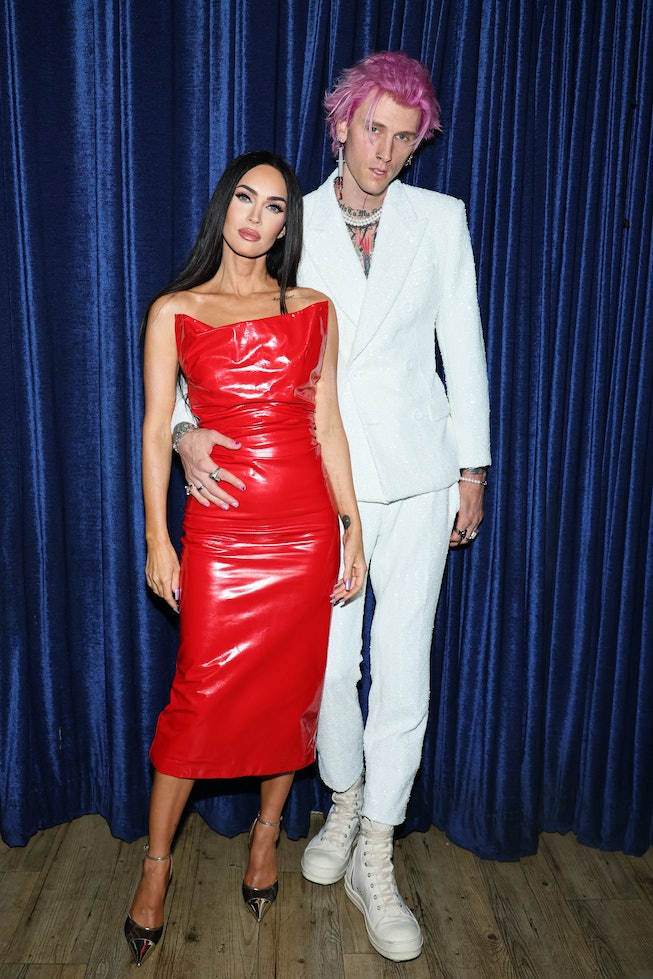 Machine Gun Kelly has opened up again about a miscarriage he and Megan Fox reportedly experienced last year.

The pair initially sparked marriage and pregnancy rumors earlier this May at the 2022 Billboard Music Awards. As Kelly was on stage to perform his Mainstream Sellout ballad “Twin Flame,” he announced to the audience that he “wrote this song for my wife.” Later, halfway through the song, he paused the performance again to add, “And this is for our unborn child,” a line that isn’t present in the song’s official recording. Though some interpreted the shout out as a pregnancy announcement, fans online believed Kelly was actually referencing a miscarriage that he and Fox had experienced, alluding to backstory about the song that the musician himself wrote in an accompanying Mainstream Sellout zine.

In the zine, Kelly explains that “Twin Flame,” which includes the sound of a heartbeat in the production, was made in two separate bursts. “The second part of [‘twin flame’] came almost two years later,” he writes. “Well, actually, it started as a song called ‘One Day and 10 Weeks.’ Then I made a song called ‘Last November.’ Neither expressed the sadness we experienced from what I will leave private, and I circled back to [‘twin flame’] and decided to add on to the story. Our story.”

Both Kelly and Fox have never spoken publicly about the miscarriage, however, Kelly has seemingly opened up again about what happened with the release of the song “Last November,” the same track he references in the zine.

On Friday, the singer and rapper released the deluxe version of his album Mainstream Sellout, on which he added five previously unreleased songs including “Last November.” The song is another acoustic ballad with Kelly on guitar and seemingly finds him singing to his unborn child.

Later, on the track’s second verse, Kelly appears to get a bit more specific and addresses the miscarriage directly with the lines: “One day and another ten weeks/ I never even got to hear your heart beat/ Last year feels like a past life/ We said, "Forever," on the very first night, yeah.” They line up directly with what Kelly previously wrote in his zine, and it’s clear that that time was a difficult and painful period for the singer.

On the song’s chorus, Kelly wonders if he could’ve done anything different to prevent what happened: “So sad we ended up here/ So sad, but everything's clear/ Could I save your life if I pressed rewind?/ I wish I could go back to November last year.” However, the singer seems to find some form of acceptance by the time the bridge comes in, “Obviously I never wanted to write this song/ Promise to me that when the stars shine bright/ You'll take a comet to me to show me you're still here/ Eternally.”

Ahead of “Last November”’s release, Kelly took to Twitter to say that the song “‘is the truth behind the second half of ‘twin flame’.” It’s a reference to the beat switch that comes in at the end of “twin flame,” when Kelly sings over a lo-fi acoustic guitar, “Go to sleep/ I'll see you in my dreams/ This changes everything/ Now I have to set you free.”

At press time, Kelly and Fox still haven’t publicly commented on the miscarriage. The two officially announced their engagement back in January. Kelly has one daughter, Casie, from a previous relationship.

Kelly’s Mainstream Sellout (Life In Pink Deluxe) is out now.