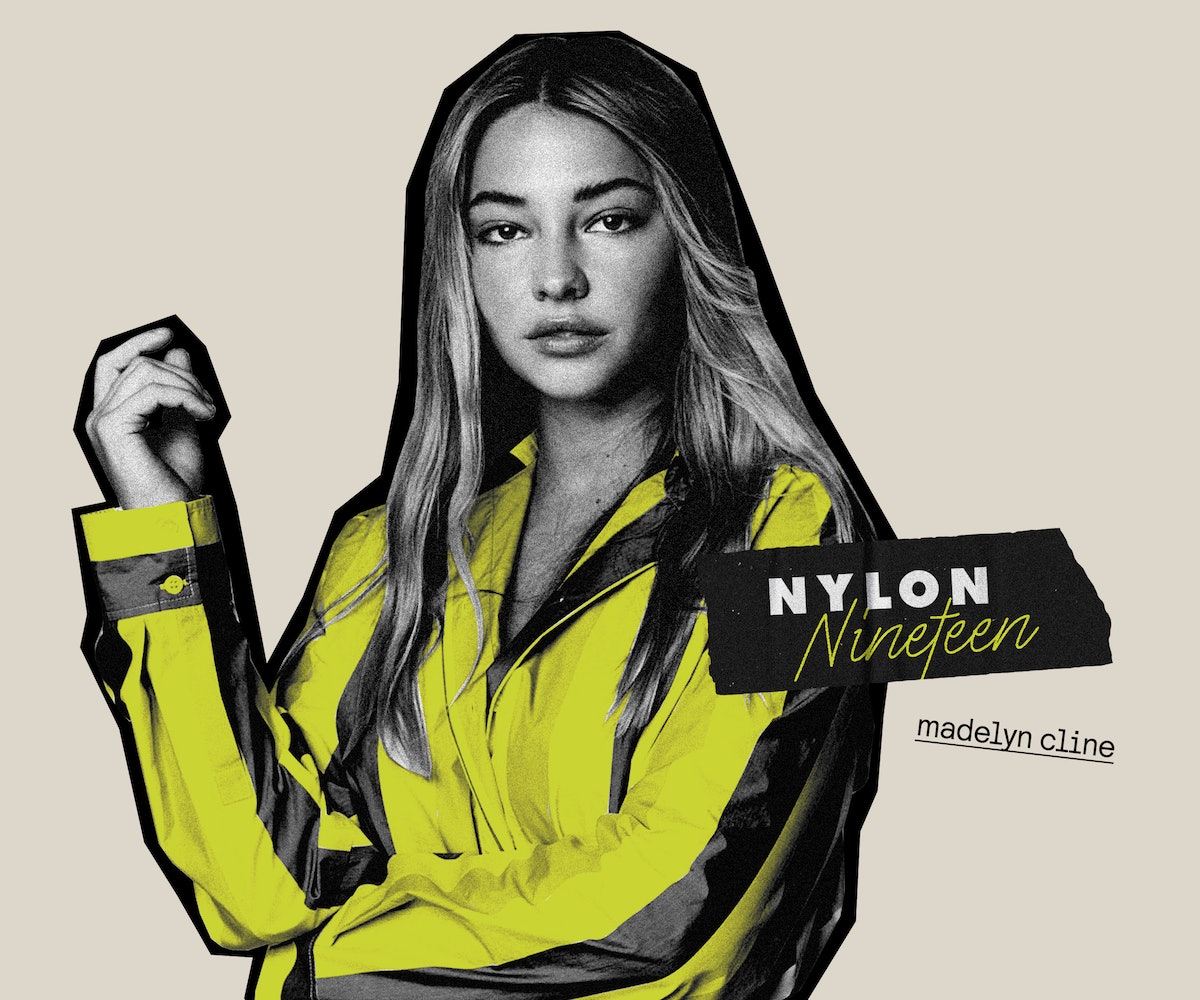 One of the few good things to come out of 2020 was the arrival of Netflix's must-watch teen drama Outer Banks — and with it, a new set of hot young stars to obsess over. Chief among them: Madelyn Cline. As Sarah Cameron, the 22-year-old American actress portrays the show's good girl gone bad, and thanks to a central love story with Chase Stokes' John B, it's no surprise that she quickly became a fan favorite.

While Outer Banks season two is confirmed and in the works, Cline can next be seen taking on an even more dramatic role in this month's The Giant. The mystery/thriller, co-starring Odessa Young, follows a small town girl who gets caught up in a local murder when her ex-boyfriend suddenly reappears in town. Here, Cline takes on the NYLON Nineteen, talking bad dates, first concerts, and what makes a good thriller.