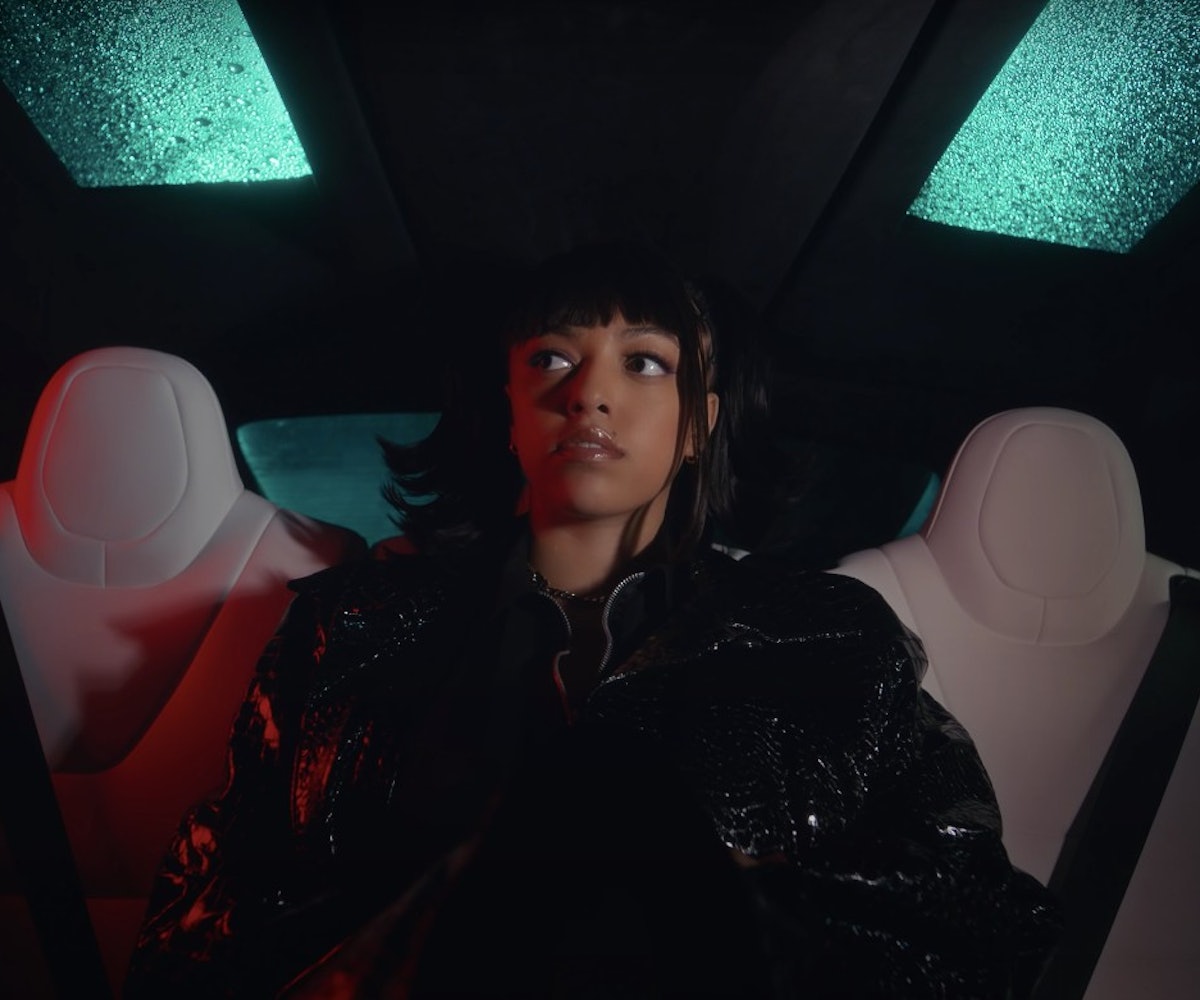 It's only been 20 hours since Mahalia dropped the music video for her latest single "Jealous," yet I've already watched it almost a dozen times. The moody, Rico Nasty-assisted track is the first release of 2021 for the U.K.-based soul and pop singer as she comes off a momentous 2020 which brought her her second BRIT nomination, a Grammy nomination and several MOBO nominations. "Jealous," with its a flickering guitar beat and sleek trap influence, is a confident venture into a darker pop sound, a direction that's equally matched by its fantastic and mesmerizing music video.

Shot by director Melody Maker, the visual takes a lot of cues from the 1998 crime film Belly, notable for a nightclub robbery scene that was shot with the set and actors completely bathed in an alien electric blue light. In "Jealous," Mahalia's not invading a club, but a former lover's mansion, all while chicly decked out in a puffy black jacket and mini dress and her hair pulled back into two perky, and perfect pigtails. It becomes a sort-of Matrix-y situation as she begins glitching in and out of existence while roaming the home, starkly lit up à la Belly. Meanwhile, hilariously, Rico hacks into the mainframe from some offsite location. But the vibe, the mood, and the attitude from Mahalia as she croons out "I been bad since when I was a baby" before she gets up to start dancing around the house almost...demonically?? Sometimes all you can do is just thank the visual for being so aesthetically pleasing to watch.

Of writing the song, Mahalia said in a press release: "It was a weird time... I was dealing with friends being super unsupportive about decisions I was making and I was struggling with navigating that. I’m really proud and excited about what came out in this song and I hope people love it in the same way we did when we wrote it." I know I definitely will — have a watch below.