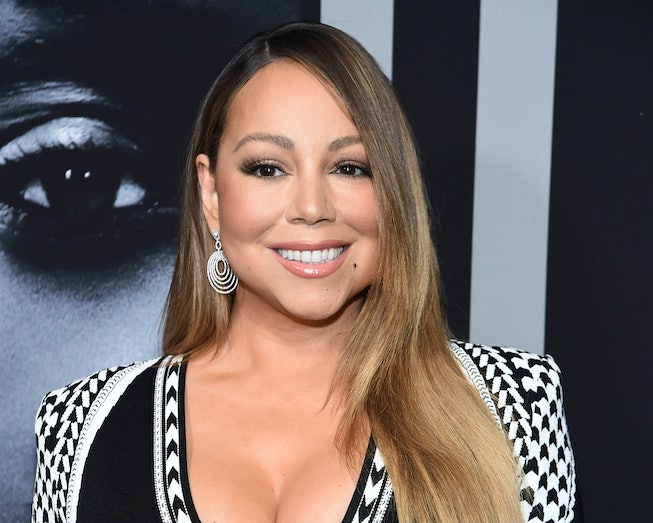 Anyone with an opinion worth listening to already knows that Mariah Carey is one of the greatest songwriters of our time. Now, the multi-Grammy-winner is ready to prove her chops as a different kind of writer, as she plans to finally release her long-awaited memoir, The Meaning of Mariah Carey.

Written with the help of popular Black style writer Michaela Angela Davis, The Meaning of Mariah Carey will hit bookstores on September 29th and will explore the artist's life through her own lens, without any outside interference.

The singer made the announcement in a tweet. "Sooooo many stories," she said, along with the imminent release date. The recent Songwriters Hall of Fame inductee also included a video that spliced together past clips of her teasing the memoir over the years. Featuring appearances from Watch What Happens Live, Yahoo! Entertainment, CNN, Variety's red carpet, and the Genius lecture she gave two years ago ahead of the release of her critically acclaimed album Caution, the video perfectly encapsulates the sense of humor Carey has always possessed about her prolific career while also reminding fans how long we've been anticipating this project.

On the book's website, Carey included a special letter to fans:

It took me a lifetime to have the courage and the clarity to write my memoir. I want to tell the story of the moments - the ups and downs, the triumphs and traumas, the debacles and the dreams, that contributed to the person I am today. Though there have been countless stories about me throughout my career and very public personal life, it’s been impossible to communicate the complexities and depths of my experience in any single magazine article or a ten-minute television interview. And even then, my words were filtered through someone else’s lens, largely satisfying someone else’s assignment to define me.

This book is composed of my memories, my mishaps, my struggles, my survival and my songs. Unfiltered. I went deep into my childhood and gave the scared little girl inside of me a big voice. I let the abandoned and ambitious adolescent have her say, and the betrayed and triumphant woman I became tell her side.

Writing this memoir was incredibly hard, humbling and healing. My sincere hope is that you are moved to a new understanding, not only about me, but also about the resilience of the human spirit.

Check out her announcement below. The Meaning of Mariah Carey is available for preorder now.