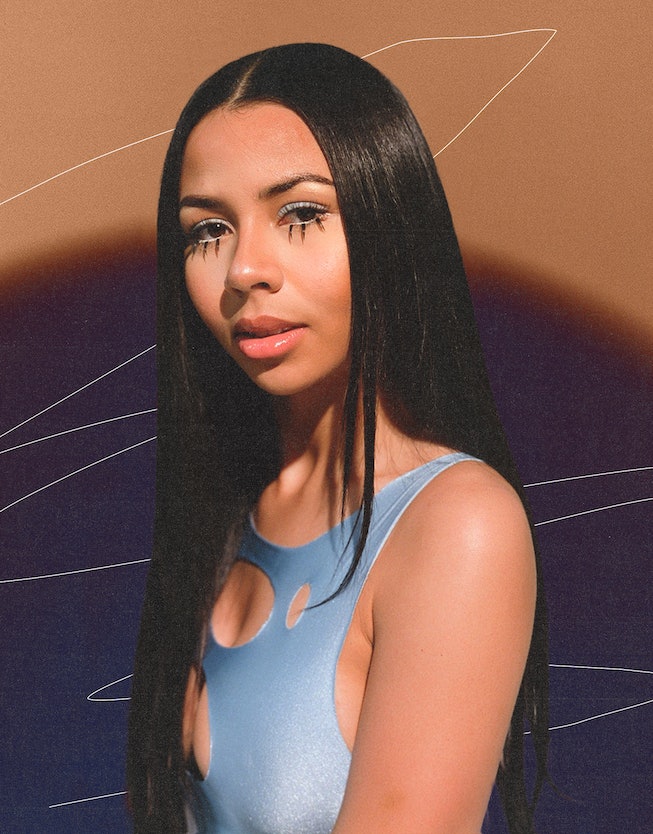 On her new album Ry Ry World, Mariah the Scientist navigates the pitfalls of love on her own terms. Two years after the 23-year-old’s hypnotic and soul-stirring 2019 debut Master, the rising melancholic East Atlanta R&B vocalist has returned with another album of emotive songwriting and atmospheric, off-kilter production that makes listeners feel like they’re soaring through a fever dream.

Formerly a biology major at St. John’s University in Queens, New York, with aspirations of becoming an anesthesiologist, Mariah the Scientist (born Mariah Buckles) rerouted to Atlanta in 2018 where she embarked on a musical pursuit, trailed by haunting relationships. Through expressions of misery, revenge, healing, and aided by intricate songwriting, Mariah reflects on her misfortunes in love through new eyes. On her latest single, “Aura,” she contemplates reconciliation with a past lover, although mutual trust is uncertain.

“When it comes to dating, I can always assume it’s going good, but I don’t force it,” she says of her own habits. “I used to be so impulsive in relationships, and I just think you should take more time with that.”

Ahead of the release of Ry Ry World, NYLON caught up with Mariah the Scientist over Zoom to talk about the influence Outkast has had on her music, putting heartbreak into song form, and the biggest lessons she’s learned about love.

How did Atlanta’s music shape your personal sound?

When I was younger, I didn’t know the difference between who was from Atlanta and who wasn’t. When Yung Joc, Lil Scrappy, and real standard Atlanta rap artists [were popular], you don’t acknowledge until you’re a little bit older that they aren’t from New York City. When you hear it on the radio, you practically don’t even know what they look like.

Back then, there were phones, but there was no Instagram. [You couldn’t] tune in to what was really going on. I still listen to a lot of Outkast. I love André 3000 and Big Boi. The lyricism, their music is very much lyric driven and storytelling. I really like that about them and I feel like I’ve attempted to adopt that. I like to think I have.

Do you have a favorite album by Outkast?

I would say ATLiens only because I love “Elevators (Me & You)” and “Jazzy Belle.” When you go back and listen to Outkast, there’s a lot of things that you catch that you didn’t catch when it first came out. When I think about music that’s out now, would it still have the same impact? I can never really tell because production is so different.

Do you think about that in terms of your music? Do you set out to make it timeless?

I’m kind of just doing it. I hear a lot of feedback about my production choices, but I think timeless music comes from the significance of the content. Now it’s like fast-paced, ass-shaking music, and there’s nothing wrong with that.

Sometimes I wish I could attempt to make club-charting music, but for some reason it’s just not what comes out of me. I also think about the fact that that music doesn’t last so long. It might last for a season, but there will be another ass-shaker hit next season.

Has your songwriting process changed since Master?

A lot of it hasn’t changed, to be honest. I still get my beats off of YouTube, I still isolate myself either in the car or a room when I’m trying to put something together. This time around, maybe if I started writing but didn’t finish it, I would finish it in the studio. I had never really done that before. I had to sit for maybe a day or even up to months to finish a particular song.

“Reminders” took 10 minutes to write. I love that song, it’s probably my favorite song. I started on “Beetlejuice” one month, and honestly I didn’t revisit it initially; I feel like it didn’t stand out to me. Months later, maybe even a year later, I don’t even know how long it took for me to finish writing that song, but eventually I did and people f*cking love that song. Before, it was a longer process, but now I’m more open to attempting to get it done in an actual work environment.

I want to get into the vision behind the Ry Ry World album cover. Your album covers are beautiful, but there’s always a sinister quality to it.

[laughs] I saw a painting and to this day, I still don’t know who painted it. I hope I have a screenshot somewhere because I want to post it soon and see if somebody can help me find who painted it.

There’s an image of this lady and there’s an arrow coming through her chest. She had a smile on her face but it looked like she was pulling [the arrow] out. I wanted to recreate a real-life version of it. Ry Ry World had a different title before; it was Little Monster and I was referring to Cupid. I felt like when you get shot by Cupid and you fall in love, it’s not supposed to be sad but it hurts. I can’t tell you how many times in a relationship it clearly [hasn’t] been a good situation, but I wouldn’t want to be anywhere else. That’s the point of that cover.

Your music is honest about toxicity and unrequited love. What do you want listeners to know about complex relationships?

Anything you do in a relationship, regardless if you stay in it, don’t stay in it, how you behave — I feel like that’s up to you. I personally don’t tell my friends anything about my relationships because it’s not about the judgment, but the feedback isn’t objective. It seems like it might be objective because you’re looking for unbiased opinions, but it’s still subjective because it’s how they would do things. I’m not saying that you can’t take advice or get wisdom from somewhere else, but you should listen more to how you want to move as a person and what standards you have for yourself. You have to know exactly what person you want to be first, what you want to uphold, and find somebody that complements that. Nobody should try to change the other person in a relationship.

“You can’t be the only player on the team trying to win a championship. It should be equal.”

What does the ideal relationship look like for you?

I wouldn’t say I’m super religious, but I’d like to find someone who’s faithfully guided. They’re grounded, but it’s not necessarily like they worship a particular religion. Someone who’s hard-working, someone who I can consider an equal is ideal for me. Someone who can keep up and complement my behavior because sometimes it gets a little unorthodox on my end.

Do you think that you could handle being with another entertainer or creative?

I’ve tried it before. “Entertainer” and “creative” I’d probably consider two different things. [Dating an] entertainer, I’d probably never do it again. I literally have a song called “No More Entertainers.” [Laughs] With entertainers, the lifestyle is so demanding and everything around them is so accessible. It brings less significance to the relationship, like nothing is important as it should be.

As you’ve experienced heartbreak, what have you learned about yourself?

That I’m so emotional, but you can turn emotions off and on. You can’t always consider somebody else before you consider yourself. A lot of my friends who are dating older men, they’re all super caught up in that sh*t and thinking it’s going to last forever, and it might, but you don’t want to constantly be there for what someone else needs.

I’ve learned that I have a lot to offer in so many ways, and it’s important to find somebody that can contribute to a similar goal. You can’t be the only player on the team trying to win a championship. It should be equal.

NEXT UP
Entertainment
Megan Thee Stallion Says A New Album & World Tour Is Coming In 2023
Entertainment
RM's "Yun" & 9 Other New Songs Out This Week
Entertainment
Caroline Polachek Announces Album ‘Desire, I Want To Turn Into You’
Entertainment
Precious Pepala Is Going From TikTok Covers To Her Own Resonant Songs