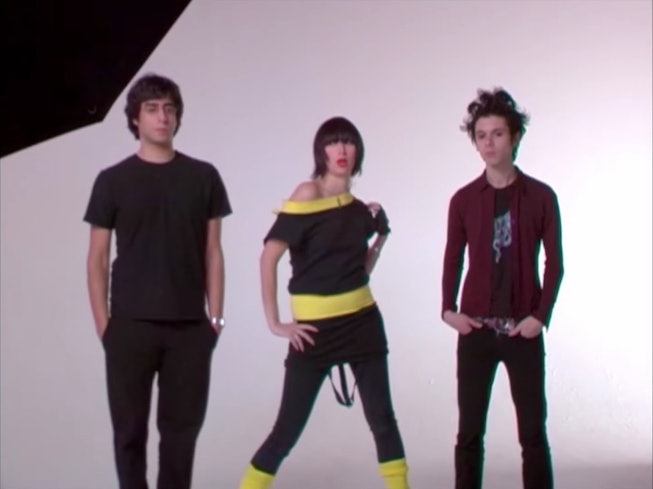 New York City at the turn of the millennium was the rock lover’s playground. Back in the ‘00s, the beginnings of the indie sleaze era were just getting started, fueled by the fire-hot, burgeoning careers of bands like the Yeah Yeah Yeahs, The Strokes, LCD Soundsystem, Interpol, and more. The shows were rowdy (and the drugs abundant), as the city transformed into a modern rock mecca. Now, a new documentary is aiming to retell the stories of that time period through exclusive archival footage, and cameos from some of the era’s biggest bands.

Per a press release, Meet Me In The Bathroom will explore the “explosive New York music scene of the early 2000s. Set against the backdrop of 9/11 and a world unaware of the seismic political, technological and cultural shifts about to occur, this acclaimed documentary tells the story of the last great romantic age of rock 'n' roll through the prism of a handful of era defining bands.”

Featuring never-before-seen footage and interviews with bands The Strokes, LCD Soundsystem, Yeah Yeah Yeahs, Interpol, TV on the Radio, and The Moldy Peaches, the documentary will examine New York City during a huge moment of cultural and societal transformation.

That atmosphere is acutely captured in the film’s first trailer, which previews riotous concert video and intimate backstage footage from Yeah Yeah Yeah’s Karen O and The Strokes’ Julian Casablancas. “Being a woman fronting a rock band, I was sensationalized,” O can be heard saying in the clip. “You could feel the love from the community.”

The documentary will have a tiered release, first premiering at the IFC Center in New York City and Los Feliz Theater in Los Angeles on Nov. 4. The film will later hold one-night-only screening events at select theaters nationwide on Nov. 8, and will ultimately be be available to stream on Showtime on Nov. 25.

Directed by Dylan Southern and Will Lovelace, the documentary is adapted from journalist Lizzy Goodman’s acclaimed 2017 book of the same name. Goodman is also credited as an executive producer of the project.