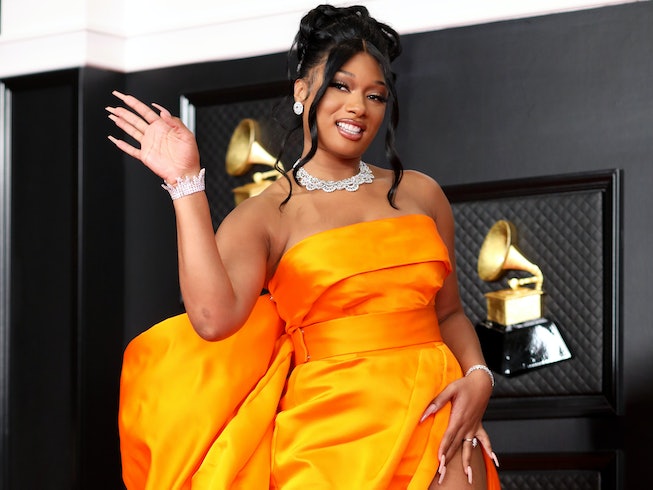 Like a battery, every pop star needs some time to recharge, and Megan Thee Stallion is taking hers now. The Houston hottie announced on Thursday that she’ll be going on hiatus for an unspecified period of time “to prepare for what’s next.”

The rapper changed her social media profile picture to one of her in what looks like an oxygen mask, initially making fans think she was priming to announce new music. Instead, she followed that up with two videos, one of which shows her floating inside a tank of water, and the other included the message of her hiatus.

“Megan Thee Stallion is recharging!” the text reads. “Due to the demands of the Hot Girl lifestyle <Meg> has now entered a period of regeneration to prepare for what’s next.”

In her absence, her team will be posting on social media on her behalf, the message continues, as her fans anticipate “the return of their Fearless Captain!”

On Twitter, Megan added: “I’ll be back when it’s time.”

The Texas native has been on the move since the release of her 2018 EP Tina Snow and its viral single “Big Ole Freak” catapulted her into the mainstream, so the hiatus is a long time coming. Megan Thee Stallion is also coming off a gargantuan 2020, during which she finally released her debut album, Good News, in November, and nabbed her first Billboard Hot 100 chart-topping hit with “Savage” Remix featuring Beyoncé.

Her streak continued into the new year as she dominated the 2021 Grammys, nabbing Best Rap Song and Best Rap Performance for “Savage” Remix, as well as the coveted Best New Artist title.

While it’s unclear how long Megan’s going to be out of commission — we’re sure her back hurts from holding up the entire industry for the last two years — the Houston hottie does have a stacked summer and fall to look forward to. She’s slated to headline and perform at several music festivals, including Rolling Loud Miami, Bonnaroo, and Life Is Beautiful.

NEXT UP
Culture
Senators Quoted Taylor Swift During Ticketmaster’s Hearing
Culture
The Madonna Biopic Is Being Scrapped
Entertainment
Samia On 'Honey' & Saying The Ugly Part Out Loud
Entertainment
Gracie Abrams & Gia Coppola On The Joy Of Free-Flowing Collaboration
Style + Culture, delivered straight to your inbox.