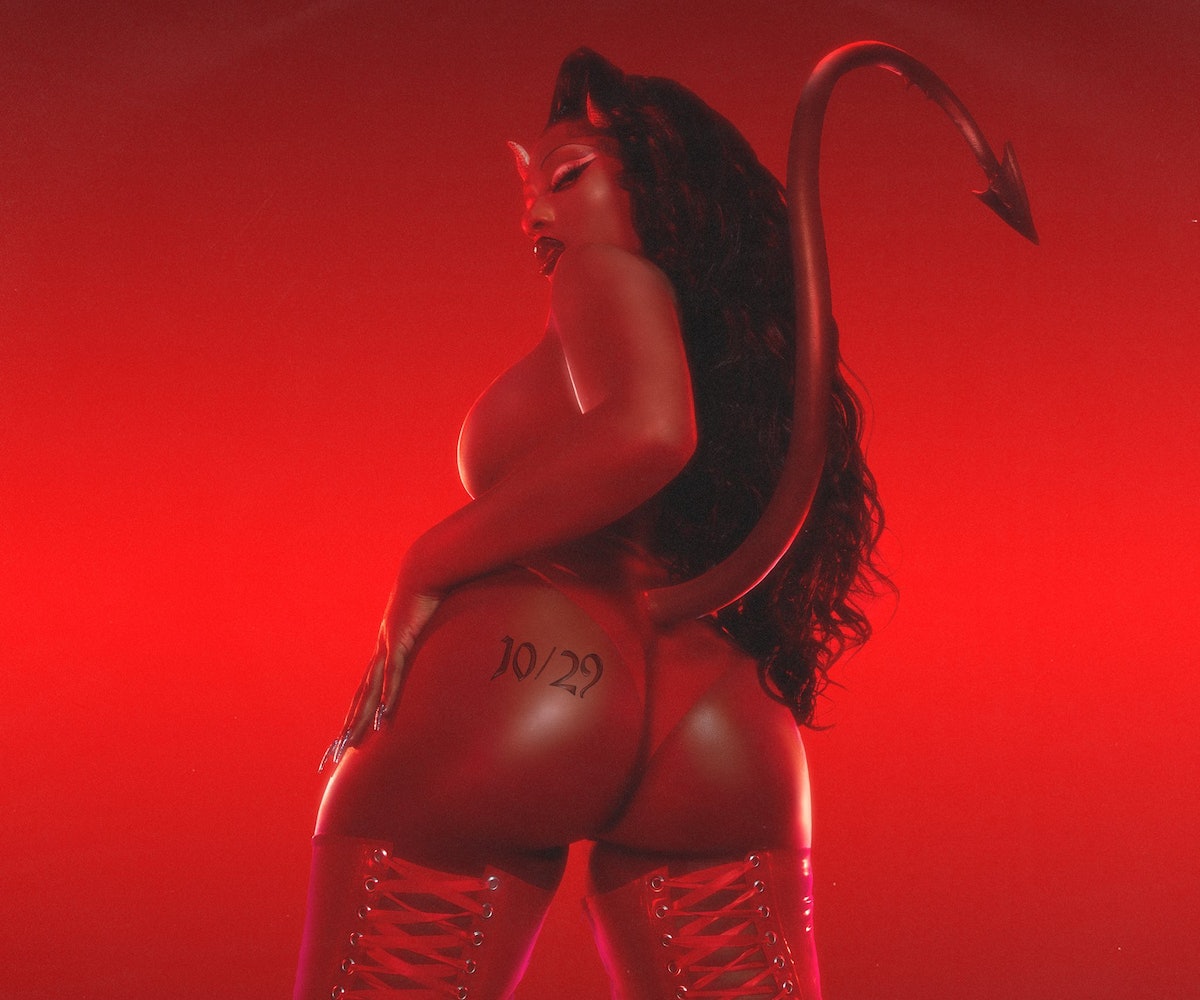 Megan Thee Stallion has been having a busy October. In the past few weeks, the rapper has released her own hot sauce, the Hottie Sauce, with Popeyes, readied to graduate from Texas Southern University, broken the internet with a tremendous Pinhead costume — and now, unveiled the details to her previously announced surprise project Something For The Hotties, out October 29, the day before Halloween.

She teased the release last week, tweeting that she’d be releasing some freestyles and a “few unreleased songs from thee archives.” Now, she’s unveiled Something For The Hotties’ full track list — and it’s definitely look to be a bountiful Hottie Halloween. The new collection of B-sides includes five freestyles and ten previously unreleased tracks including what looks to be a new version of “Thot Sh*t.” Diehard hotties will finally have the pleasure to stream fan-favorite freestyles including Megan’s Bless The Booth freestyle for DJ Booth, and the series of freestyles she released on YouTube earlier this year for #MeganMondays.

In a fan Q&A on Twitter, the rapper detailed more about the release, explaining that the songs are all from various projects from her past, and a few will even include her in a producing position. One track on the project called “Megan’s Piano,” will feature her playing the piano on the song’s beat, she wrote on Twitter. Other notable songs on the album include a track called “Bae Goals,” (which she calls as “bagels”) “Eat It,” and “Freakend,” which, according to Megan, is a “lil nastyyy.”

Megan Thee Stallion released her debut album in 2020. She’s since been a major collaborating streak releasing songs with BTS, Marshmello, Lil Baby, Maluma, and more. See the full track list for Something For The Hotties below.