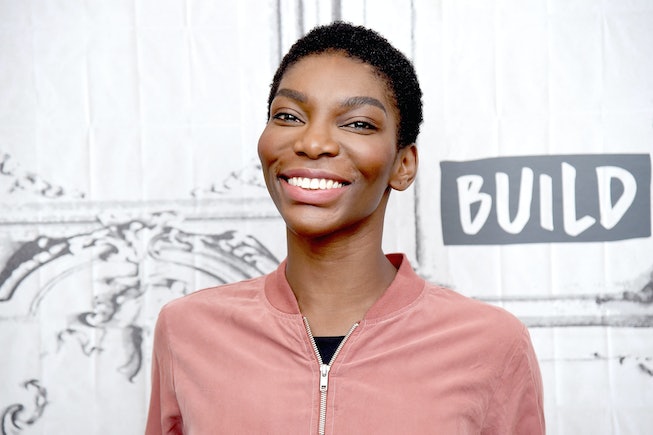 Michaela Coel is working on her debut book, Misfits: A Personal Manifesto, which will be published in the United Kingdom and the United States in September.

The Chewing Gum and I May Destroy You star will “make a compelling case for radical honesty” in Misfits. According to the publisher, the book will recount “deeply personal anecdotes from her life and work,” detailing her journey to reclaiming her creativity and power.

In a statement to The Hollywood Reporter, Marianne Tatepo, commissioning editor at Ebury who acquired rights to the book, said: "Ever since I first watched Chewing Gum, I knew that Michaela was one of a kind. I May Destroy You again proved this to be true, gathering fans everywhere and stealing the hearts of global icons from Adele and Seth Rogen to Barack Obama. By turns inquisitive, devastating, beautiful and hilarious, Michaela’s storytelling forever urges us to think again."

Tatepo describes Misfits as a book that "draws on the same kaleidoscope of ideas and emotions as her hit TV shows, and will inspire readers to reflect on their own relationship to power." "We are proud to be bringing Michaela’s unique voice to a whole new audience," she added.

"Michaela Coel is a true artist and I'm thrilled that as her North American publisher Holt will bring readers her bold vision for a path toward fully embracing ourselves," said Retha Powers.

Misfits: A Personal Manifesto will be published on Sept 7, 2021.

NEXT UP
Fashion
How to Shop Telfar's Rainbow Shopping Bag Drop Before It’s Gone
Life
October 2022's Must-Read Book Releases
Life
Gabi Abrão's Notes On Shapeshifting Will Soothe Your Existential Woes
Life
Rachael Finley Never Got A Guide To Life, So She Wrote Her Own