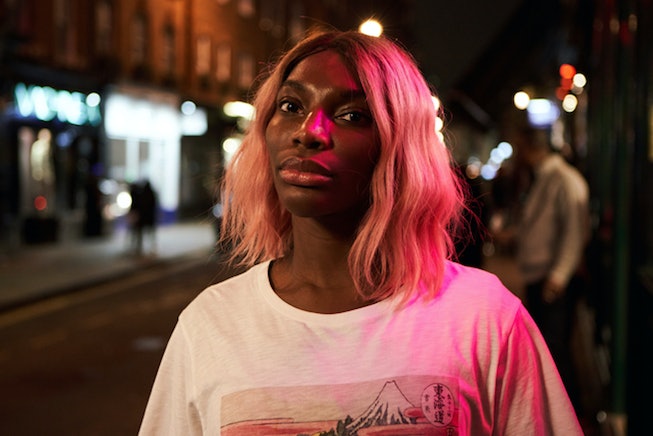 Everything Michaela Coel touches is gold. Her debut series Chewing Gum was an absurdist romp following a hyper-sheltered 24-year-old girl through life, and her latest series I May Destroy You is shaping up as a killer series in its own right. But the latter has a decidedly darker, more intense tone than Chewing Gum. Airing on HBO, I May Destroy You follows successful millennial writer Arabella Essiuedu, whose dreamy life begins to crack after she's sexual assaulted at a night club. Arabella is forced to reckon with her life, her friends, and her lifestyle, making for some unsettling and highly-engrossing television. I May Destroy You was created, executive produced, written and co-directed by Coel, and also inspired by her own experience. As the show unpacks trauma on screen, HBO created a digital campaign to support viewers as they watch.

“This series tackles consent and sexual assault in a way we’ve never seen before, not only because Michaela Coel brings her voice and unique touch, but mainly because it is centered around a Black woman’s perspective,” said HBO's VP of multicultural marketing Jackie Gagne. “When you look at the prevalence of sexual violence, communities of color are amongst the communities most disproportionally affected and also amongst those likely not to report. As the series unravels, we wanted to give our communities a space and the tools to unpack what they see throughout the series in case it resonates in a personal way.”

The campaign “Gathering the Pieces” intends to further the conversation about the show’s themes and to support viewers through the 12-episode season.

“The writing of I May Destroy You was what really made it all click for us — the way the series effortlessly weaves in consent and the natural unraveling of someone who has experienced trauma. We were inspired by the characters, the light and relatable friendships and dialogue,” Gagne explains. “For us, it all pointed to creating a campaign that carried the same lightness, while touching on the various themes of the series.”

Since June 4 “Gathering the Pieces” workshops have been taking place on Instagram Live, each designed to raise awareness of the series' main topics like dating, friendships, relationships, sexual wellness, trauma, and therapy. “If we were going to make these conversations accessible to all, we needed to lessen the barriers of entry for the community and meet them where they are,” said Gagne, referring to the accessibility of social media platforms.

In addition to the virtual workshops, HBO worked to prioritize Black and queer communities IRL. The network partnered with Creative Collective NYC and Therapy for Black Girls to curate a “seeding kit” that prioritizes self-care and communicating one's needs.