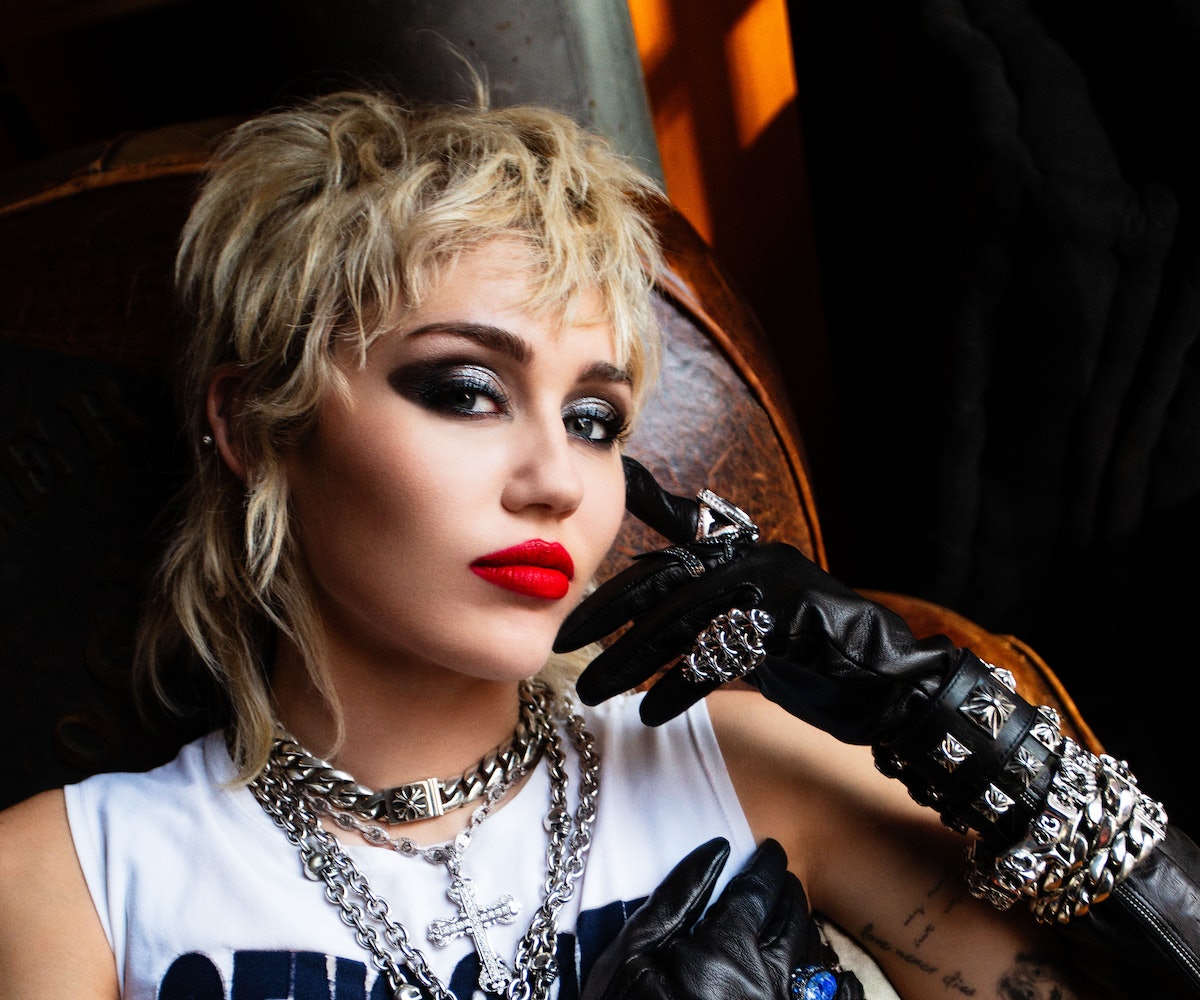 Miley Cyrus has perfected the rock diva howl. After channeling it on her recent covers of Goldie's "Heart Of Glass" and The Cranberries' "Zombie," she's deployed it again on her latest masterful cover of Holes' "Doll Parts." The pop star belted her way through the Courtney Love-classic during her Thursday appearance on The Howard Stern Show, after practicing it for the first time just the day before.

"No one's ever heard me do it, I never heard me do it until yesterday," she said at the start of her set. She completed her rendition while wearing a long Plasmatics tee that she later revealed on Twitter wasn't her original choice.

"There’s nothing like covering Hole at 6 am in a Plasmatics sleepy tee cause I got to the f*cking studio and realized my dress I brought was a jacket with no buttons lol," she tweeted.

Cyrus recently dropped her seventh studio album, Plastic Hearts, her take on classic rock-pop that features luminaries like Joan Jett and Billy Idol. Speaking about it in her latest Rolling Stone cover, she explained it as "everything that inspired me and created this cocktail of chaos that I am.”

She also got candid about her own musical evolution, stating: "I discredited myself for what I had been almost every step of the way. During Dead Petz, discrediting Bangerz. During Bangerz, discrediting Hannah Montana. During “Malibu,” discrediting Bangerz. It’s almost like when I have evolved, I’ve then become shameful of who I was before. What makes you an adult, I think, is being OK with who you’ve been before."

Watch "Doll Parts" below, and read our review of Plastic Hearts.