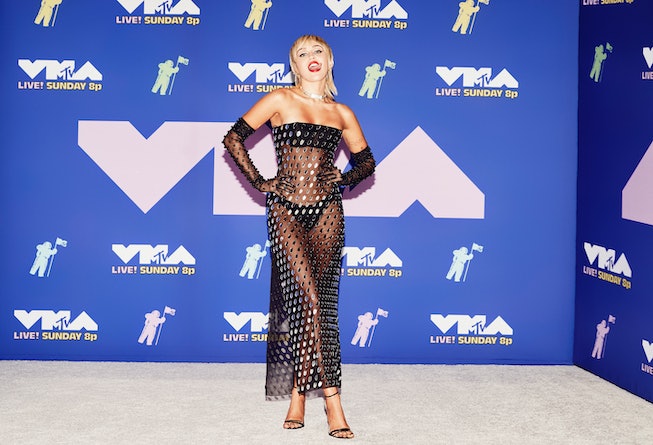 Celebrities are just like us — their relationships are never what they seem like from the outside. Miley Cyrus has felt the sting of romantic judgment more than most, and the singer set the record straight on her very public divorce from actor Liam Hemsworth during a stint on the Joe Rogan podcast. She naturally went about it in an extremely Miley-core and candid fashion: "[it] f*cking sucked."

For Cyrus, the heartbreak was one thing, but it was the incessant dog-piling that caused the most hurt. "What really sucked about it wasn’t the fact that me and someone that I loved realized that we don’t love each other the way that we used to anymore," she said. "That’s OK, I can accept that. I can’t accept the villainizing and just all those stories."

Cyrus added how the public's perception of the breakup timeline was completely off, and that a lot went down in between alleged major events, like her supposedly whirlwind relationship with Kaitlynn Carter. "It’s just amazing to me that the public kind of thinks that there is no gap in time that they didn’t see that could possibly be what led to this," she said. "Like, it’s not, ‘One day you were happy on the carpet, and the next you’re making out with your friend in Italy,' what the f*ck?"

Although Cyrus and Hemsworth were together on and off for approximately a decade, they split after eight months of marriage in August 2019.