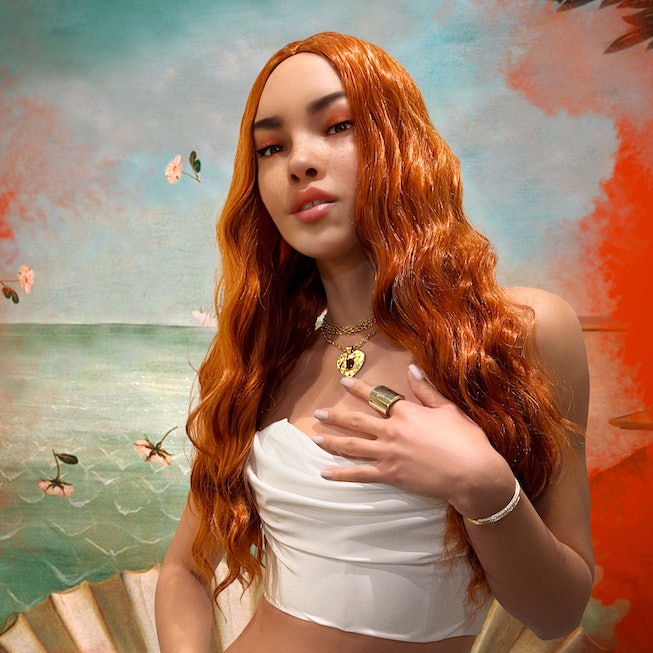 Virtual pop star Miquela is making her return to music. Six years from when she was first introduced on Instagram as a creation of Dapper Collectives (formerly Brud) — and five since her music debut with the song “Not Mine” — the perpetually 19-year-old digital influencer has now shared her latest track, “Masterpiece.”

Released on Tuesday, the fluid, mid-tempo R&B song is her first release since 2020’s “Hard Feelings,” which found Miquela singing some lyrics in Spanish. In a press release, it’s explained that Miquela wrote “Masterpiece” after reuniting with her ex Angel Boi, aka Nick Illian, who’s not another virtual influencer but a seemingly actual real person. He was the subject of one of her other previous songs, 2020’s “Speak Up,” and though the two “consciously uncoupled” in March 2020, they recently revealed they’d started dating again via an Instagram photo of them kissing (don’t ask us about the physics of this).

That being said, her new song is actually quite good, with her “voice” sounding extremely realistic and a far cry from the extremely Auto-Tuned vocals of her initial releases. (Was it an advance in technology, or did they just get a real human to do her singing? We’ll never know.) Over a laidback, poppy beat, Miquela waxes poetic about her love for her boyfriend, albeit a little ominously. “When you’re next to me, you make me feel like I’m a masterpiece/ One eye open ‘cause I never sleep/ I’ll hunt you down until you follow me,” goes the hook. It took me a few listens of the surprisingly smooth track before fully catching those lines, and realizing references to her non-realness were scattered throughout the song. (“My frame vibratin’ like you’re touching on my wires,” she whispers on the song’s opening lines.) We won’t deny that listening to it can certainly feel a bit uncanny, but the acknowledgment of her robot-ness does grant the song some appealing edge.

“Masterpiece has me feeling all the feels! But in the best way possible,” says Miquela of the track over email. “This song is about reconnecting with an old flame and how sometimes those feelings never change.”

It’s a cute sentiment, but also kind of scary considering she’ll never, ever age. Either way, you can hear “Masterpiece” below.