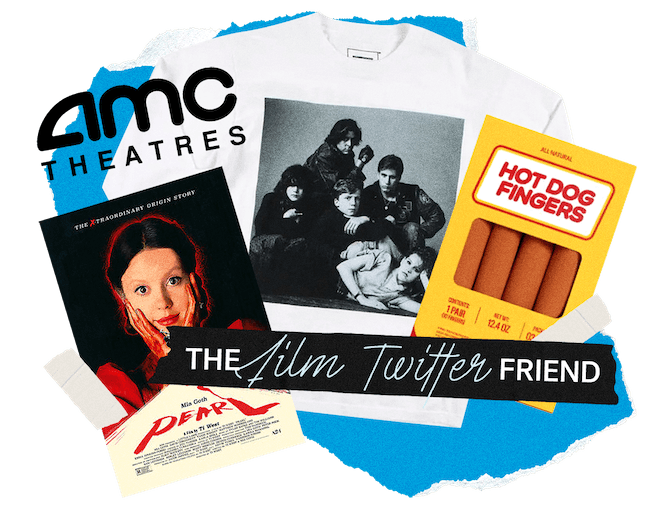 While directors debate the merits and pitfalls of superhero movies in the press, real film heads know that cinema is alive and well — you just have to know where to look. Below, find 12 gifts for creating the perfect movie night, whether it’s with your friend that loves a 100-part tweet thread on film theory, or a more casual fan.

Dive into a rich treasure trove of films new and old from around the world with the Criterion Collection’s subscription-based channel, launched in 2019. You can gift a subscription from a month up to a year.

Nicole Kidman said it best: we come to this place for magic. For the price of roughly one movie ticket, you can give the gift of AMC’s A-List membership, which includes three movies per month at the AMC location of your choice. Popcorn not included.

A24’s Everything Everywhere All At Once Hot Dog Fingers, $36

Step into the one of the more absurd dimensions of the multiverse with hot dog finger gloves and imagine life with sausage hands.

Grab a replica of the Scorpion King crew hoodie Daniel Kaluuya wears in Jordan Peele’s Nope to chase down the mysterious alien destroying his family’s ranch.

Show off your love of John Hughes’s The Breakfast Club with this tee from Dumbgood.

Think of Mia Goth’s chilling 9-minute Pearl monologue everytime you look at this poster of the A24 slasher film.

The Hollywood star’s best-selling memoir, which dropped this July, tells Davis’ life story — from growing up poor in Rhode Island to becoming one of the most celebrated actors of her generation.

Make movie night extra special with a portable projector that can be used both inside and outdoors.

And for said movie night, snuggle up under A24’s popular aspect ratio blanket.