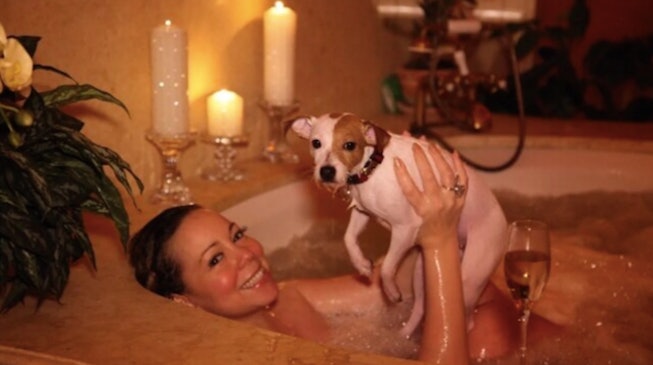 Before the Real Housewives let us into their million-dollar homes, before celebrity-helmed reality shows gave us a look at the lifestyles of the rich and famous, and certainly before influencers were giving tours of their mega mansions on YouTube and TikTok, there was Cribs.

The iconic show, which debuted over 20 years ago on MTV, had a simple premise: taking viewers inside the super-stylized, over-the-top homes of zeitgeisty celebrities in a way that felt at once totally staged and uniquely intimate. The series captured the nouveau riche excess of the early-aughts — with fridges fully stocked with Vitamin Water and Red Bulls and massive McMansions we can now recognize as being at least partially owned by the bank — and set a precedent for flexing on reality TV and social media that lives on to this day.

“Cribs didn’t simply introduce the celeb-reality genre, it created a blueprint for how we engage on social media,” said MTV’s president of content and chief creative officer, Nina L. Diaz, in a release. “We are thrilled to usher in a new era of this iconic franchise for audiences around the world.”

Past celebrities on Cribs included early-aughts icons like Mariah Carey, 50 Cent, Maroon 5, Kim Kardashian, Destiny’s Child, Hugh Hefner, Snoop Dog, Tony Hawk, and more. Whether the new iteration will find its place in a world now saturated with reality real estate shows, time will tell. In the meantime, stream past seasons of Cribs on Paramount+, or catch this best-of reel below: