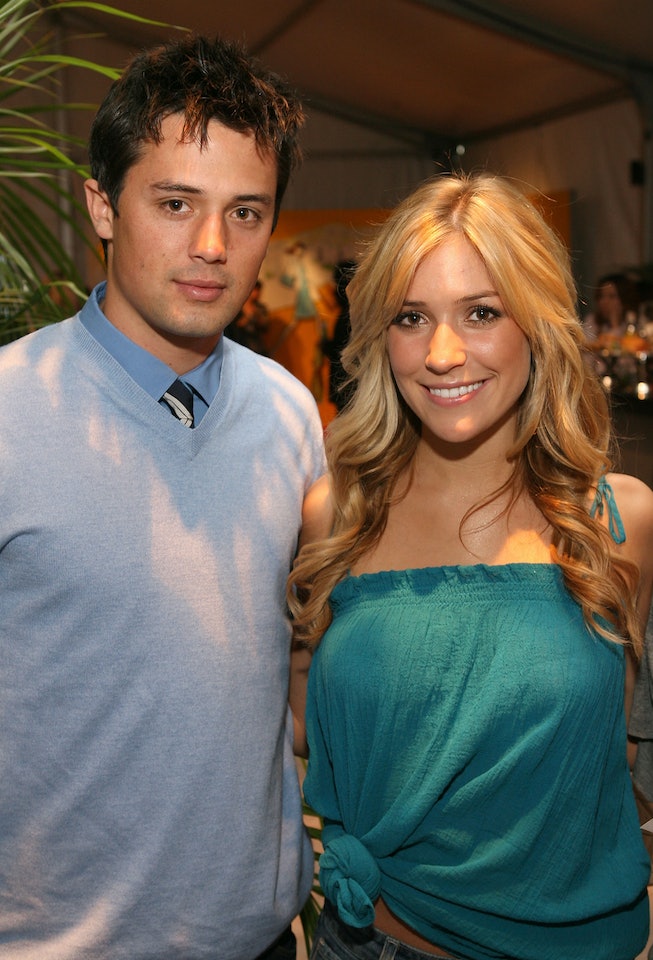 Two years before The Real Housewives debuted with its flagship Orange County franchise in 2006, there was Laguna Beach: The Real Orange County, which followed a group of teenagers living in the beautiful homes of the beachside Southern California enclave. Breakout stars Lauren Conrad, Kristin Cavallari, and Stephen Colletti instantly became famous for their vocal fry and, most memorably, their love triangle, and now a new podcast will revisit the early aughts, Hollister-dressed drama.

Back To The Beach With Kristin And Stephen will premiere this summer via Dear Media, Variety reports, with 40 episodes across two seasons already ordered. The podcast will revisit the first two seasons of the three-season MTV show, with Cavallari and Colletti revealing “salacious, scandalous, and sensational behind-the-scenes stories.”

The podcast will also have a hotline listeners can call to ask questions of the hosts, who once infamously got into a fight during a Spring Break trip to Cabo, with Colletti notoriously calling Cavallari a “slut” for dancing on a bar while Conrad looked on.

“Eighteen years later and we’re finally ready to revisit Laguna Beach: The Real Orange County,” Cavallari said in a statement provided to Variety. “Stephen and I can’t wait to take listeners behind the scenes of what really went down, how it impacted us, and to relive those high-school days — the good, the bad and the ugly.”

Colletti added, “I’m excited to take this ride down memory lane. I haven’t seen the series since the show aired and look forward to unpacking a treasure trove of anecdotes for our audience. Partnering with Dear Media and Kristin makes for a dream scenario. Kristin brings the heat and I’ll try to keep up… Some things never change.”

After Laguna Beach, Cavallari went onto star in her own docu-series, Very Cavallari, about her life as an entrepreneur, mother and wife to NFL player Jay Cutler, which ran from 2018-20. She also had a recurring role on Laguna Beach spin-off The Hills.

Colletti followed the tried and true hot-aughts-guy path of becoming a VJ for MTV’s TRL before making appearances on One Tree Hill and Hit The Floor. In 2021, he starred in comedy series Everyone Is Doing Great, which he co-created with OTH co-star James Lafferty.

All three seasons of Laguna Beach are currently streaming on Paramount+. Let the rain fall down!

NEXT UP
Culture
Spice Girls May Reunite For King Charles’ Coronation
A Night Out
A Night Out With Rachel Bilson
Culture
6 Shows To Binge Once You've Finished 'The White Lotus'
Culture
Netflix Is Seriously Cracking Down On Sharing Passwords
Style + Culture, delivered straight to your inbox.