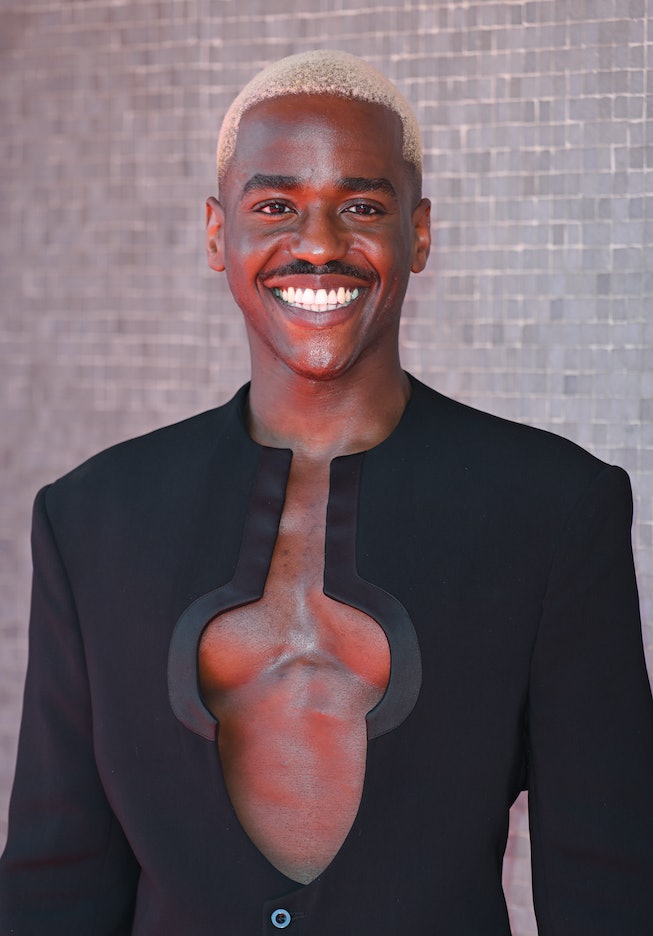 Attention all Doctor Who fans, there’s a new physician in town! British actor Ncuti Gatwa has been named as the next Doctor Who following Jodie Whittaker’s three-season run on the fan-favorite BBC series.

“There aren’t quite the words to describe how I’m feeling,” Gatwa said about landing the role. “A mix of deeply honored beyond excited and of course a little bit scared.” Gatwa’s historic casting makes him the first Black man to helm the show. The Rwandan-born actor captured the public’s attention as Eric in Netflix’s high school comedy Sex Education. His charming delivery and quick wit made him a breakout star in the series, and now he’ll be able to share his talents with a brand new audience.

Keep reading for everything you need to know about the next chapter of Doctor Who and Gatwa’s exciting new role:

Doctor Who is about a supernatural doctor.

Doctor Who originally aired in 1963 and has run for 26 seasons, with 13 different actors playing the lead role. Each new iteration of the series incorporates a fresh cast, but the general concept remains the same.

According to the series synopsis, Doctor Who follows “an eccentric yet compassionate extraterrestrial Time Lord” who “zips through time and space to solve problems and battle injustice across the universe.” Despite his supernatural abilities the doctor appears to be human. His adventures usually include traveling through the universe in an “occasionally unreliable” spaceship called the TARDIS (Time and Relative Dimensions in Space).

BBC confirmed Gatwa’s role as the first Black Doctor Who.

BBC confirmed the news Sunday afternoon before taping the BAFTA’s (British Academy Television Awards). When Gatwa arrived on the red carpet, he was congratulated and asked about his new job. Watch his sweet reaction in the clip below:

Gatwa is excited to play the lead character.

Though he expressed some (understandable) nerves about taking on the beloved role, Gatwa is ultimately excited to work on the series. In a press statement, the actor said, “This role and show means so much to so many around the world, including myself and each one of my incredibly talented predecessors has handled that unique responsibility and privilege with the utmost care. I will endeavor my utmost to do the same.”

Gatwa nailed his audition for Doctor Who.

According to Variety, Jodie Whittaker announced her departure from the series in July of 2021, and fans quickly began speculating about who would replace her. Eventually, rumors spread that Michaela Coel, Olly Alexander, and Lydia West were front-runners, though their potential involvement in the casting process was never confirmed.

Eventually, Gatwa nabbed the lead role. Russel T. Davies, the new head writer for Doctor Who, shared that the Rwandan actor nailed his audition. “Sometimes talent walks through the door and it’s so bright and bold and brilliant, I just stand back in awe and thank my lucky stars,” he said.

Davies posted a selfie of himself and Gatwa to his Instagram account, with just two hearts and a plus sign, and a blue sign as the caption. Doctor Who fans quickly put the clue together and began celebrating in the comments. Gatwa rejoiced in the news as well and posted the same clue on his own Instagram feed. Davies then commented, “The future is here.”

The Next Season of Doctor Who is currently in the works.

BBC has not announced a release date for the next season of Doctor Who, but Gatwa’s casting reveal means that production is underway. Hopefully, we won’t have to wait too long to see his spin on the infamous character.

NEXT UP
Culture
6 Shows To Binge Once You've Finished 'The White Lotus'
It Girl
Madison Bailey Is Embracing The "Elegance" of Being in Her Mid-20s
Culture
Netflix Is Seriously Cracking Down On Sharing Passwords
A Night Out
A Night Out With Rachel Bilson
Style + Culture, delivered straight to your inbox.