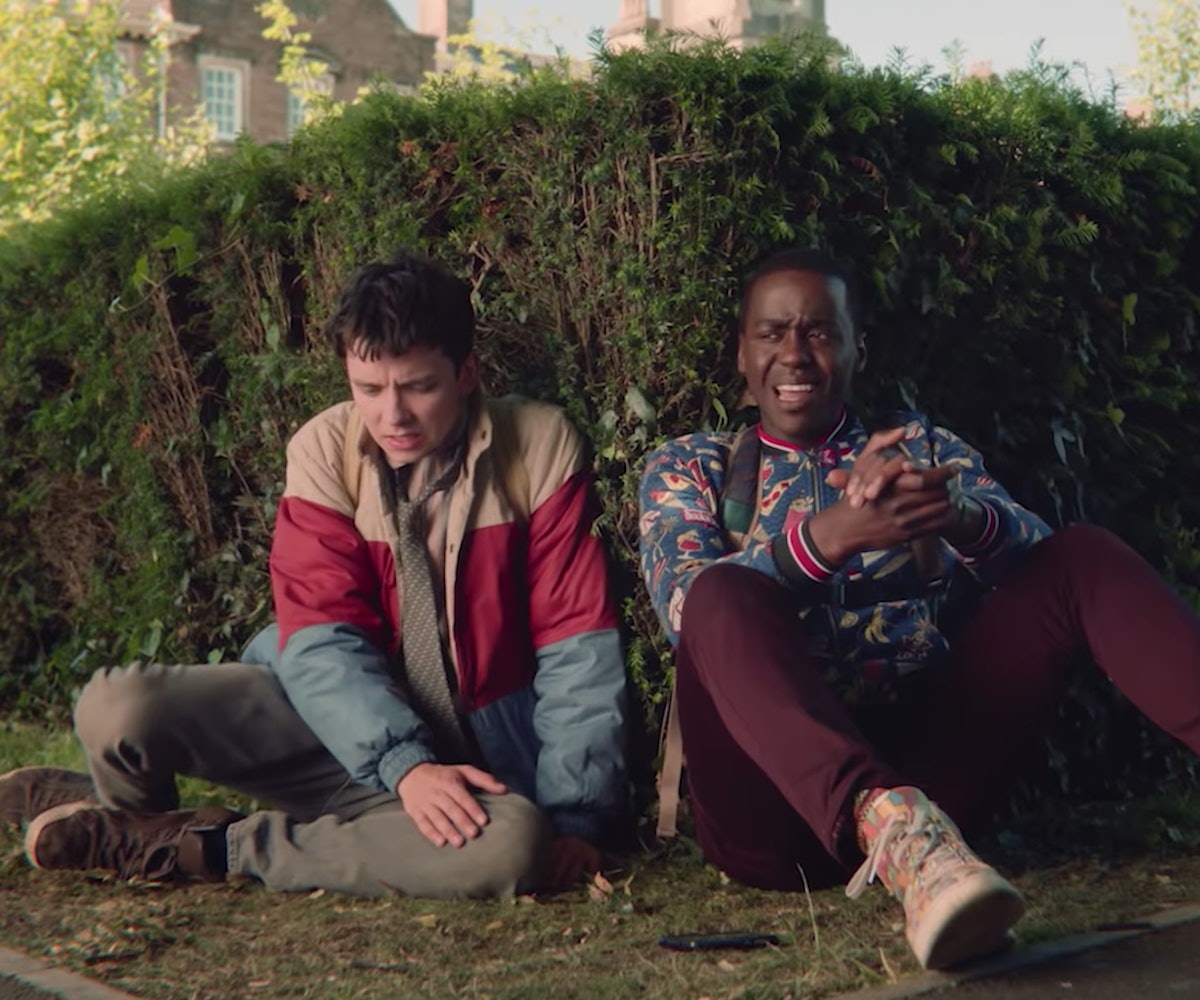 Sex Education is not your average teen dramedy, and that's a good thing. There's currently a resurgence of original series that take us back to the painful, humiliating moments of pubescence, but Sex Education comes with an additional bonus: It offers relevant-to-real-life facts, information I know that I desperately craved when I was in high school, but only learned about through embarrassed Googling or whispered questions to a friend.

Watching Sex Education, I think about how incredible it would have been to have this show in front of me as I nervously fumbled through my teens. The questions these teen characters are seeking answers to (in a potentially asbestos-riddled bathroom stall, no less) were the same ones my friends and I were afraid to ask; but, we never received the answers without an overload of stigma and misinformation.

The actors on Sex Education may be older than their characters, but they all remember the feelings of cluelessness that accompany that time. "I don't remember learning how to put condoms on," Emma Mackey, who plays Maeve Wiley, said to me as we chatted over the phone about the show. "I don't remember talking about anything other than just reproduction."

"The show is a testament to how beautiful it is to see a group of female writers, a female camera operator, a female director, and strong lead female characters who could all have a narrative of their own regardless of whether or not there are men in the story," Mackey tells me.

And it isn't just young women who are getting a more nuanced portrayal on screen. Eric, played by Ncuti Gatwa, is a gay, Black, and conservative character, whose struggles get fleshed out, rather than just glanced upon. In a particularly touching scene, we see—and feel—the magnitude of Eric meeting someone else who is also out and proud; we experience his reckoning of self as well as how this complicates his friendships. We see him realize he deserves better from even his best friends, and we see him claim that. On top of Sex Education being a show that makes sex education accessible and approachable, it prioritizes the normalcy of self-love and self-care in the same way and shows how they're all important aspects of living a fully realized life.

"It's kind of made a lot of key things, in the topic of sex, like, cool," Gatwa says. "Like, consent and safe sex and communicative sex are all things we talk about the show, and Sex Education has made them cool in a way by making them into this young vibrant teen drama."

Rather than being embarrassed by the unknown facts of life—by leaning a little too hard (or not enough) into a certain emotion, by believing urban legends, by not having all the answers right away—maybe, by watching Sex Education, teens will see themselves represented and feel a bit of relief that they're not alone in this world.

"We tried to demystify all the taboos, and all the mystery that comes along with sex, because it shouldn't be such a taboo subject," Gatwa says. "We're all here because of sex."

Sex Education is available for streaming on Netflix now.