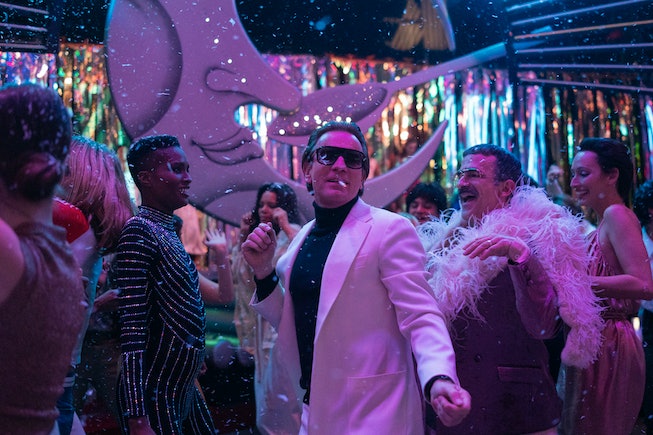 The family of the Halston is speaking out on the Ryan Murphy-produced Netflix series surrounding the life of the late fashion designer. The series, which premieres on the streaming platform on May 14, is based on the 1991 book Simply Halston: The Untold Story by Steven Gaines, published a year after the designer’s death. So, what’s all the fuss about?

Here’s everything we know about the new Netflix series.

Born as Roy Halston Frowick, Halston was a designer who rose to fame in the ‘60s after he designed the famous pink pillbox hat worn by first lady Jackie Kennedy to her husband’s inauguration. He was known for his celebrity clientele and famous friends, including Greta Garbo, Anjelica Huston, Lauren Bacall, Andy Warhol, Margaux Hemingway, Elizabeth Taylor, Bianca Jagger, and Liza Minnelli. Halton died in 1990 of an AIDS-related illness.

Who’s in the cast of Halston?

Murphy tapped Ewan McGregor for the role, despite the actor having never heard of the designer beforehand. André Leon Talley gave the actor his stamp of approval for his portrayal, telling The New York Times, “That Scottish man pulled it off. The way he pivots with the cigarette dangling between his two fingers and says ‘Bah-len-ciah-aaaaa-gah,’ so it’s almost musical with the ‘B’ floating on air, it was so perfect.”

What does Halston’s family think about the Netflix series?

Halston’s niece and the founder and director of the Halston Personal Archives, Lesley Frowick, released a statement saying that she was never contacted about the series.

As a custodian of the archives, I was not consulted in any way,” she said. “[I] was unaware [of the show] until the project was near completion and the promotional activity started.”

Frowick said that the 2019 documentary by Frédéric Tcheng, also titled Halston, should be “considered the comprehensive record” of the designer’s life.

“These people who didn’t know him well, perhaps because they were mere children during the Halston apogee, often like to focus on the most sensational parts of the story,” she said of the Netflix series. “Those details tend to be overinflated rather than placing the rightful emphasis on his incredible gift as an artist, the depth of his contribution to American fashion, his work ethic and his success as one of the first true American fashion influencers.”

When will Halston premiere on Netflix?