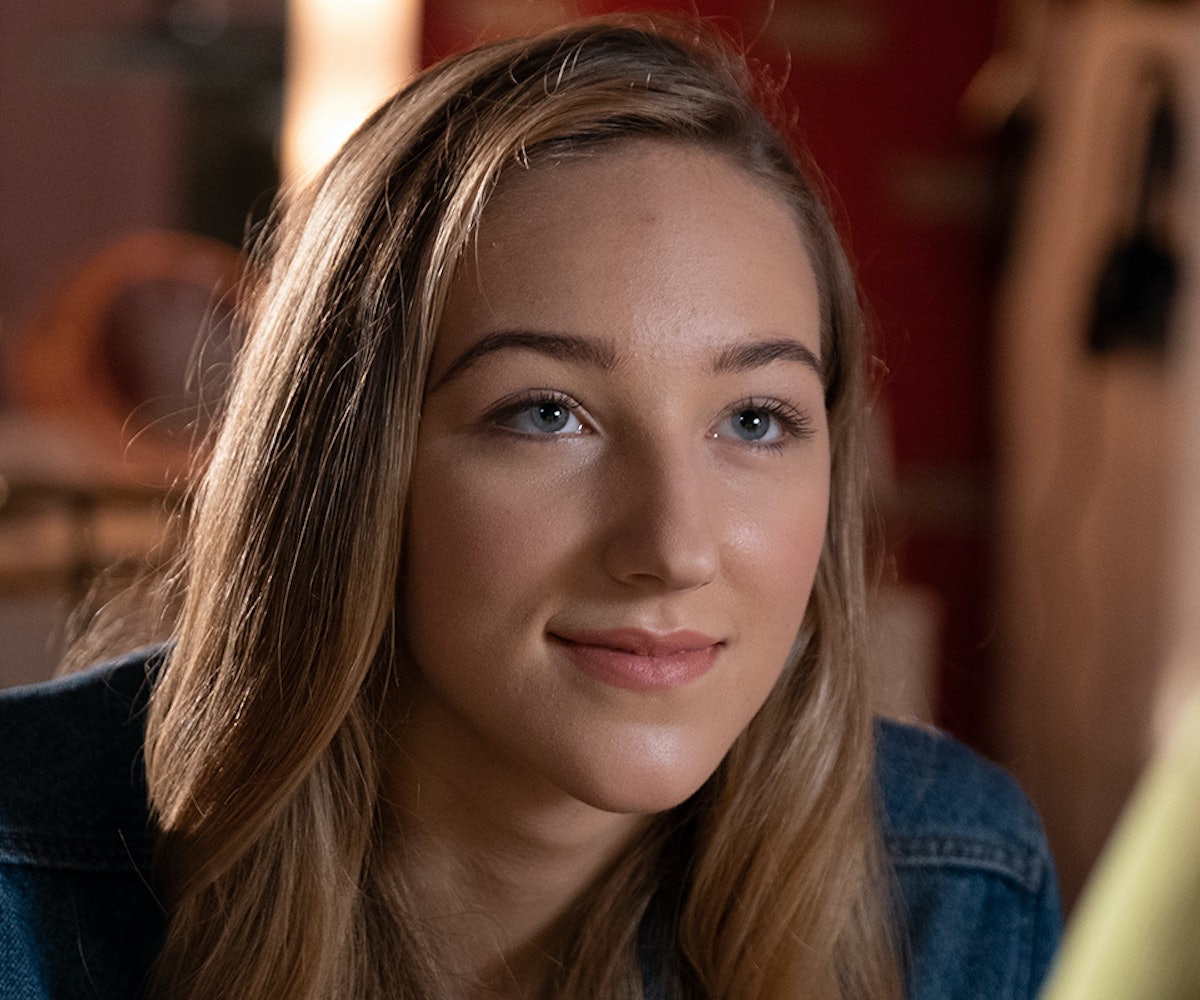 When the trailer for Netflix's Tall Girldropped, I received no less than five texts from friends saying: "Hey! It's you!" And they were not wrong. I stand at 6-foot-2 (and a half!), having reached 6-feet by the time I was 13 years old. A lot of my childhood experiences mirror those of title character Jodi, the 6-foot-1 "tall girl" played by Dance Moms alum Ava Michelle. I can easily recall the bullying (although Tall Girl's repeated "How's the weather up there?" is mild compared to actual insults of vicious teens), the lack of clothing options, being shorter than maybe three boys in my grade. These are all real inconveniences adolescent tall girls face. But, predictably, as soon as the trailer dropped, people took to Twitter to criticize the film's message, labeling it as problematic for its supposed portrayal of a tall, white girl being the victim.

I don't disagree that there are issues with what is absolutely a cheesy, teen rom-com with a poorly constructed script. But, as with most issues, Twitter users have forgotten about nuance, and are addressing this movie in a very binary way. Twitter discourse leaves no room for gray areas, and so movies are simply seen as either problematic or not, and people either lead lives that are oppressed or adversity-free perfection. Which, yeah right. In truth, while tall, thin, white cis-women (like myself) are not a marginalized identity, there is an undeniable visibility and isolation that comes with being a woman above 6 feet tall, and it's connected to and reflective of the bigger issue of societal stigmas against women who take up space—figuratively and, in my case, literally.

My body has been the subject of unwarranted comments from strangers for as long as I can remember. This reached a pinnacle when I worked in retail and received comments about my body at least once a day. Why do people think other people's bodies are grounds for reflecting personal insecurities and prejudices? I have my own emotions and insecurities to sort out, I do not need to take on the burden of veiled backhanded "compliments" while in the middle of eating dinner or grocery shopping.

For years now, I have compiled a list of things I have been asked and told hundreds of times, as well as some out-of-pocket one-off comments. These usually get answered with a fake laugh and a number of scripted responses. Here they are, below.

If, while reading this list, you recognized a question you've asked someone taller than you before, please take it as a cue to stop asking me, every tall woman you see on the street, and

similar questions about how tall we are. I can assure you that we do, in fact, know that we are tall, are reminded of it on a near-daily basis, and don't need to be reminded about it ever again.

is available for streaming on Netflix now.